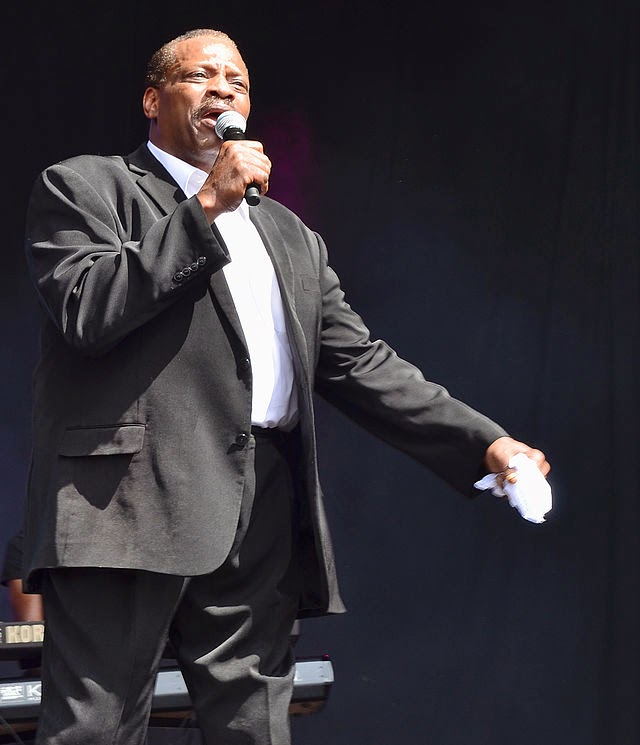 Black music legends active in the 80s and still alive to do be doing it today are in rather short supply, so it tends to be a good idea to catch ’em when you can. So it was with an opportunity to absorb one of the biggest soulful crossover acts of the late 1980s when Alexander O’Neal included Oxford in his UK tour of assorted 02 Academy venues.
An atmosphere of anticipation among the mainly 40 and 50-something crowd had been strategically generated as Alex’s imposing figure emerged out of the shadows a fashionable ten minutes late. The spotlights illuminated a few wrinkles – hardly surprising given his 61 years – but otherwise, he was still the same old Alex of his heyday – smart suit, smooth flirtations with the ladies, and a few jovial antics to endear him further to the crowd.
It was straight into party mode with the uptempo ‘What Can I Say To Make You Love Me’. After this came the cordial introduction from the former American footballer and member of legendary Minneapolis funk group The Time, (before he was fired by Prince for reportedly ‘looking too black’.) He promised songs from each of his first three albums and introduced his band, most of whom looked far too young to have been around in his own glory years. A couple more numbers from 1987’s ‘Hearsay’ followed, the album which paved his crossover into mainstream recognition. The stage was nicely set for some midway mellowness as a house full of cheers brought in his classic slow jam ‘If You Were Here Tonight’. Then, in the absence of Cherelle, (there’s never one around when you need one,) one of his youthful backing singers took her place for the duet ‘Saturday Love’.
Surprisingly, ‘Criticize’ didn’t close the show. That accolade, (by which time the group had overshot the 11pm curfew due to the late arrival), went to an extended version of the same year’s ‘Fake’. Ironically, the only big Alex anthem missing besides the other Cherelle duet ‘Never Knew Love Like This’, was 1986’s soul weekender favourite ‘What’s Missing’.
Sweating profusely throughout, there were moments where the Big Man looked out of breath, and he neglected to hit some of the trickier high notes of his recordings. But this is hardly surprising, given that the rigours of such a hectic schedule would be a challenge even for a man half his age. So respect is due for one of the few big soulful voices of the 1980s still keeping the nostalgia of that wonderful decade alive in the flesh.

THE SOUND OF FREEDOM, SHOW 83

THE SOUND OF FREEDOM ON THE PEOPLE’S VOICE. SHOW 13. PLAYLIST & LISTEN AGAIN LINKS