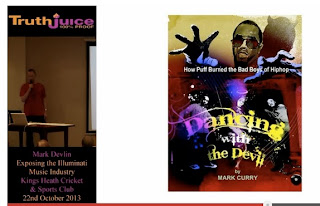 December’s first diary item was a speaking engagement at the Truth Juice gathering in Liverpool, having delivered my talk on the dark forces manipulating the mainstream music industry at Truth Juice Birmingham in October. This was the same talk, but with some content on The Beatles tweaked very slightly, just to raise some interest levels in their home city. I put in the motorway miles on Monday 2nd, joined for the trip by fellow OX105 DJ Ritchie Paul. I’d resolved myself to slogging there and back the same day, but Ritchie talked me round to us getting an overnight Travelodge room each, and in retrospect, it was a mighty fine decision!  It was an enjoyable evening, and I went away knowing far more than I did when I arrived thanks to some fascinating interval chats with organiser John O’Brien and some of the others in attendance. Mindblowing stuff.
OX105 remains on hiatus for the time being while the current management team look to secure new studios. I submitted my show on Saturday 7th December in the form of a two-hour non-stop mix, with the new sounds ranging from various styles of house and garage, through to underground hip-hop and some conscious reggae. You can still grab a download of that one from the Soundcloud page here:
On other matters, my Good Vibrations podcast series gained a couple of additional volumes this month. First off was a totally fascinating trip with the dude known simply as Freeman, who goes in on occult symbolism and ancient civilsations, and shows connections to the entertainment industry, and in particular the music scene. In this version, he also recaps on how he predicted the (s)eletions of US presidents George W Bush and Barack Obama, as well as the false flag terror event that was 9/11. Well worth a listen! 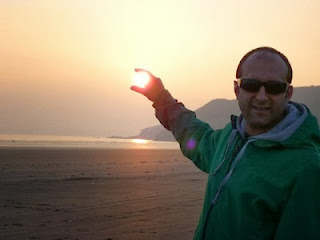 The other volume was with a good mate of mine, Marcello Assini, aka Cello, from Swindon. Much props to him for self-publishing his first book, Blue Green & 12, postulating the influence of extra-terrestrial/ inter-dimensional forces in genetically manipulating humanity in aeons past, and still having a spiritual and mental hold over us today. Cello discusses the book in our chat, which contains details of how you can get hold of it and support a very well-meaning guy in his work. Back to the DJing, and Saturday 14th saw me heading to Norway on a Stupid O’Clock flight to Bergen. This was for a reunion with the DJ don Teddy Touch with whom I’d played a few times before in his West coast hometown. The Easyjet flight was probably the most unpleasant I’ve ever experienced, with worrying degrees of turbulence from a strong jet stream chucking the plane all over the place, and the seat belt signs staying on for the whole flight. I was mighty relieved when the Airbus touched down on tarmac! 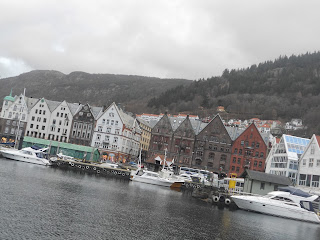 The scenery on the bus ride from Flesland Airport is great – pine trees and fjords flanked by picturesque wooden houses. Bergen’s a charming city in itself, too. The gig was at the Tabu niterie, and Teddy had briefed me that it was a proper hip-hop affair, with some old school classics going down alongside the contemporary bangers, and a good measure of dancehall. It pissed down with rain all night, but this didn’t appear to affect numbers. By 1am it was jumping, and the tuneage got a great reaction as Teddy and myself finished the night with an impromptu back-to-back session. 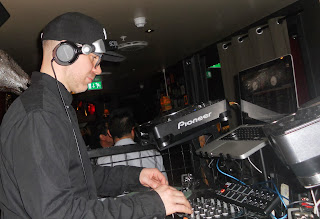 I had time on Sunday for some sightseeing, musing on just how goddam expensive everything in Norway; clearly, salaries are appropriately inflated in tandem. A main course in any restaurant will set you back at least 20 quid, with even the smallest bottle of water getting on for a fiver! 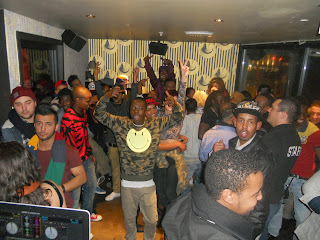 Regrettably, my Sound Of Freedom show on The People’s Voice channel has been flanked with difficulties this month, resulting in pre-prepared episodes not going out for two Saturdays straight. The station was plagued with an attempted remote cyber attack during its third week on-air, resulting in a team of engineers working round the clock to restore service. Do you think someone’s getting a bit worried??

Additionally, it became clear at a very late stage that the TPV playout system is only configured to handle video MOV files complete with graphics, and that the straight audio recordings of my show couldn’t be accommodated until they were converted to movie format. This proved to be monumentally time-consuming, and I’m convinced I reincarnated at least three times in the hours and days the formatting and uploading took. The issue then arose of swear words in some of the tracks, which had to be cleaned up in line with OFCOM rulings for the show to keep its pre-9pm watershed timeslot. Now that we know what we’re dealing with, regular service is all set for weekly Saturdays. Shows 2 and 3, which aired on 21st and 28th December respectively, are now downloadable from here:
By Saturday 28th, I was happy to have largely avoided Silly Season in clubland, without the painful influx of pissed-up office party revellers that make any DJ’s life a misery with their braindead comments at this time of year. (Black Sheep Mag’s Ewen Ramsbottom had something to say on the overall subject of Christmas songs, by the way, in this little rant. I headed into London to play at Zefi, a bar/ restaurant in Chelsea, whose sister venue, Jak’s, was the location of my New Year’s Eve gig a few night’s later.
My experience at OX105FM for the past couple of years has been invalauble in prompting me to re-invent myself as a DJ, and become much more diverse in the styles I play. On one level, it’s an ideal way of avoiding the horrific garbage now infesting the ‘urban’ music market. On another level, though, it can never be bad to push yourself creatively, and get inside new genres. For year-end, I put together two mixes that showcased some of the tracks I’ve enjoyed playing the most on the radio. The first is an excursion through various styles of garage and house, the second offers a complete antithesis, focussing on some of the lesser-heard underground hip-hop joints of the past 12 months – where my heart will always be. They’re both available to listen and download from my Soundcloud page on the following links:
Last NYE I narrowly escaped being beaten up by grizzled old gangsters in Hemel Hempstead for not playing Auld Lang Syne at midnight. This year, I anticipated a slightly better breed of clientele. Fortunately Jak’s in London, whilst not exactly the Ministry Of Sound, was a relatively pain-free and fun affair.
… and that was 2013.

MD GUESTS ON CAN YOU HANDLE THE TRUTH IN MUSIC, VOLUME 8