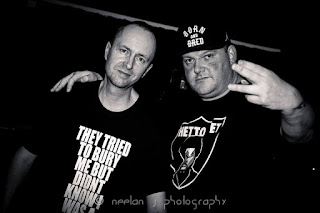 One of my most consistent, and favourite gigs of the past ten years, has been the Block Party sessions run by Clyde, aka DJ Bligeness. These take place in the beautiful, but unlikely location of Cumbria’s Lake District, and I’ve made the long road trip many times since 2005. The session came to an abrupt end in 2012, and it looked as if it was over for good. Clyde had persuaded the new management at The Wheelhouse in Bowness to let him stage a reunion gig this month, however, so I headed up on Thursday 3rd full of anticipation for one last blast. It pissed down all the way, but the foul weather didn’t stop an enthusiastic throng from turning out to hear us drop 90s and early 2000s hip-hop and R&B anthems. For myself, this was made all the more special by the fact that every single tune was played off vinyl, the first such gig I’ve done for many years. Big props to Neelan J Photography who took a stunning set of photos on the night, which you can catch here: 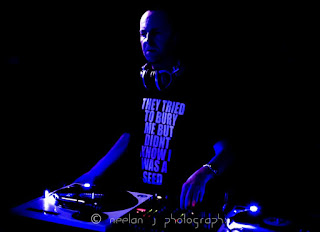 Following a hugely satisfying night, I headed for my hotel room, before catching up on much in-car CD listening back home the following day.

I’d had a bit of a warm-up for my all-vinyl set a couple of weeks before, when I delivered a guest mix on Danny Prince’s So It Goes show on Destiny 105. This was a ‘Back To ’95’ hip-hop mix, paying tribute to that most stunning of years. Many a banger was dropped. You can listen back to that mix right here:
On Saturday 5th, I was headed to another frequently-attended gig. The Soul Train Weekender in Prague is Europe’s longest-running urban music night, taking place every Saturday since 1998. It recently changed location from Radost FX to the new Dance Club & School, and this month marked my first visit to the new spot. Landing at 11pm, I raced by cab to the venue to join head-honcho Rico and long-standing resident Big J on the set. The following day offered a bit of unwitting tourism as I headed via coach to Brno, Czech Republic’s second city, then a cheap Ryanair flight to Stansted. I could write a book about the things I do to keep travel costs down. Oh, hang on, I have. 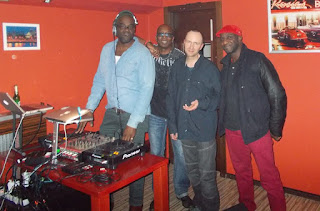 I guested on three shows this month to drop my perspective on various matters. Two of them were on the on-line Conscious Consumer Network which involved me appearing in-vision, (rather than in my preferred voice-only format.) The first was with the Dutch researcher Johan Oldenkamp on his Pateo TV show. A few days later, I was back on the same network with Natalie-Marie Hart for Crystal Kids TV. This marked the first time I’d addressed an audience of young teens about the reality of what’s going on in the world, and I tried my best to get some crucial information across, but remain mindful of the listening demographic. The third show was an appearance on the Chaos & Theory podcast of Neal Veglio, a radio news journalist who I’ve known for the best part of 20 years. This marked my debut addressing a mainstream, ‘normal’ listenership, giving them truth that most would probably have been hearing for the first time.

You can listen back to all three shows on the following links:
The tables were turned a couple of weeks later as Johan appeared as a guest on my Good Vibrations podcast. This was a timely volume examining the true origins of the strange rituals we go through each year at this time, all in the name of ‘Christmas.’ Johan drew on his Wholly Science research work to explain how this event is a mix of Pagan customs all rooted in the Winter Solstice, and a whole lot more besides. This fascinating information all resides on the following link:
I began the podcast with snippets of a couple of mindblowing hip-hop jams addressing the cold hard truth about Christmas, and these also kicked off the latest instalment of my Sound Of Freedom conscious music podcast, which can be listened to or downloaded right here: 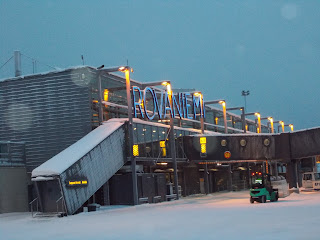 We made some family memories on Friday 18th, as we headed off on a day trip to Lapland, Northern Finland, flying out of Birmingham. It was an exceptionally long day, involving getting up at 3.45am and getting home at 11pm. But there was value in knowing it was a once-in-a-lifetime experience, crossing the Arctic Circle in temperatures of minus 16, with snow, reindeer and huskies all around.

I was happy for an opportunity to get out of the house by Boxing Day evening. Being a Saturday, I delivered my Sound Of Now show as normal on Oxford’s Destiny 105. This was the first of my two retrospective shows on 2015, revisiting many of the big tunes it’s been my pleasure to drop on the radio over the past 12 months. That one is right here:
The music consisted of the three Sound Of ’15 mixes that I’ve just produced; one focuses on my favourite garage and D&B output, one on deep and soulful house, and the third on the top-notch R&B and hip-hop, (that’s REAL R&B and hip-hop, kids!) All three are available for free download on the following links:
The last event to mention was New Year’s Eve which, like the previous year, saw me spinning at Room 112 in Cardiff. The night was notable for marking the wife’s emergence out of parenthood-imposed clubbing retirement, just like old times. I drove back sober as a judge, arriving home at 5.30am. 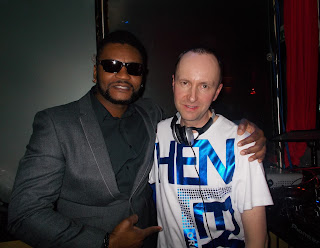 And that was it for December and for 2015. This year certainly won’t go down as one of my favourites, either in terms of world events, or personal situations. In fact, it was probably the most challenging and difficult so far, and I know many others will be with me on that. Being realistic, 2016 will doubtless involve more of the same. But on the flipside, every problem is a solution waiting to be applied, and with the amount of people now waking up to great truths about what’s really going on in this worldwide lunatic asylum – and armed with the free-will resolve to finally do something about it – I feel we’re in for some fascinating times never before experienced by humankind. Either way, it’s our choice, collectively, which way everything will ultimately pan out. It always has been.