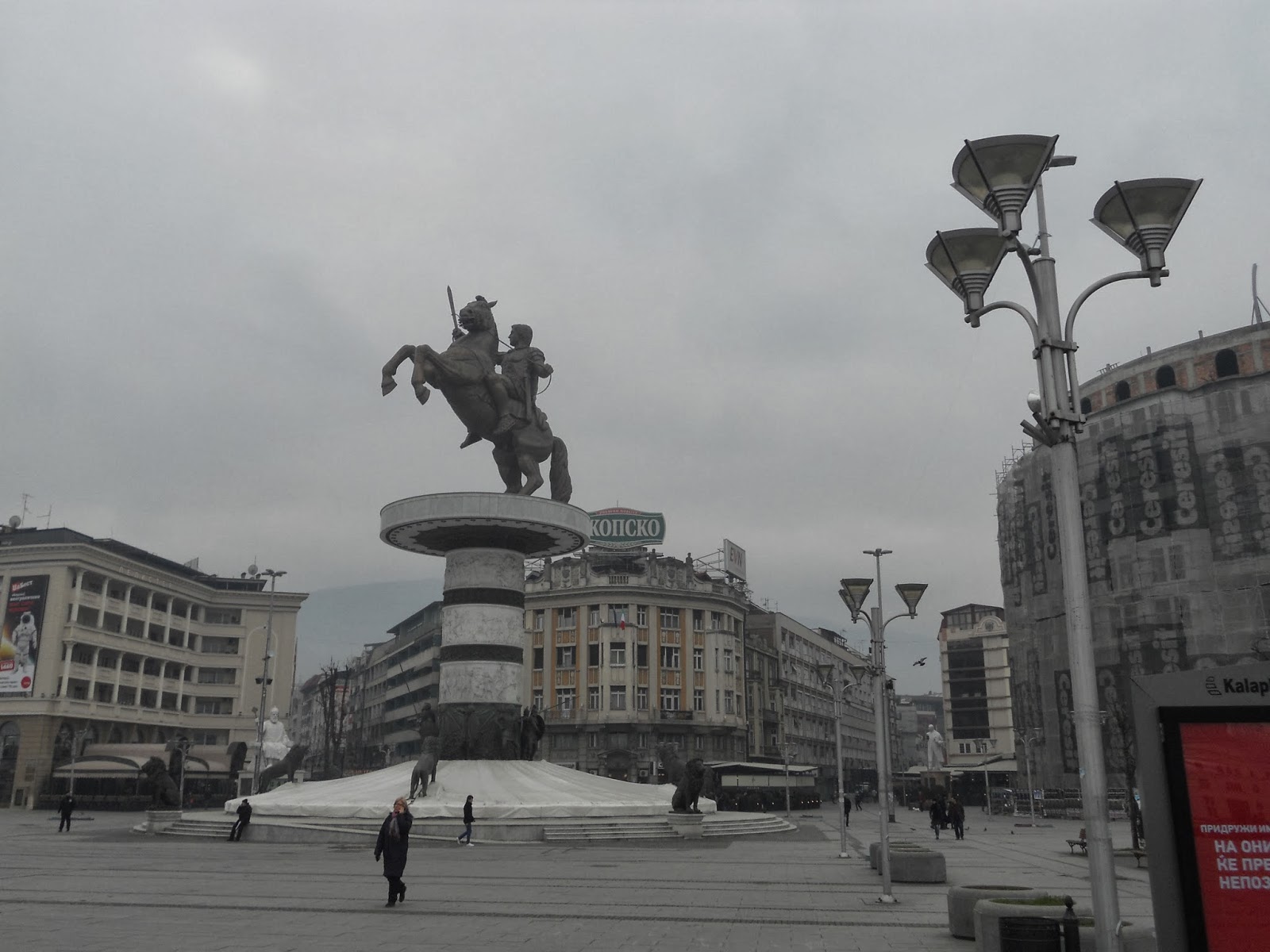 Recent attempts to get to Macedonia haven’t gone too well, making it feel like the Universe was trying to tell me something. My scheduled visit there in January 2012 had to be aborted when Wizzair’s flight to Skopje was delayed by a marathon eight hours. By the time it got going it was pointless to fly as I was already too late for my gig in neighbouring Kosovo, so after an entire Saturday in shitty Luton Airport I went home. The next attempt, in December, also had to be aborted when I went down with a painful bout of tonsilitis. 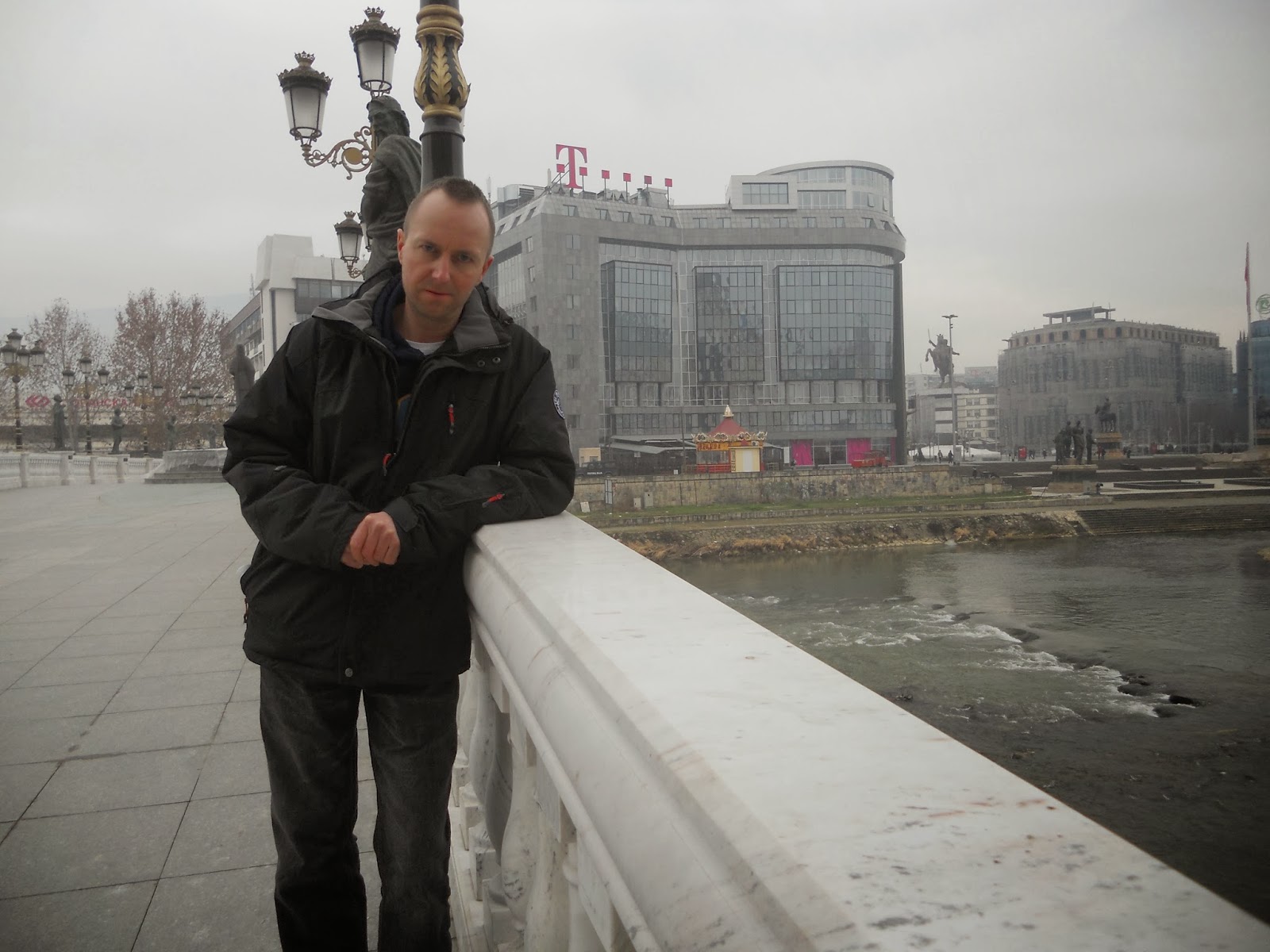 Happily, fortunes fared better on Friday 7th February, as I made it out of Luton, braving the hazards of Wizzair once again. I hooked up with Skopje’s DJ Boogieman for a chat and a bite to eat later in the day in the Macedonian capital, doing my best to brush up on the fascinating and chequered history of the Macedonian region and nation, and its sometimes stormy relationship to its neighbours. The following day, after much exploring and photo-taking of the many sombre-looking statues in the city centre, Boogieman drove us up the imposing and misty Vordur mountain, which overshadowed my hotel. The last part of the ascent was done by scarily high cable car. The top platform offers an amazing view of the whole of Skopje on one side, and barren wilderness on the other. Stunning stuff. 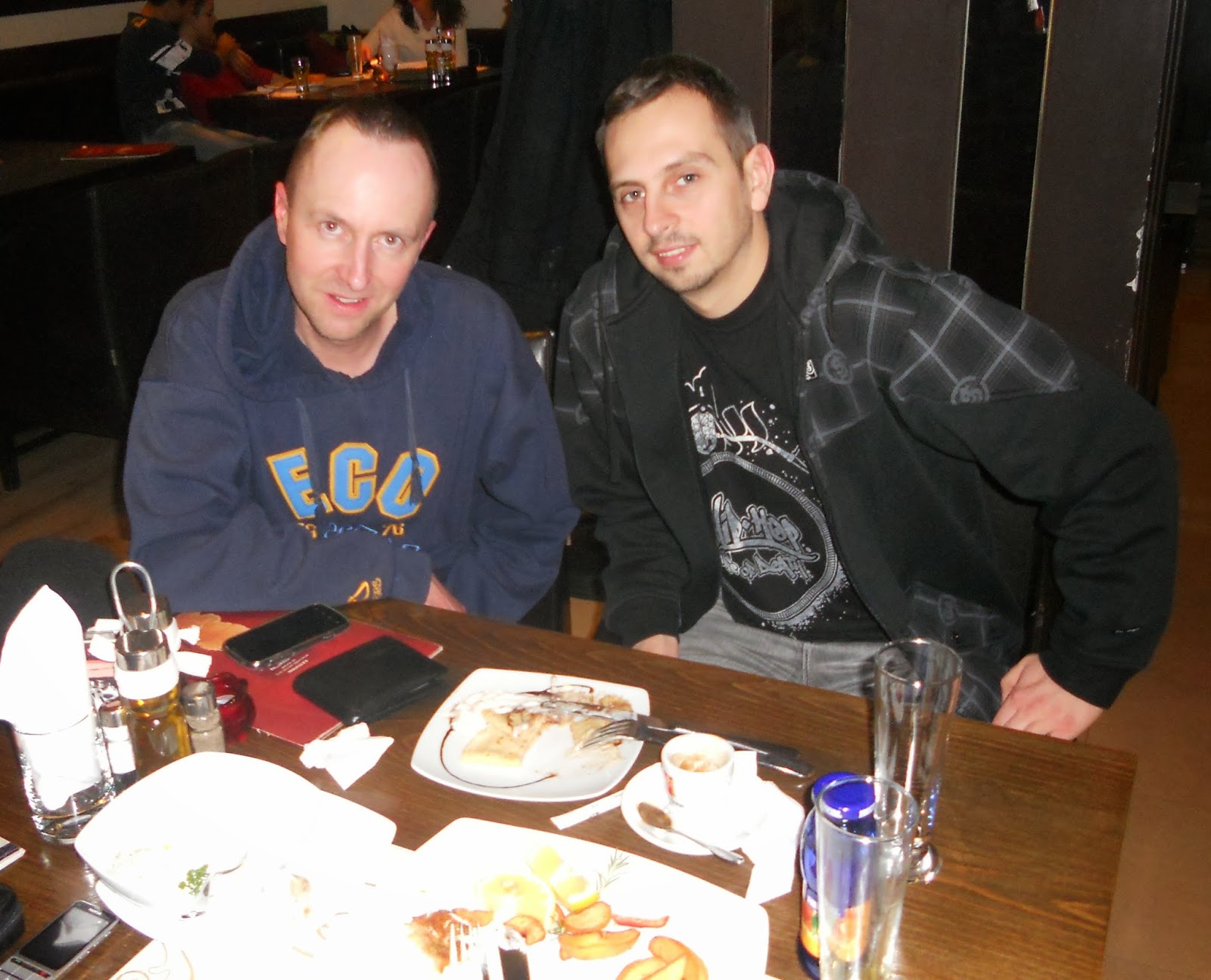 At 8pm on Saturday I was picked up by the manager/ owner of the Duplex venue in neighbouring Kosovo, for a road trip over the border to the capital city of Pristina. This replaced the gig I’d missed a couple of years earlier, and I was grateful to get the opportunity to see another of Europe’s countries for the first time. The sparse Macedonian landscape gave way to a more American feel as we entered Kosovo – neon-signed motels, diners, gas stations, furniture warehouses and car showrooms all the way. A bunch of us enjoyed a late pizza meal before heading over to the Duplex bar. 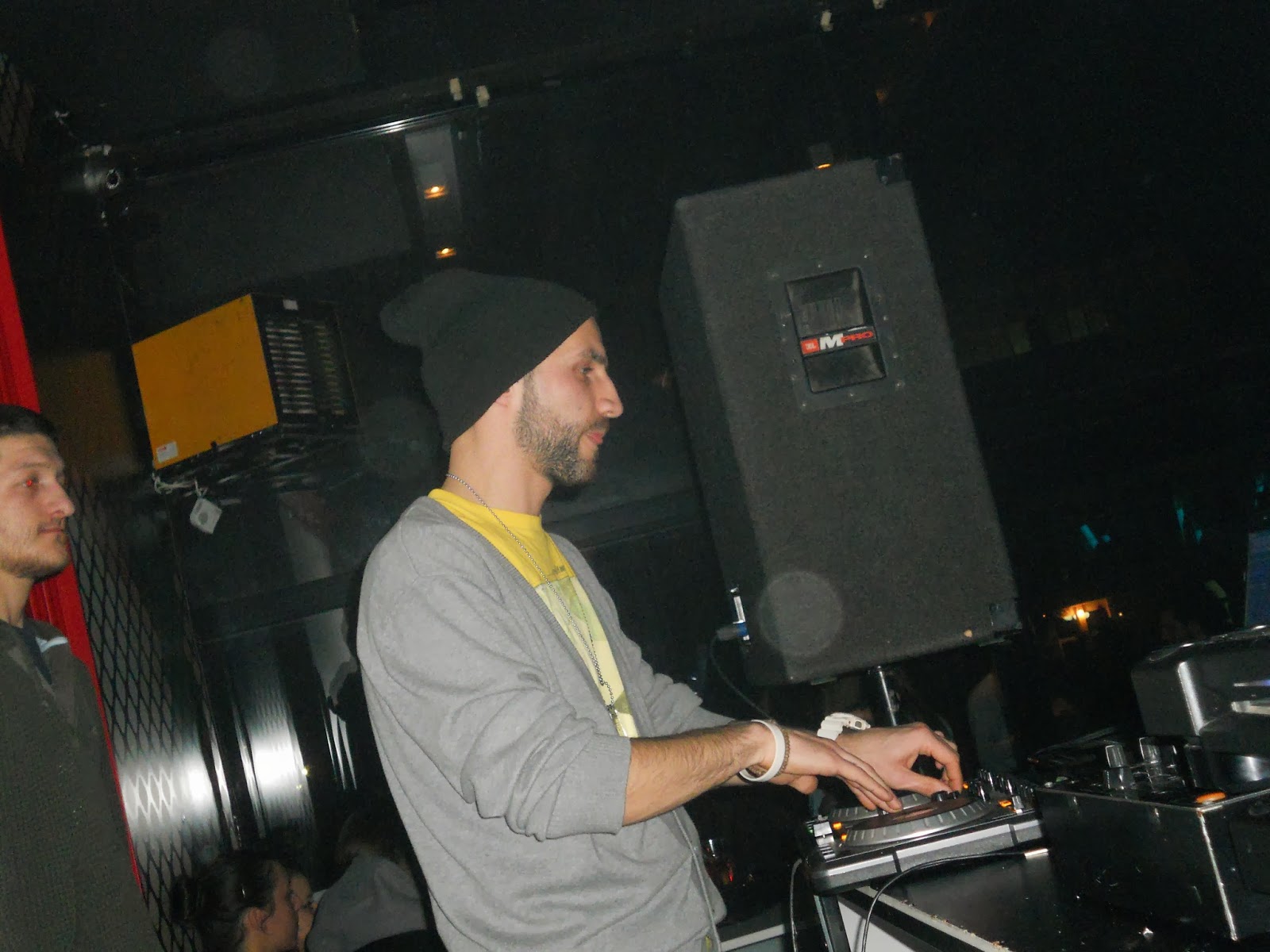 This acts as the sister venue to the much larger Duplex club, which had been closed for the season, and I heard many stories about how off-the-hook the place is for its open-air parties in the scorching Summer months. I hope to get the chance to witness it. Sadly, my DJing time was cut short by some over-zealous officers in the nearby police station taking it upon themselves to shut down the party, and before I knew it I was back on the road to Skope Airport, from where I stumbled on to my 5am flight home. I was back through my front door as early as 9.30am on Sunday morning, and headed straight to bed.
My first Good Vibrations podcast guest this month was Magnus Mulliner, a fascinating guy who I first encountered at a conference last year, blasting many myths regarding food, nutrition and the general wellbeing of the human body. We had a great chat which encompassed everything from statins and microwaved food, to vaccines, Big Pharma and electromagnetic pollution. You can hear the podcast here:

The Sound Of Freedom continued throughout the month on The People’s Voice, bringing the weekly challenge of unearthing conscious music old and new, which addresses all kinds of subject matter from the geo-political to the esoteric. I featured a handful of guests in interview in recent shows, including Chicago’s DISL Automatic, Toronto’s Cale Sampson, the UK’s MC Swayze, and a re-airing of my chat with M1 of Dead Prez, as well as dropping some of their more potent tunes. Each week’s show is uploaded to my Soundcloud page straight after broadcast, which you’ll find right here:
http://www.soundcloud.com/mark-devlin 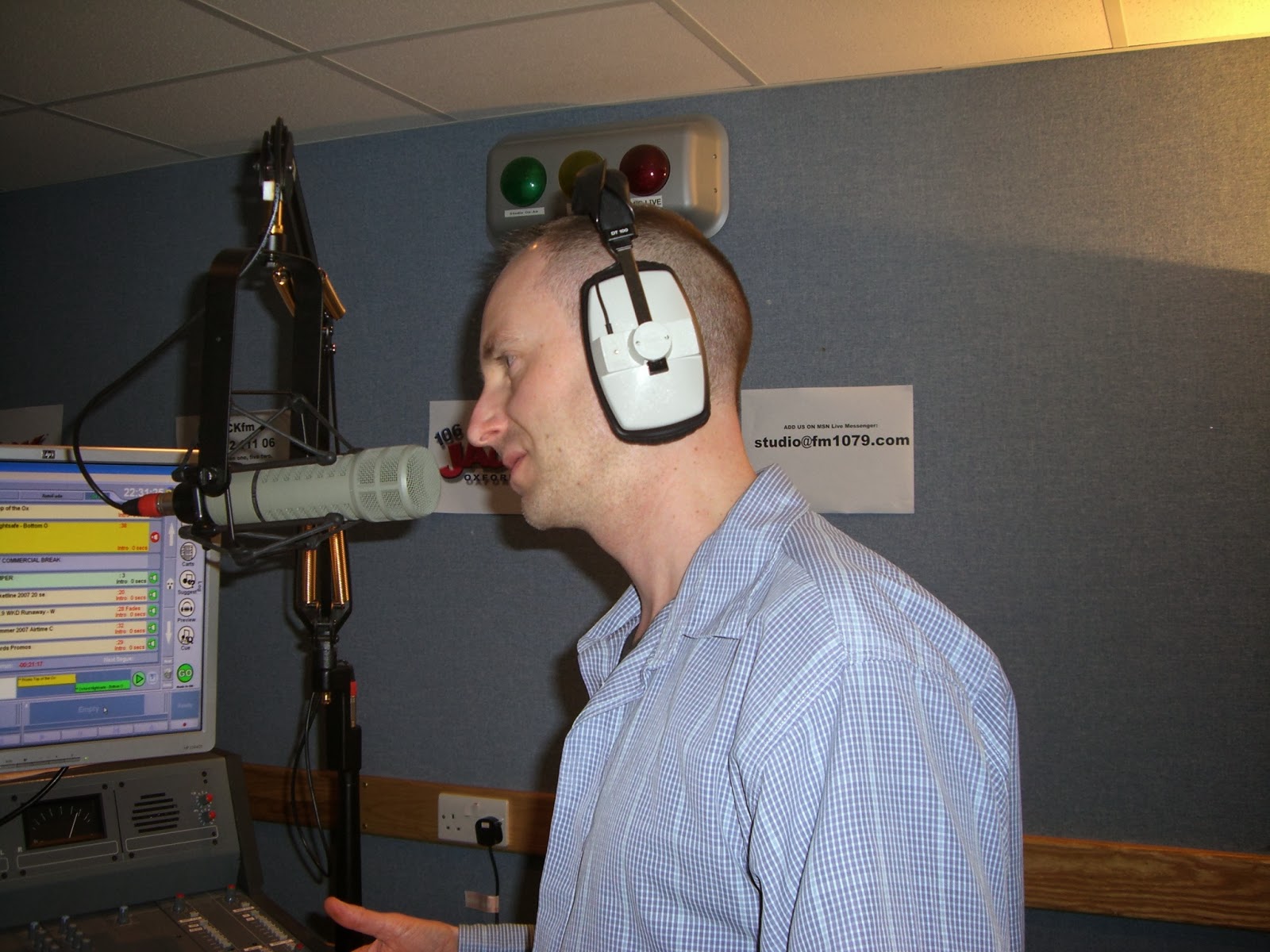 No-one was more surprised than me when OX105FM in Oxford got itself back off the ground again this month, following its demise in October owing to assorted politics and managerial issues. A bunch of the original personnel resurrected it as Destiny FM with a largely reggae-based output, but I got invited back to continue doing my The Sound Of Now show in its original timeslot. I re-started on 22nd February, and this now puts me in the bizarre position of being on the radio twice on a Saturday evening, from 6 to 8pm live in Oxford, then with the Sound Of Freedom (which is pre-recorded) starting an hour later at 7pm.
UK gig-wise, I spun a couple of times at Jak’s in Chelsea, London, which seems completely impervious to any seasonal punter slowdowns. I was back in the Big Smoke during Half Term week, as we took the kids for their first taste of the capital city.
And that, pretty much, was February.