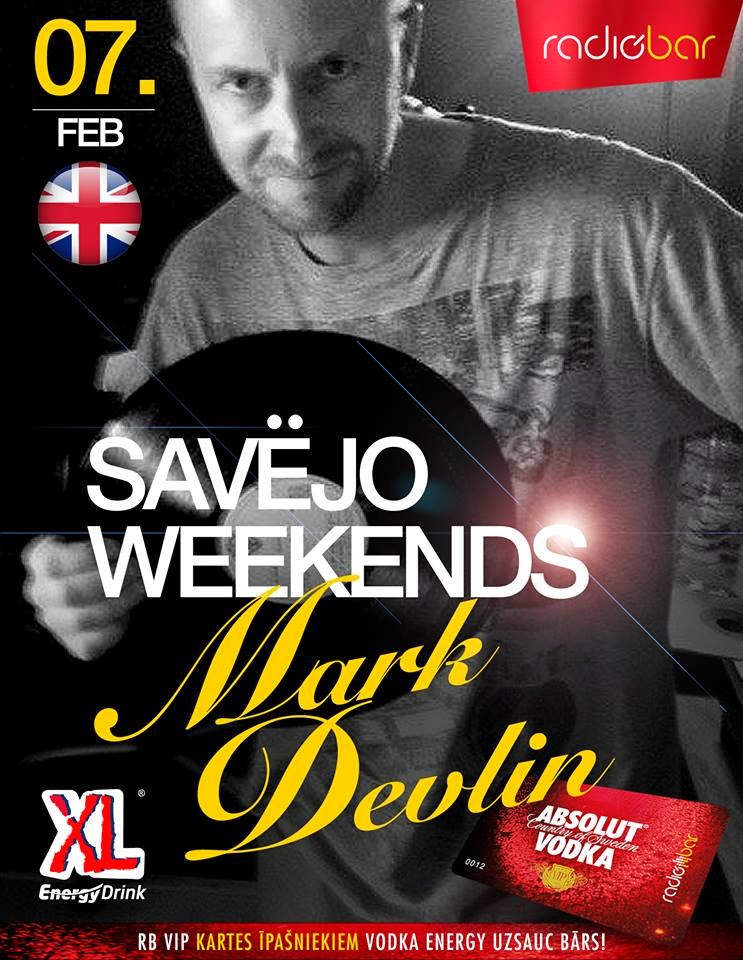 The Latvian capital of Riga is becoming one of my most visited European cities. I’ve witnessed it in all weathers, from blazing sunshine to temperatures so cold the sea freezes. My visit on the first weekend in February was certainly cold, but remained free of any truly Arctic conditions. My pre-dawn dash to Stansted Airport was made hazardous by icy roads and the unannounced closure of a key route. Long-time DJ associate Aivars picked me up from the airport and we headed off for a quick catch-up chat. 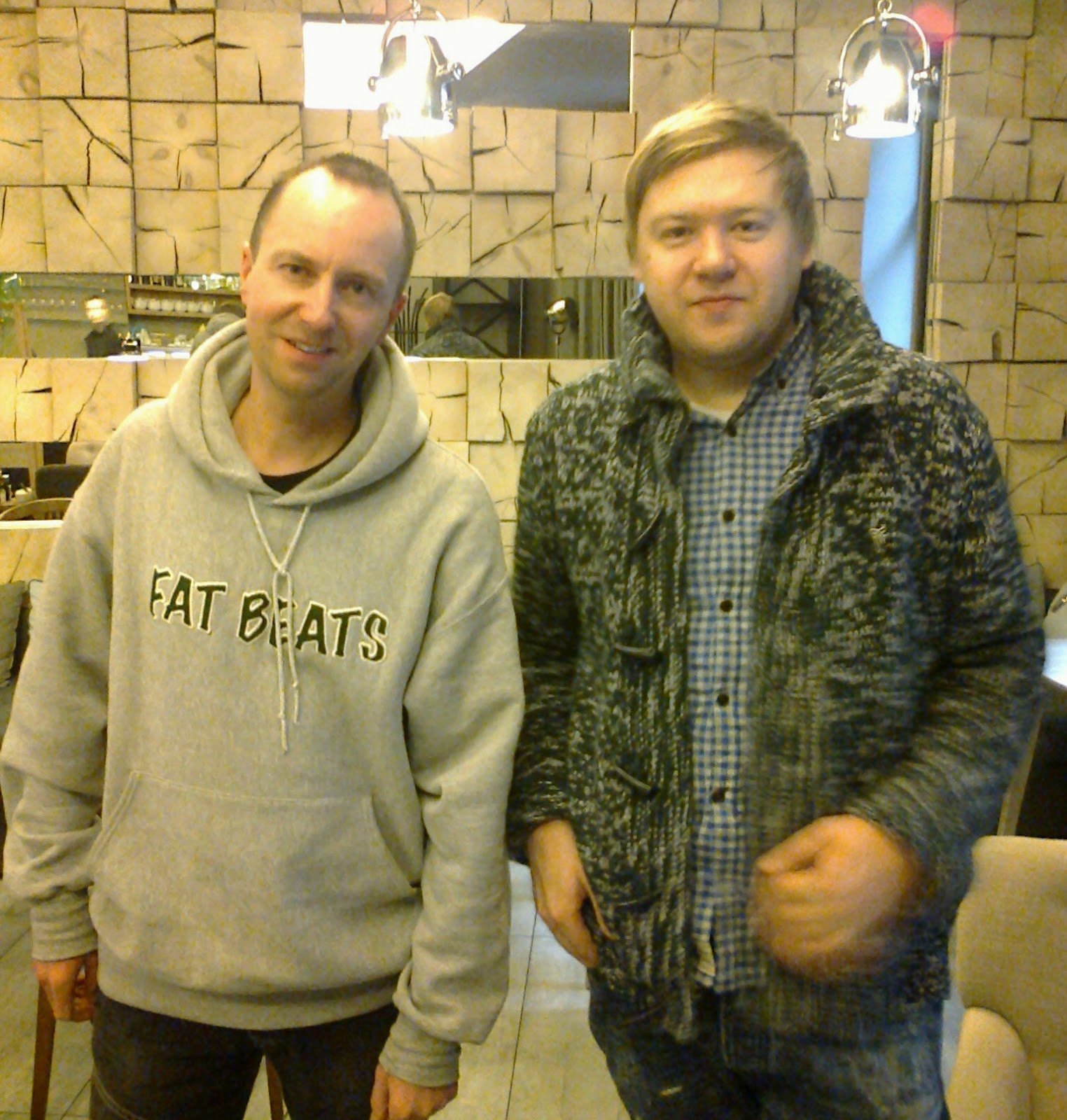 Playing only a handful of gigs now makes the few I have so much more enjoyable, and so it was with my all-night set at Radio Bar in Riga’s charming old town. I’d played the venue twice before when the DJ booth had been situated on a balcony overlooking the dancers below. This time, manager Jensens had set it up on a slightly raised stage right next to the dancefloor, which brought much better interaction with the crowd. Radio Bar is a house music venue, and it made for a stimulating challenge to play five hours of house both old and new. A dancefloor full of girls right up until the next DJ, Jevgenis took over, was a welcome sight. There’s a pretty good set of pictures from the night here: 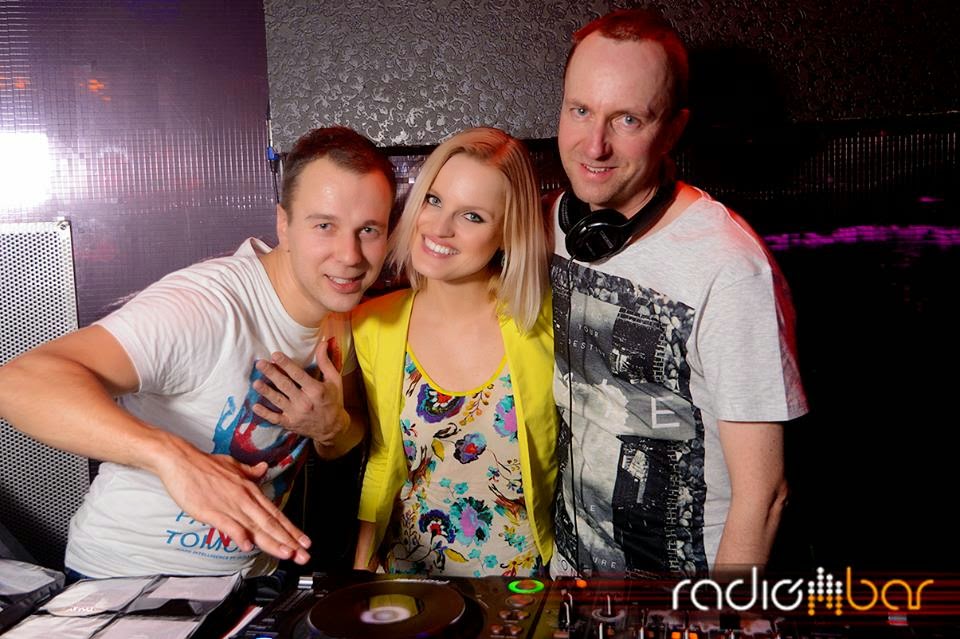 Flying back on the Sunday brought a 7 Euro ‘Departure Tax’ rip-off to leave the airport, about as welcome as a dose of crabs. All other airlines absorb this charge into their airfares. Ryanair has to be different, and forces you to queue and pay it separately at the airport. This truly is a loathesome company, every bit as disgusting as its deplorable boss Michael O’Leary. Unfortunately, always operating on limited budgets causes it to be the only practical option in so many cases.

My two podcast series’ reached instalments 40 and 60 respectively this month. The first, The Sound Of Freedom, is my fortnightly conscious music showcase. All episodes so far are archived in the following group:
http://soundcloud.com/mark-devlin/sets/the-sound-of-freedom-the-full
It can also be accessed via an RSS feed through iTunes at the following location:
https://itunes.apple.com/gb/podcast/the-sound-of-freedom/id928849631?mt=2
The other series, Good Vibrations, is my set of conversations with guests on all manner of alternative subjects you’d never hear on mainstream radio. Episodes since the start of the year have involved Danish journalist Ole Dammegard on the tactics used in staged false flag ‘terror’ events, Keith Twidale of the conscious rock band Plumb Jam talking about his music, Jay Parker on the horrendous subject of generational Satanic Ritual Abuse, Dannion Brinkley on his two out-of-body/ Near Death Experiences, and John Hamer on the falsification of history, and the real story of the masonic/ Royal connections of the Jack The Ripper murders of 1888.
https://soundcloud.com/mark-devlin/good-vibrations-podcast-vol-55
Those and all other GV instalments can be accessed here:
http://soundcloud.com/mark-devlin/sets/good-vibrations-podcast-series
A weekly commitment rooted strictly in music, meanwhile, remains my Sound Of Now radio show, which I broadcast live from 6 to 8pm UK time on Saturdays. It’s inspiring for me personally to realise that there is still great music being made amidst all the garbage and bile; you just need to look in all the right places!  I upload the audio to each week’s show to my Soundcloud page. Here’s the latest:
Part 1:
Part 2:
Every so often, I get invited by Danny Prince, the guy whose radio show precedes mine, to drop a 5pm guest mix on his show. Danny deals strictly in vinyl, so the occasion always calls for me to go rooting around in my archives to pull out some worthy plastic. The latest occasion was Saturday 14th, Valentine’s Day, for which I opted for a reggae/ lover’s rock selection. It was great fun, and nice vibes in the studio. You can catch the mix here:
School half term was punctuated by a quick road trip to Glastonbury on Wednesday 18th, for which I was joined again by fellow DJ and critical thinker Ritchie Paul. This was for a talk given to the Glastonbury Positive Living Group. I used this partly as a road test for the talk I’ll be giving at the Free Your Mind Conference next month, having whittled down a lot of the subject matter, and introduced a few new subjects and slides. Once again, there was a long queue of people at the end wanting to ask questions and make comments – an encouraging sign that the subject matter really does pique people’s interest, and is considered valid and worthy of attention in these times.

THE SOUND OF FREEDOM, SHOW 101