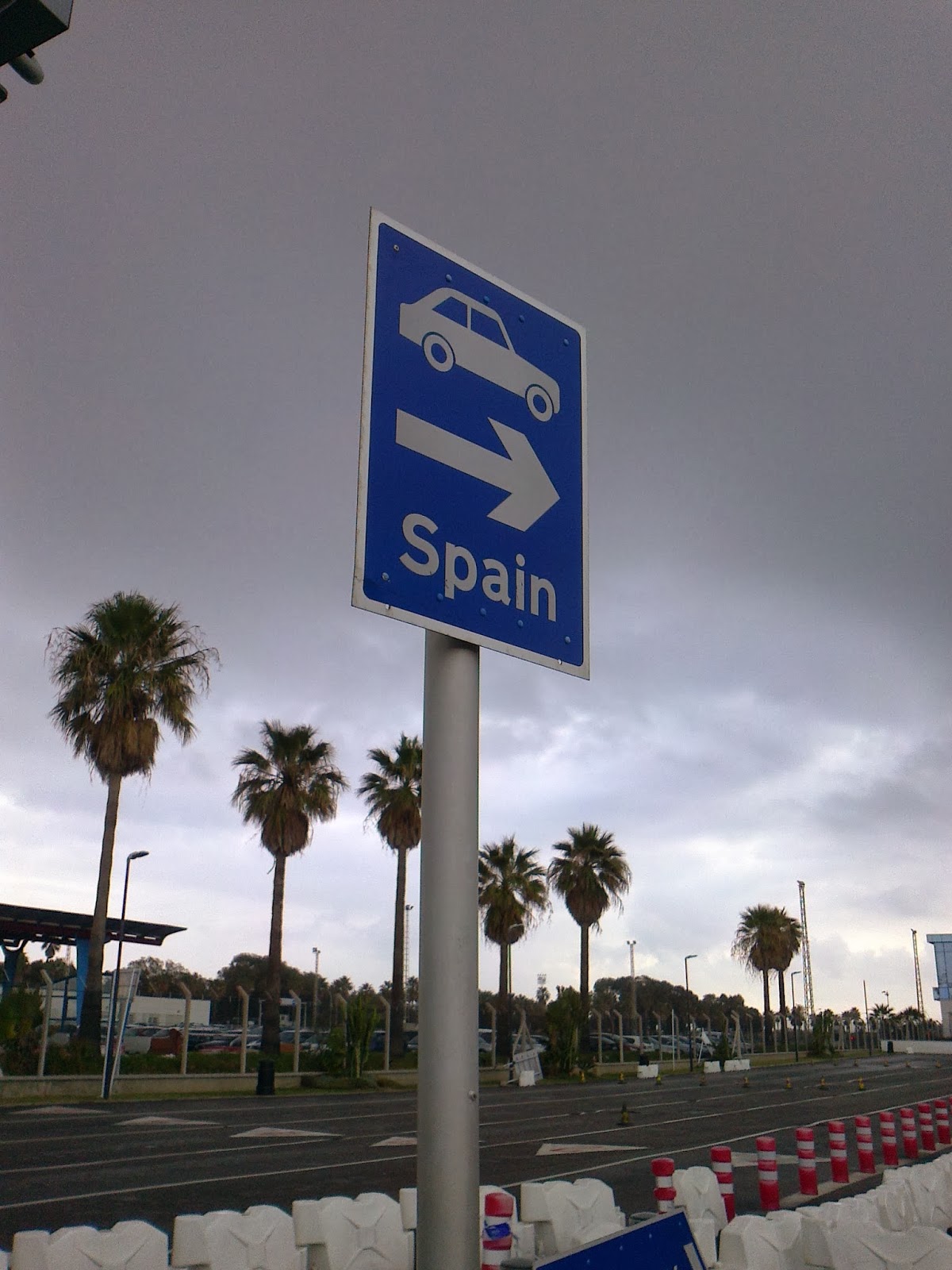 January’s such a grim and overlong month that I generally get some kind of interesting trip in the diary early on, just to break up the drudge. On this occasion, it was a quick jaunt to Gibraltar. Over the years I’ve been slowly ticking off the various countries and territories of Europe, to the point that, to my reckoning, only Moldova, Belarus, Albania, Luxembourg and Andorra remain unseen. (Montenegro and Kosovo are also on the agenda, but are to get addressed in the coming weeks!) Gibraltar saw another one crossed off the To See list. 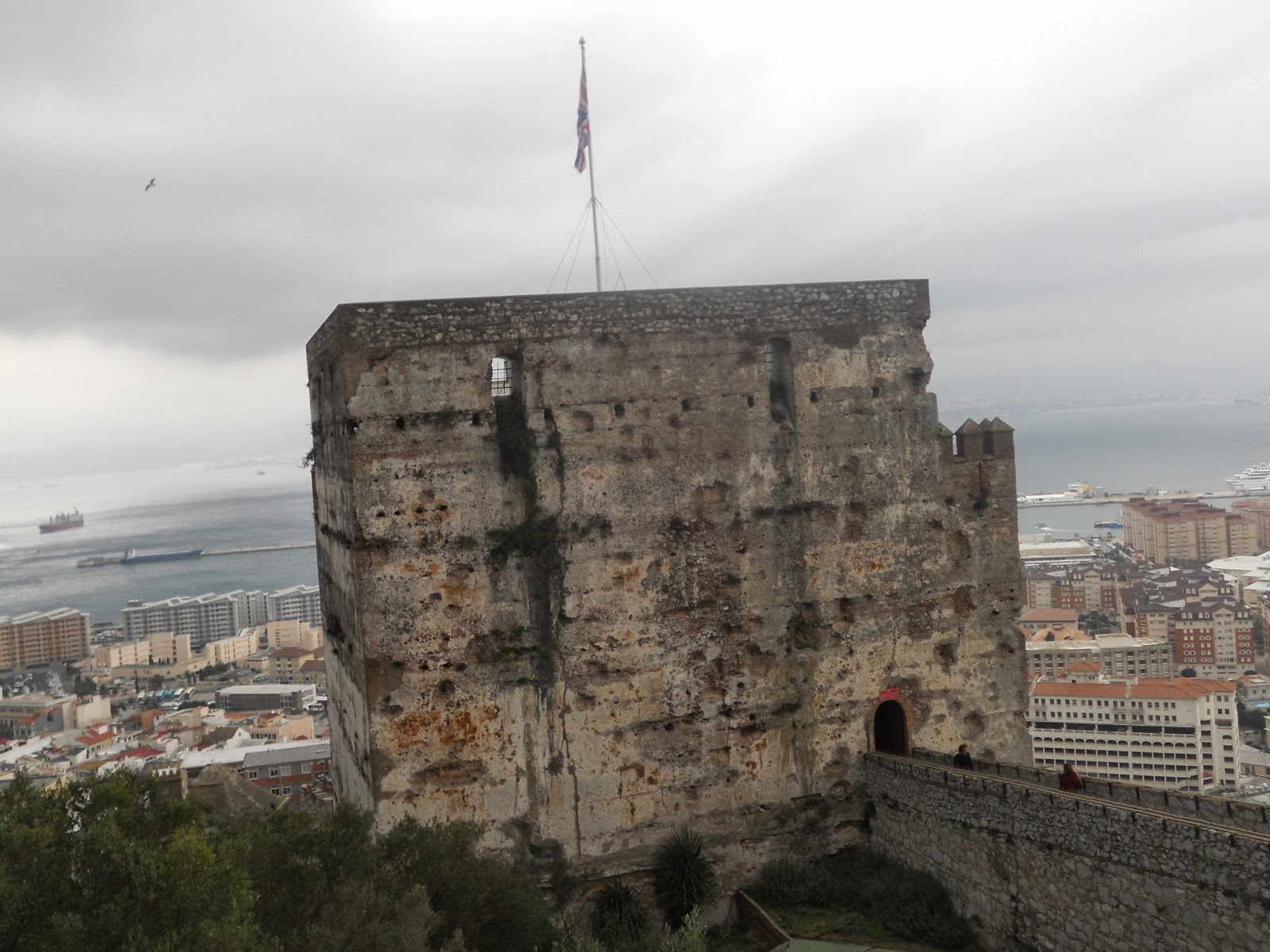 Naturally, things involved the customary Ridiculous O’ Clock Easyjet departure. I recalled Gib featuring on a World’s Most Dangerous Airports programme a few years ago. With its proximity to the water, short runway, its position right in the shadow of the famous Rock, and the main route into town crossing the runway, it’s not hard to see why. I found myself liking the place, despite the colonial/ military overtones, and everything being described as ‘Royal’, or ‘Her Majesty’s’ such-and-such. (As some may know, I don’t really go in for such things!) The strong British overtones, (fish and chips and HP Sauce in the restaurants, London-style phone boxes, buses and post boxes, pounds sterling as the official currency) inevitably make the place popular with British ex-pats and holidayers. 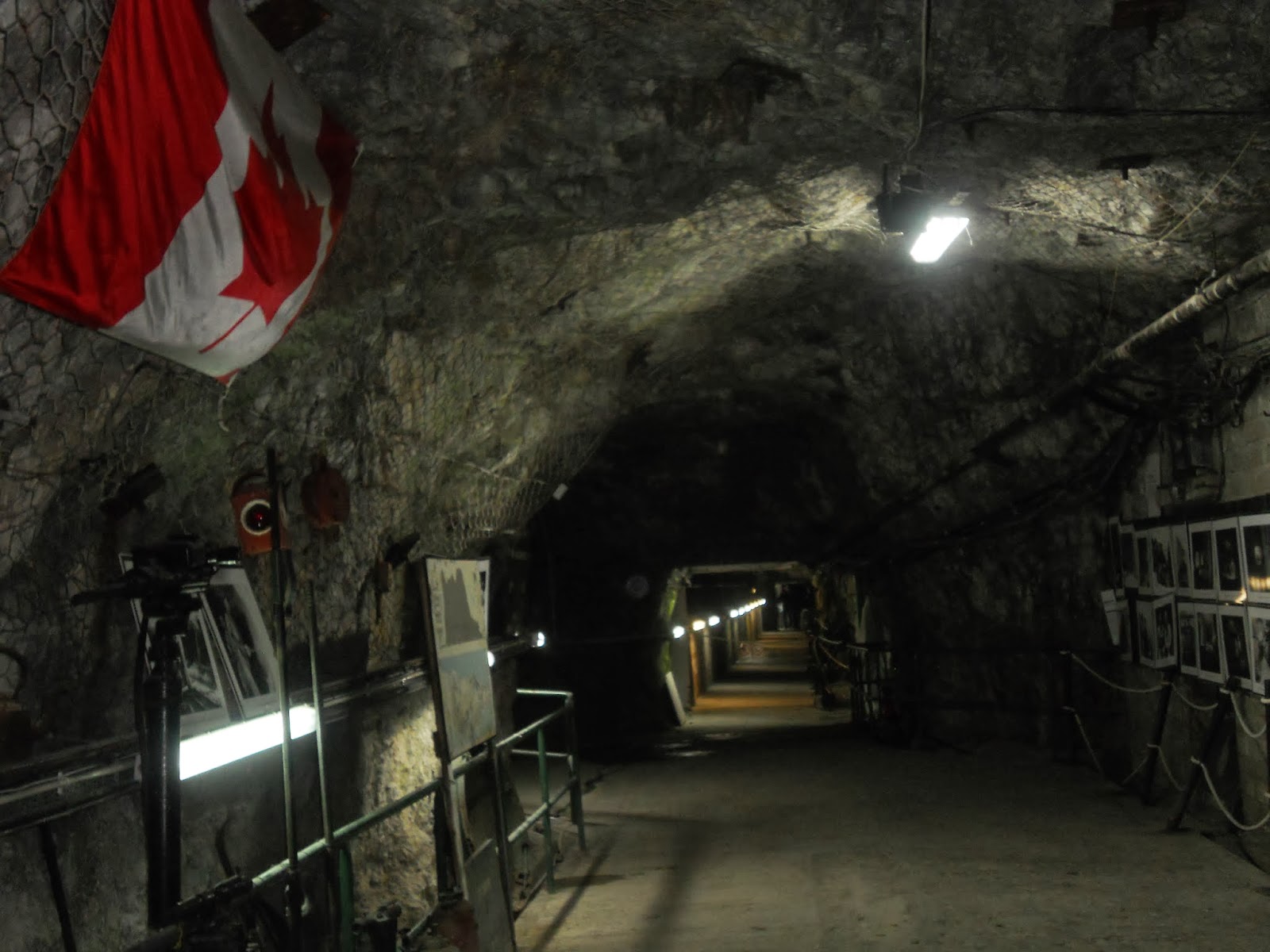 Wanting to see as much as possible in my short time, I climbed what felt like several thousand steps up to the Nature Reserve/ Moorish Castle, and the warren of tunnels built into the mountain during both World War 2 and the Great Siege of 1779-83. I also experienced a few of Gibraltar’s famous tail-less monkeys that roam town and mountainside freely.
I flew back on Saturday 11th, ready for my daughters’ joint birthday party near our home on the Sunday. Zaina is now 5 and Akilah is 3, and they enjoyed a great afternoon of fun and games with their little friends, with me playing DJ Dad for the occasion and forsaking my credibility to play all manner of novelties. Things We Do For Kids.

As many will know, The People’s Voice has not been without its challenges this month. I make a point of steering clear of politics at all cost. Happily TPV is still doing its thing, however, and my Sound Of Freedom show continues to air, (technical sabotages allowing,) on Saturday evenings from 7-9pm GMT. If you’ve never caught it, it’s a weekly showcase of conscious music that really speaks for these times, and which you don’t stand a chance of hearing on any mainstream station. I hope to feature many guest artist interviews in the coming weeks, and the first was with the brilliant DISL Automatic. All shows so far, along with the full playlists, can be downloaded from the Soundcloud page at:
http://www.soundcloud.com/mark-devlin
Elsewhere on the Soundcloud are all instalments so far of my conversation-based Good Vibrations podcasts. After a brief hiatus enforced by the school holidays, I got back on the case in early January, and the latest volumes are with Canada’s Kevin Annett, talking about Crimes Against Church & State (and with a few home truths to reveal about the British Royals that you won’t hear from Jennie Bond at the BBC), and a return for unique British researcher Chris Spivey, with some things to say about institutionalised paedophilia and corruption within all levels of the British Establishment. Catch them here:
On the DJing front, I was back in clubland for the weekend of Friday 17th/ Saturday 18th, spinning at the Zefi and Jak’s bar/ restaurant spots in Chelsea. Mid-January is probably the weakest period in the nightlife calendar, so we make the best of the situation. I spun again on rain-soaked Friday 24th. Impressively, the two venues were weathering the seasonal storms well, and were as bustling as ever. I picked up a few DJ-related anecdotes from these nights, but I’ll let my Facebook and Twitter posts tell the full story on that front!
A few days later, I got interviewed by Adam Murray of the brilliant Universal Magnetic show on Ujima Radio in Bristol. We had a great chat covering my early musical roots, some heavy movie talk, and one or two more spiritual matters. It’s here on the Soundcloud: 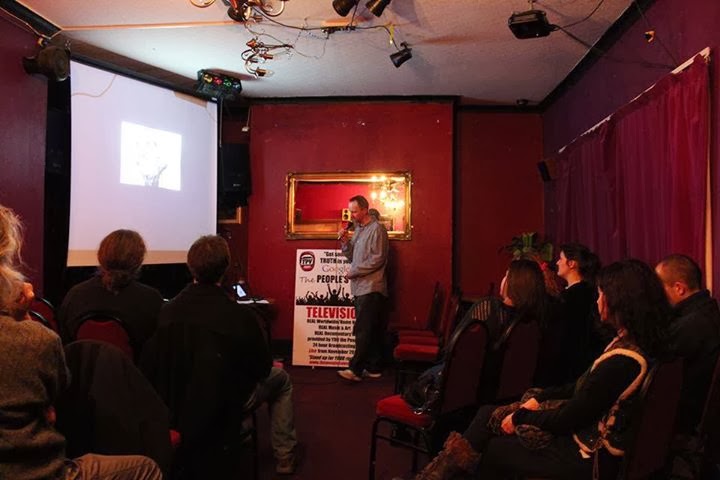 Brighton was the latest stop-off for my talk on the mind control manipulations of the mainstream music industry, at a presentation by the city’s Truth Juice franchise. I drove down on Monday 27th, linking with my good mate and Brightonian Bob Truther, before heading off to meet organisers Danielle and Wendy. The venue for the evening was the Caroline of Brunswick pub, a crusty heavy metal hang-out, with an intimate and dimly-lit function room upstairs. As ever at these gatherings, there was a fascinating and diverse group of people assembled, and some great post-talk conversation ensued. I’m greatly looking forward to speaking at the fantastic Glastonbury Symposium in July, for which I’ll be putting together some entirely new content. Early booking for this eclectic three-day event comes highly recommended, at http://www.glastonburysymposium.co.uk
I stayed the night in a Travelodge before attempting to visit a cafe in town for a vegan breakfast, but abandoning the plans due to Brighton’s ridiculously scarce and expensive parking situation.
And that was January…

THE SOUND OF FREEDOM, SHOW 47