It’s been a very heavy month of activity on the radio and podcast front.

First off, The Sound Of Now, my weekly cross-genre music show on OX105FM Oxford, continues every Saturday from 6 to 8pm. (Listen live at http://www.ox105.net)  I’m still loving getting to expose two hours of great sounds every week, plus the challenge of wading through the oceans of garbage to find the real audio nuggets!  Following a long period of broadcasting out of the city’s Blackbird Leys, the station is just about to relocate to brand new studios in cosmopolitan Cowley Road. These are to be glass-fronted, allowing passers-by to gaze and gesticulate at on-air presenters while they broadcast their shows. My mate DJ D, the female turntablist from Australia, recently hooked me as a UK rep for her Mixbosses collective, and I featured an old-school funk mix from her and cohort DJ Liche on the show. The latest instalment is always available to listen back to and download from my Soundcloud page at: 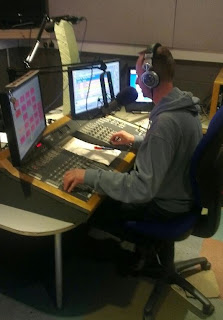 My podcasting activity this month has been non-music based, encompassing three new volumes of my Good Vibrations series, hosted on my Soundcloud page. Now a couple of years deep, these are conversations with various researchers on different aspects of, broadly put, what’s really going on in the world!  As many are coming to realise, the answer to this is something we never get from the mainstream media, governments or educational establishments. Volume 15 consists of a chat with the Australian researcher Max Igan, a wonderful guy who does a great job of addressing matters of spirituality, consciousness and conspiracy in very eloquent terms. You can catch that one here:
Volume 16 was with Ben Emlyn-Jones, a former hospital porter who was dismissed from his job of over 20 years as a result of posting his personal views on conspiratorial matters on-line, and who now runs the HPANWO (Hospital Porters Against The New World Order) blog, Youtube channel, and weekly show on the UK’s Critical Mass Radio. That one’s here:
We switched interviewing positions this month, too, as I guested on Volume 50 of Ben’s own HPANWO show, talking about various aspects of the manipulations and oddities of the music industry. That one’s here: 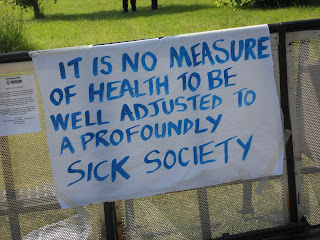 The latest GV volume is with Mel Bell-Grey, a fascinating guy originally from Tottenham, North London, now working as a musician and film-maker in Hawaii following a very eventful life. His volume addresses the control system’s overall suppression and subjugation of black people throughout human history, and feeding into current music culture. Catch that one here:
On Sunday 16th, I dealt with much of the same subject matter as a live guest on Dawn’s Diorama, a show on Manchester-based internet station Dark City Radio. Listen back to that one here:
The week before, on Sunday 9th, I phoned in to the excellent Planet X radio show in Liverpool. Until recently, this was broadcast on City Talk Radio, and held the distinction of being the only show dealing with alternative/ suppressed subject matter anywhere on UK mainstream radio. This month, Neal Atkinson, Dan The Man, Dave Stretch and co. took the decision to now host the show on a server on their own site, http://www.planetxlive.co.uk, allowing for even greater freedom of content, and without the burden of corporate ads. The 9th June programme was on the subject of The Bilderberg Group meeting that weekend in Watford, and the Fringe Festival/ protest event that had run alongside it. David Icke was on to talk about this, along with his upcoming TV/ radio station The People’s Voice, (which I’m greatly looking forward to being involved with – more news soon!) My input involved my verdict on the Fringe event, which I’d attended the previous day. 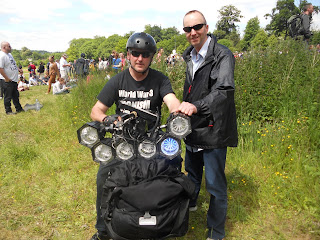 Once it had become clear that The Grove Hotel in Watford was to be the gathering site for the world’s ‘elites’ (as they see themselves,) a collective of people, including journalist Charlie Skelton, and Silkie Carlo, (whose distinction as the former girlfriend of about-turn ‘truther’ Charlie Veitch I’m sure she’d rather forget,) hastily organised the Fringe as an opportunity for the public to show up in their numbers and send a message to the Bilderbergers that their days of operating in the shadows are over. I arrived in the morning and hooked up with my mate bob ‘Insidejob’ Truther, who’d travelled up from Brighton with his famous, self-constructed Disco Bike. This is equipped with disco lights, speakers, a laptop/ mp3 player and a video camera, and Bob takes to the streets to broadcast suppressed material publicly, and to make on-the-spot Youtube videos. The Bike was a great hit throughout the day, attracting a lot of attention.
Sadly, it quickly became clear that the police, under orders from higher up, were deliberately mis-directing some festival-goers, and sending them away from the site, and were restricting entry to the corner of the hotel grounds where it was happening, when there was clearly room for many hundreds more. It had also been seen to that there were no food or drink vendors on-site, and that once you left, you were unable to get back on the grounds. 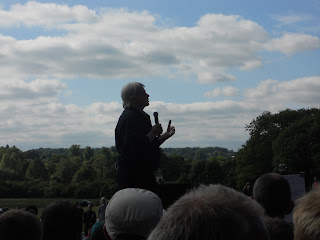 Despite this, by the time keynote speakers David Icke and Alex Jones took to the stage in the evening, a good two to three thousand heads had gathered in the sunshine to have their spirits raised by some highly motivational speeches. Alex Jones was on explosive top form, putting down a persistent heckler, and inviting the crowd to turn towards the hotel at the top of the hill and chant in unison, ‘we know you are killers, we know you are killers!’
http://www.youtube.com/watch?v=kly8gm41y98
There was an ‘official’ list of Bilderberg attendees, (Ed Balls, George Osborne, Ken Clarke, Henry Kissinger), along with an ‘official’ agenda of matters under discussion that surely nobody but the mainstream media believes was adhered to,) but confirmation came of many other ‘elite’ names whose names weren’t released publicly, attempting to sneak in unseen but failing. These included Hillary Clinton, Bill Gates and Barack Obama. David Cameron was forced to reveal his attendance just days before. 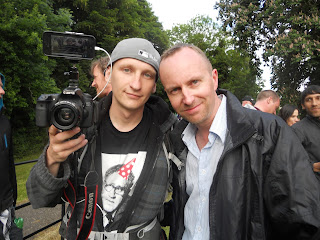 Despite the presence of a few pointless provocateurs, the Bilderberg event displayed a real sense of unity among like-minded individuals, and despite mainstream attempts to play it all down, demonstrated that we have now reached a significant point in the road where the ‘elites’ are no longer able to plot their manipulations in the shadows away from public scrutiny. Significant numbers of people now know who they are and what they’re doing, and the road to their downfall and a better deal for humanity has to start here. 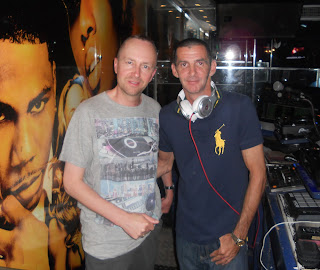 Right … on to some DJing business!  On Monday 10th, I headed out to Tenerife, to spin for a second year at Notorious Bar, part of the well-known Tramps nightclub in Playa De Las Americas. It’s a very similar set-up to Soul City in Ibiza, with Notorious dealing with all aspects of black/ urban music in a lively bar setting, and with DJs rocking til 6am every night of the week. I played a late set – from 3 to 6am – rocking up a couple of hours earlier to hang out with resident and Tenerife DJing legend DJ Snoopy. Originally from Glasgow, Snoopy has the distinction of looking uncannily like Tim Westwood – a fact that is often pointed out to him. Westwood himself is guesting there in July, and a photo of the two together is an absolute must. Notorious got a proper injection of dancefloor energy when a crew of Londoners turned up around 5.15am. For the remainder of my set I made them lose their minds to the likes of So Solid Crew, SL2 and Lethal B.

Hotel breakfasts are usually at non-DJ-friendly times, but arriving back at 7am, I was just in time to appease my hunger before passing out for no more than four hours sleep. After killing many hours on the laptop in my hotel lobby, getting far more done than I can hope to in the chaos of back home, venue manager Ollie picked me up to take me back to Tenerife South airport. Also in the car was Matt Howes, a DJ made famous by his residency on BBC 1Xtra this year, who’s spending the summer spinning on the island. Matt lost his arm in an accident a while back, making his resulting DJing skills all he more impressive.
My wedding anniversary was this month, and to mark the occasion, Mrs. D and myself had booked an upmarket hotel/ spa break at Whittlebury Hall in Northamptonshire for Sunday 23rd. Sadly, our childcare options are very limited, so we opted for a full family affair and took young Zaina and Akilah with us. They enjoyed the experience immensely, even if some of the other hotel guests didn’t.
And that, pretty much, was the month of June!

MD GUESTS ON THE INFINITE FRINGE WITH BILLY RAY VALENTINE