A more inspiring weekend than most was in the diary for the first of the month. Following The Living Room Milton Keynes on Friday 1st, and my weekly radio show on Saturday evening, I headed off to spend the rest of the weekend in the North West of England.
The first engagement was a gig in Manchester, a city I’ve played many times, but which I’d not been to for a minute. The crown for black music club nights in that part of the world has long been held by Eddie Down and his Brown Sugar collective. After many years of promoting gigs and live shows, they made the bold move of purchasing their own venue, Lounge 31 in the bustling Printworks Complex. Last year, the club was rebranded as Aura, pitching itself at the classy upmarket end, (champagne table service, etc.) I jumped on the set at 1.30am, and was surprised to discover that the waitresses had been going round the tables with iPads inviting punters to request tunes. These were then fed electronically to a pad in the DJ booth. I did my best to fulfil as many as possible. Thankfully these remained within heavy hip hop and dancehall territory for the most part.
Lounge 31 used to finish around 7am. I was relieved that Aura closed its doors at 3.30, allowing me to bomb back to the Travelodge I’d booked up the M62 in Widnes for around five hours’ kip, the bare minimum on which to make it through the following day. 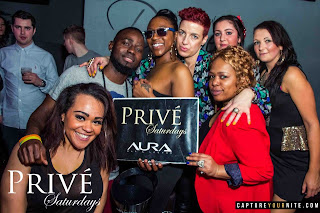 Sunday was the second day of The Awakening Conference at a hotel on the edge of Liverpool. The event is staged by Neal Atkinson and the crew behind the weekly Planet X show on Radio City Talk. This covers all kinds of alternative subject matter, and the event did the same. I arrived in time for the 10.30am start, and the day consisted of Simon Parkes, a serial UFO-abductee and son of M15 and M16 agents, Magnus Mulliner, a holistic nutritionist, who went on to demonise not just obvious foods like bread, cereal and sugar, but also many previously considered (by me) to be healthy, and leaving the crowd not quite knowing what they should be eating for lunch. The afternoon saw Marcus Allen, UK publisher of Nexus Magazine, demonstrating how the Apollo moon landings were quite clearly a hoax, and American researcher Stewart Swerdlow, whose diverse range of subject matter makes David Icke sound like just a regular guy. It was great to spend a day among questioning, open-minded people, and after the conference, Neal took a whole bunch of us along to Radio City Talk, to appear live on that night’s edition of Planet X.

The station is situated at the top of a giant tower that looks like an air traffic control centre, and from the top, you can see all over the city out to The Wirral and beyond. It was a fascinating show, covering everything from the anticipated fall of the Royal Family, to the question of whether the Moon is the naturally-created planetoid we’ve been told it is. My hat goes off to Neal and the crew for being able to maintain such a show on a high-profile mainstream media outlet, (it’s owned by Bauer Media,) surely the only one of its kind in the UK. You can listen back to the show here –
I drove home with my head buzzing with all manner of thoughts, questions and intuitions! 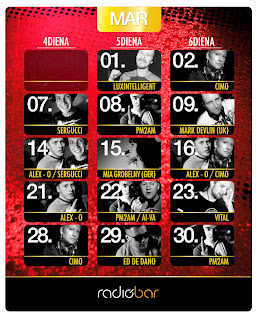 The following weekend, Saturday 9th, saw me head to Latvia, the latest of many visits to a place I now know very well, and which has figured synchronistically in my life in a big way. Riga was shivering in minus-seven icy temperatures as I took the airport bus into the city. I walked briskly into the Old Town, first of all to drop in on my good buddy DJ Aiva, who was spinning at the Madhouse Bar that night. DJs in Latvia (as in many other parts of Europe,) work goddam hard. Aiva’s sets frequently start at 10pm and go all the way through to 6 or 7am without a break. Just half of that is enough to finish me. From Madhouse, I moved on to Radio Bar, where I was spinning. I took over from proprietor Jensen at 1am, playing through to 5 from a DJ booth situated on a balcony, which avoided having to deal with any annoying-ass requests!  I’d known in advance that this was to be a house and garage set, so made sure I was equipped with all the right bangers. I recorded part of my set, and it’s available to listen back to here – 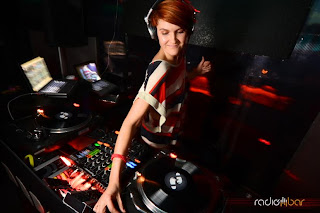 After an acceptable amount of sleep in the welcome warmth of my hotel, I linked with Aiva again on Sunday afternoon, checking out the Raw Garden vegan restaurant. Since making the switch from vegetarian to around 90-per-cent vegan at the turn of the year, I’ve struggled big time to find suitable places to eat out, but this one was a real result. All manner of immune-boosting food and drinks were on the agenda. Later that evening I flew back with bargain-basement airline Wizzair to Luton.
The Good Vibrations podcast series is moving on at quite a pace. I finally got around to hooking myself up with Skype a short while ago, and the first resulting interview was with the English researcher Ian R Crane, (http://www.ianrcrane.com)  talking about a wide array of fascinating subjects. That one’s available here – http://soundcloud.com/mark-devlin/good-vibrations-podcast-vol-9. I also recorded a volume with American researcher Lenon Honor, (http://www.lenonhonorfilms.com) who does deep examination of symbolism and mind control techniques in the entertainment industry. And on Thursday 14th, I visited Southampton to record an instalment with Chris Thomason, aka Thommo, who runs the Conspoetry website at conspoetry.wordpress.com/ . Hold tight for these volumes and many more via the Soundcloud page at http://www.soundcloud.com/mark-devlin
The following days were spent preparing a comprehensive presentation for an event I’d been invited to speak at on Thursday 21st. The Changing Times group meets in Burgess Hill, West Sussex. It started out as a group interested in the phenomena of crop circles, but has gone on to embrace all kinds of alternative and suppressed subject matter. My topic was, in a nutshell, ‘the mind control manipulations and Satanic agenda of the mainstream music industry.’ If that’s not enough to make folk prick up their ears I give up!  It’s an area I’ve been researching thoroughly in every spare minute. I’ve always been terrified of public speaking, and was crapping myself before this one. As soon as I grabbed a mic and took to the lectern, however, everything flowed nicely, and I was able to get all the information I wanted across to an evidently very interested crowd. I managed to get a video of the whole 90-minute presentation, which I’ll post the Youtube link to very soon. Now that I have the format in place I hope to do many more of these, as it’s information that I clearly feel deserves to be put in the public domain. 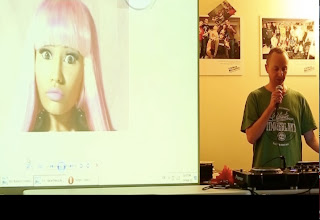 Changing Times is run by the author and researcher Andy Thomas, who wrote the book The Truth Agenda, among others (http://www.truthagenda.org.) After pub drinks with a few heads I took up the kind offer of a bed for the night at his place.
The following week, I took off with Parveen and the girls for a few days’ very enjoyable holiday on the Isle Of Wight. Although Arctic in temperature, it at least didn’t snow or rain. It seemed a wasted opportunity not to call in on David Icke, surely the island’s most famous resident, and we recorded a cracking interview at his place in Ryde which will appear as a new volume in the podcast series next month.
We rolled back off the ferry in Southampton on Good Friday, and later that night, I found myself in a ‘gentlemans’ (so ‘strip’) club in Northampton. This was strictly work, you understand, and came with the full blessing of the missus, which can never be a bad thing. ‘DJing’ in these venues isn’t really that at all, as it’s generally a case of each girl ordering their selected tune as they take to the pole, leaving very little room for musical creativity. Strip club DJs work hard, too, with shifts frequently running from 8pm all the way to 5 or even 6 in the morning. 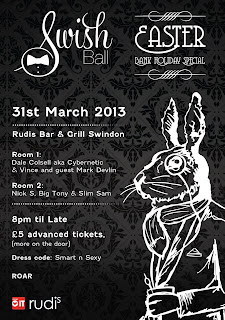 Easter Sunday involved a welcome visit to Swindon to play at the Swish Ball event at Rudi’s. Swindon has a long history of great black music club nights, and I had a great time dropping soulful grooves of all varieties alongside the homie Dale, aka DJ Cybernetic. The promoter, Kevin Wilkinson, had guested on my radio show the previous week, dropping some favourite tunes as a prelude. The only element missing was the presence of our good buddy DJ Stu Campbell, who sadly passed away last year after a long illness. There’s no doubt he was there in spirit.