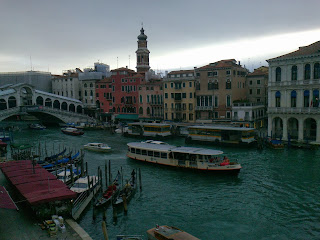 A trip I’d long been anticipating came on Saturday 9th, as I took my four-year-old daughter Zaina to Venice for the weekend. This marked her first time out of the country and her first experience of flying, and was something she’d been talking excitedly about for months. Of all the places we could go for a quick trip, I figured Venice stood the most chance of staying in her memory, being so unlike anywhere else on earth.
Leaving two-year-old Akilah with her mum, we set off for Gatwick Airport to catch our Easyjet. As we left Piazza De Roma we caught out first glimpse of the Grand Canal and the labyrinth of waterways that was to be our home for a couple of nights. We stayed in a boutique hotel set just off from the Rialto Bridge, and it made for a great base. A couple of days of pizza, pasta and ice cream was on the cards, along with a speedy water taxi to nearby Murano Island. It was a wonderful weekend of father/ daughter bonding, and a great experience all round. 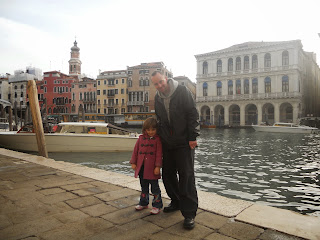 A week later I was back on the European trail, this time on the solo tip, and making a re-appearance in Prague. Soul Train at Radost FX has become a true city institution, with DJ/ MC/ promoter Rico running it every Saturday since 1998. One of the most interesting elements of my annual trip is the accommodation, as I’m never in the same place twice. Last year’s was a converted 16th century monastery. This time, I was in a hillside hotel only accessible by a small cable car which runs up and down the slope morning, noon and night. Soul Train always delivers the goods, and I span between Rico and veteran resident Big J, in between propping up the bar for the customary chats. 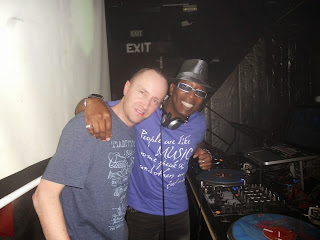 OX105 kind of returned to the airwaves this month … sort of. It’s still broadcasting on 105.1FM around Oxford, although not streaming on-line at the moment. The plan is to secure new studios, at which point the station can return to presenter-led shows. In the meantime, I’ve been producing my The Sound Of Now show as a non-stop two-hour mix, showcasing various styles in new music that I’m feeling. Here’s the latest:
On non-music-related matters, I added two fascinating new volumes to my Good Vibrations podcast series this month. These were with Mark Passio and Freeman respectively. I’ll let the introductory blurb do the talking, but suffice to say, both these dudes totally captivated me with what they had to say and the information they offer is, in my view, world-changing:
November saw the long-anticipated launch of The People’s Voice on-line TV and radio channel, broadcasting at http://www.thepeoplesvoice,tv, and dealing with all kinds of alternative and suppressed news, information and art that the controlled mainstream media would never go near. I watched for a few hours on launch night, Monday 25th, and it was clear this is going to be a real game-changer, with Sonia Poulton’s and Richie Allen’s daily current affairs programmes particularly pushing the envelope. My new show, The Sound Of Freedom, aired for the first time on Saturday 30th at 7pm, (well, 7.09 to be precise, but what’s any new project without the odd teething glitch?!) This is a weekly two-hour conscious music showcase, dealing with music which addresses the many subject areas that TPV gets into, and which you don’t stand a chance of hearing anywhere else. It feels great to be finally underway with this. Here’s the first show, and all subsequent instalments will be posted on the same Soundcloud page weekly:
Artists and producers creating relevant music are invited to send it in on mark@markdevlin.co.uk
Back to the DJing, and on Saturday 23rd, I offered to drive my long-standing DJ mate James Ussher, aka Ussherman, and myself to London. We were spinning in neighbouring venues in Chelsea. Ussherman has served as my technical advisor/ engineer for the past 20 years, and has basically hooked me up with every piece of technology I’ve ever used, so remaining sober for the sake of a carshare was a small price to pay in return. The venues were doubtless loaded with assorted socialites and Z-list celebs, as tends to be the case in Chelsea,  but I’m happy to say I remained blissfully unaware if they were! 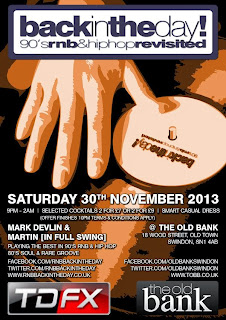 A week later, I returned to guest duty at one of my favourite events, Back In The Day. These are run by Martin ‘In Full Swing’ Rafferty and John Mustoe, and happen at venues in Gloucester and Swindon. As John was away for the night, I filled in at the Swindon venue. BITD deals with 80s and 90s soul, funk, R&B and New Jack Swing revivals, (with the occasional foray into the early 00s.) I played two sets, with the crowd more responsive to the second, no doubt loosened up by the accumulated alcohol!

THEY’LL ALWAYS LET YOU DOWN