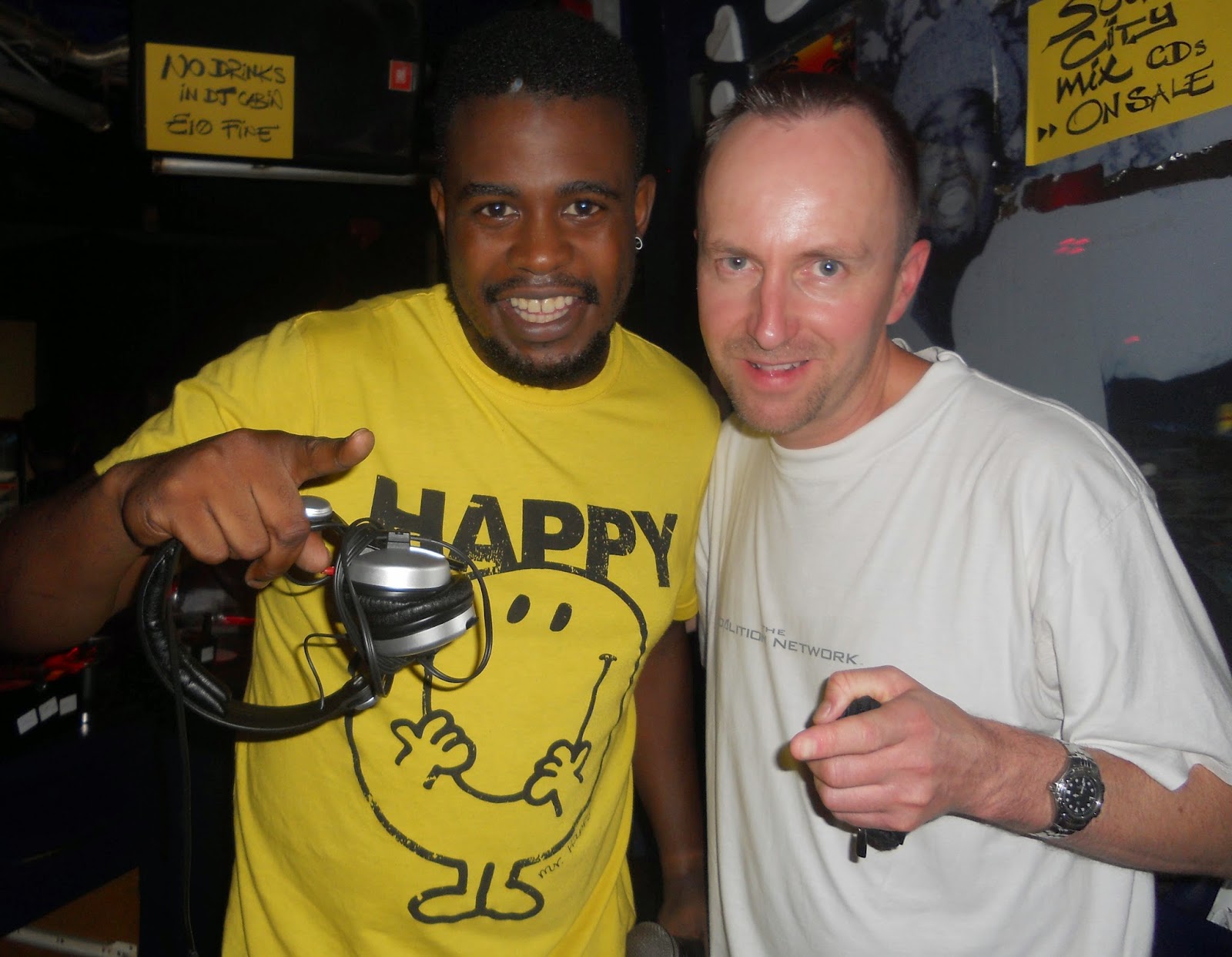 For the past few years I’ve made a second trip to Ibiza in the month of September, in addition to my main visit in mid-Summer. Part of the logic is that late Summer offers more chance of avoiding many of the fools and idiots that plague the island in July and August. Also, September generally tends to offer slightly more bearable temperatures to the otherwise blistering Balearic heat.
The first theory got shot to pieces on the Easyjet flight on Monday 8th, which was a bit like the Jeremy Kyle Show at 37,000 feet. I ended up praising my decision to fly out of Gatwick, however, when news emerged of the ‘security alert’ at Luton Airport at the very same time. Reportedly, a ‘suspicious case’ had been identified at the security check, and the entire airport had been evacuated as a result, resulting in thousands having their travel plans well and truly screwed. After allegedly carrying out a controlled explosion on the bag in question, it was said that it had been a false alarm after all and the airport was allowed to re-open. Nothing like perpetuating the myth of the UK being on ‘high alert’ and keeping air travellers in a constant state of fear and anxiety, eh?

I arrived into Ibiza at 11pm and made a swift exit to get to the front of the taxi queue. There had been some misunderstandings regarding my accommodation, so at the last minute I’d booked myself into the Piscis Park Hotel near San Antonio’s Egg roundabout. Note to the rest of the world – DO NOT STAY IN THIS HOTEL. It was truly the most appalling accommodation experience I’ve ever endured. The clientele should have told me something, as half-naked low lifes walked around hollering, chanting and cursing, playing loud music as they walked. The corridor floors were all coated with some unidentifiable liquid, and my attempt at grabbing a quick hour’s rest were scuppered by the zoo-like behaviour in the corridors. Giving up, I headed off to Soul City for the night’s action.
The familiar DJ family of Policy and Horse were in attendance, along with SC boss Julian, and the usual all-night fun was had in what remains the island’s liveliest spot for urban/ black music safter all these years. Just prior to my 4-5.30am set I headed over the road to say hi to DJ Flex Boden who’d been holding it down at Faces nightclub all Summer. I have hazy memories of DJing alongside Flex at a strip club in Plymouth in what feels like another lifetime. I also called into the plush Es Paradis nightclub, where Cardiff DJ Mo Moniz has been running his So Funked R&B/ hip hop night on Mondays through the Summer. I narrowly missed the opportunity to spin on their weekly 5-9pm boat party through landing too late, but hope to rectify that next year as, after all these years, I’ve still never DJed on a boat!

Arriving back at the Piscis Park at 6.30am, any hope of sleep was scuppered by the degenerated beasts and savages running in and out of each other’s rooms, shouting, … and generally behaving like degenerated beasts and savages. So later in the morning I headed round to the Hostal Roca, situated near Soul City, where I got a daytime room for 20 Euros and was finally able to grab some sleep. I managed a swim in the sea and a good meal before taking a quick look at Cafe Mambo’s annual In The Mix event, where DJs such as Judge Jules were mixing drinks for punters while the bar staff played the tunes, in a reversal of roles designed to raise money for local charities. Then it was straight to the airport bus ready to catch the 11.30pm Norwegian flight back to Gatwick.
Back to more formulaic audio activities then. My Sound Of Freedom conscious music show continues fortnightly, hosted on my Soundcloud page. It’s a great experience putting each show together, trying to strike a balance between old and new tunes, and a good diversity of subject matter and moods. The full set of TSOF shows so far is right here, and each new show gets added to the playlist as it appears:
http://soundcloud.com/mark-devlin/sets/the-sound-of-freedom-the-full
The Sound Of Freedom is not to be confused with The Sound Of Now (!) of course, which is my weekly new music showcase that airs every Saturday on Destiny 105 in Oxford. You can listen live between 6-8pm GMT on this link – http://destiny105.co.uk/listen.html. Otherwise, I post the audio along with the full playlist on my site each Sunday. This is an equally fun process, involving sifting through the oceans of mediocrity to find what i consider to be cracking new tunes from different genres.
On Saturday 13th, I got the opportunity to cover the show that airs before mine, the So It Goes Vinyl Show hosted by the brilliant broadcaster Danny Prince. Danny drops a truly eclectic selection of grooves old and new in many different styles, which always inspires, and I loved getting creative with my own selection as I held the fort for him as part of a four-hour radio marathon. The resulting show is here, and contains some of my very favourite soul and funk tunes from throughout the decades:
Part 1:
Part 2:
I have to confess that the tunes for this show weren’t actually played off vinyl, which I’m sure will horrify a purist like Danny. I did rectify this a couple of weeks later, however, when I was invited back to drop a live vinyl mix of late 80s house tunes. The memories came flooding back as I sifted through my garage archives to put a nostalgic selection together. Here’s the result of that:
Finally on the mix front, the latest of my mixes for national Metro FM in South Africa was broadcast on Friday 12th, this one being a quickfire 80s soul/ funk excursion:
My Good Vibrations podcast series rolls on, this one consisting of conversations on all manner of alternative subjects. The latest volumes have been with music producer and manager Mike Angel on aspects of the music industry’s darker side, the return of journalist Chris Spivey talking about the latest descents into an Orwellian police state of ‘Great’ Britain, and US researcher Wayne Bush on his ‘Tricked By The Light’ theory on spirituality, which is best described by going straight to the audio! I also had the opportunity to interview two of my biggest heroes of humanity face-to-face in London, in the form of Max Igan, over from Australia, and Ken O’Keefe, on the subject of Israel’s latest incursions into Gaza:
I posted the video footage of Ken’s wonderful presentation from this Summer’s Glastonbury Symposium to my Youtube page this month, too, which is well worth a view to get some world perspectives from a hugely inspirational individual:
My own latest public talk came on Monday 22nd, as I headed up to the New Horizons meet-up group in St. Anne’s, just outside Blackpool, where organisers Rob and Chrissie had kindly allowed me to stay at theirs for the night. This was my latest presentation on the corporate music industry, and I was encouraged to see that this one seemed just as popular as my others, with a genuine public appetite to find out more about how the music game is used for nefarious means. This one was filmed, with the footage below. The content will be familiar to those who have seen any of my other talks, but might be of interest to anyone totally new to the subject:
The following week, on Tuesday 30th, I headed up with my fellow DJ Mate Ritchie Paul to Truth Juice in Birmingham to hear British hypnotherapist and researcher Neil Sanders give a talk. Neil gets into all aspects of societal mind control, and had jaws on the floor as he sped through some incredible examples of synchronicity involving everything from the CIA’s MK Ultra programme, to the mafia, politics, music, government, Satanism and plenty of links with Frank Sinatra!