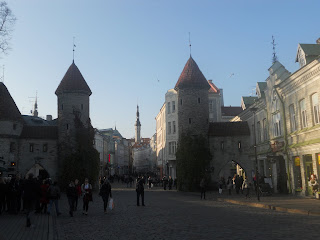 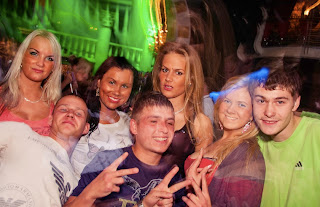 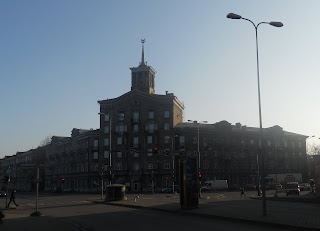 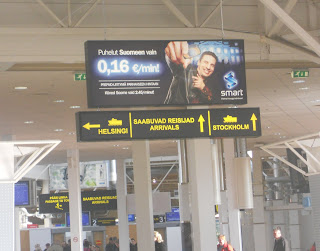 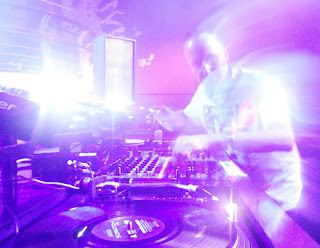 The last weekend of October had seen me out in Latvia. For the first weekend in November, I was due back in the Baltic states, this time to spin in Tartu, Estonia’s second city. Prior to that, however, I’d programmed in 24 hours to visit my old mate Drew Myrie, a former DJ who moved from the UK to Finland, and married his fiancee Mya earlier this year. The weekend consisted of a motley assortment of flights, boats, cars, buses and trains.

Once again, I dragged myself up in the middle of the night to catch a dawn Easyjet red-eye to Tallinn. Once there, I headed through the Estonian capital to the ferry port, where I boarded the Tallink MS Superstar to cross the Baltic Sea to Finland. This is a colossally huge cruise liner that appears to be the size of a small town, and it’s a miracle the thing can move at all, let alone stay afloat. On occasion, it travels overnight to Stockholm, whereas the crossing to Helsinki takes two hours. The length surprised me, as the distance looks no further than Dover to Calais on the map. Drew later informed me that the crossing is deliberately protracted to get punters to spend as much money as possible in the array of on-board bars, restaurants and shops.

In a grey and gloomy Helsinki I hooked up with Drew and we headed to his apartment in the neighbouring town of Espoo. Impressively, he has a sauna in his crib – only right for the land where it was invented I guess – and a quick session before sleeptime seemed only right, as I got my insider’s insight into the curiosities of life in the country.

It was bright and sunny on Friday morning – always a blessing in a land where suicide rates are high due to the crushing effects of so much Winter darkness. I jumped back on the ferry back to Tallinn, and from there, a two-and-a-half-hour train ride down to Tartu. The city is home to Estonia’s largest university. My plans to take a long rest at the Hansa Hotel were dashed when it turned out the whole of the rest of my floor was taken by attendees of an annual dog show …. and they all had their whining, yapping and whimpering hounds in the rooms with them. Great timing.

A while later, Estonian top dog DJ Quest, with whom I was spinning that night, had arrived down from Tallinn, and we headed for a bite to eat before going on to Club Illusion, a former movie house that the owners have turned into a very cool club. It was my third gig there, and it struck me that the crowd were more full-on than last time, which made for an energetic and very enjoyable night. Fortunately the dogs were out for the count back at the hotel, so I was able to manage a few hours’ kip.

It was good to get a healthy batch of laptop work done on Saturday as I coached back to Tallinn – moreso than I would have achieved back in the madness of Devlin Towers with the distractions that two toddlers inevitably bring! From my evening flight back to Stansted, I again darted straight to Milton Keynes to launch into my regular spot at The Living Room, feeling shattered from hours of travelling and the two-hour time difference by the end of it.

The third instalment of my Just Buggin’ Illuminati podcasts (for want of a better phrase) dropped this month. This is slightly more ‘specialist’ in nature, shall we say, than other podcasts, and seemingly not for everyone. I felt inspired to bring together another bunch of tracks by hip-hop artists who are alert to what’s really going on in this world, (about as far removed from the version of events you get in the mainstream media as it’s possible to imagine.) You can catch that one right here, and if you’re new to the whole subject, you may well find it intriguing to have a quick peek!

The rest of the month involved routine UK gigs, so I’ll resist flogging a dead horse by looking for anything profound to say about them. The only other things worth mentioning are a couple of Youtube vids which surfaced from last month’s classy Swish Ball in Swindon, which featured my interviews with UK soul legend Omar…

… and this one with 1Xtra’s R&B DJ Ronnie Herel…

And to finish, just a reminder to keep checking Black Sheep, the most happening on-line UK black music magazine out there, It runs at http://www.blacksheepmag.com. And be sure to follow us on Twitter for all the latest news updates – http://twitter.com/#!/blacksheepmag

That, therefore, appears to have been November!

THE SOUND OF FREEDOM ON THE PEOPLE’S VOICE. SHOW 15. PLAYLIST & LISTEN AGAIN LINKS