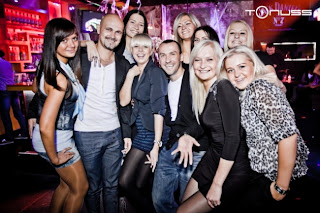 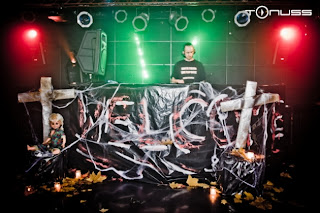 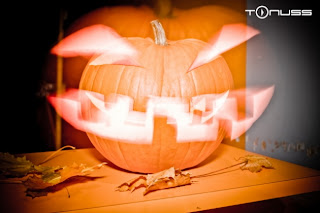 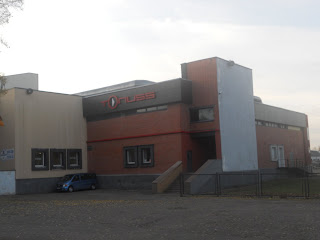 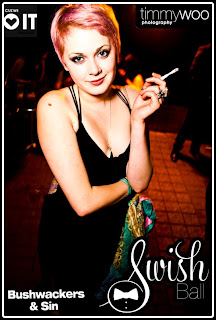 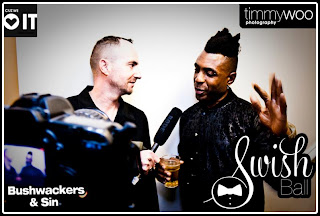 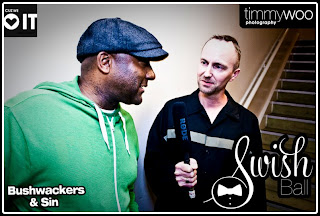 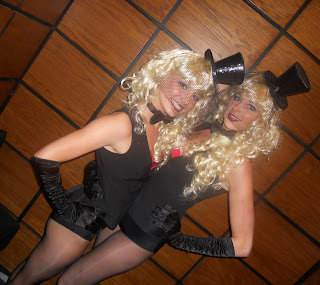 Versatility is the hallmark of an accomplished DJ, (in my book at least,) and Saturday 1st October gave a chance to put it to the test. I was spinning my monthly spot in Bath at The Second Bridge, (known by a whole array of names over the years including Roxbury’s, Club Blu, The Asylum and Babylon!) I started the night playing in the upstairs feeder bar, The Earl, dropping soul, funk and disco. A short while into my set, however, the manager advised that the DJ lined up to play in the ‘urban’ room hadn’t shown up, and I was asked to immediately head down and take over. Fortunately, I had all the appropriate tuneage. It had been quite a while since I’d had to spin all the Drakes, Rick Ross’s and Skeptas, but it all went down very well, and it turned out to be one of the wildest nights I’ve experienced in The Vaults.

There was an outstanding weekend lined up a few days later, musically speaking. First off was the much-anticipated Swish Ball in Swindon. Stu Campbell and Kev Wilkinson of Cuz We Love It Productions had the idea of staging a ticket-only, soulfully-based music night to a well-dressed, mature crowd, and had lined up a PA from Omar, alongside DJ sets from Ronnie Herel, Rampage and myself.

I kicked the night off, dropping the kind of music that always seems to go down well in Swindon, a town that’s far more amenable to real music than most, (in the right venues, at least!) Ronnie then ignited the crowd, ready for Omar’s PA, and Rampage’s set afterwards. Between acts, I got roped in to interview Omar and Ronnie backstage for a DVD of the event. It was an all-round great night, with a stunning set of pictures as a result. Hold tight for the interview vids on Youtube soon as well, but in the meantime, here’s a quick snatch of Omar’s performance:

There were more good vibes the following night. DJs Martin ‘In Full Swing’ Rafferty and John Mustoe run a bi-monthly at Sloanes in Gloucester called Back In The Day. As the title suggests, it’s all about 90s R&B, hip-hop and New Jack Swing, (although they also do alternative 00s nights called Back To The Y2K,) and they have a great strategy of only using DJs that were out there doing their thing then, rather than any Johnny-Come-Latelys! The place was rammed with clued-up party people, and I went into a zone during my two-hour set. John and Martin followed with outstanding selections, keeping me jamming and highly impressed that it’s still possible to rock peaktime on a Saturday night with all this good stuff. A stunningly good night which I hope to get back to at the earliest opportunity.

The Just Buggin’ Quarter 3 2011 podcast went live during the month, consisting of the heaviest underground hip-hop tunes I unearthed during the July-September period all in one place. You can get it from the Soundcloud page here –
Just Buggin Q3 2011 by Mark Devlin

The other is slightly more ‘specialist’ in nature, shall we say, and seemingly not for everyone. I felt inspired to put together a third JB Illuminati Special, (for want of a better phrase.) This one brings together a bunch of tracks by hip-hop artists who are alert to what’s really going on in this world, (about as far removed from the version of events you get in the mainstream media as it’s possible to imagine.) You can catch that one right here, and if you’re new to the whole subject, you may well find it intriguing to have a quick peek!

Fast forward to end of the month then, and on Friday 28th I found myself hauling my battered carcass out of bed at an ungodly hour to catch a 6am flight to Latvia. This marked what must be my 8th or 9th visit to the Baltic state, this time to spin at Club Tonuss in Jelgava, around 50km from the capital Riga. At the airport I was met by my contact, Alex, and we caught the bus. I say bus, it was more a mini-van of the type that transports labourers to building sites in the mornings. Another memorable travel experience. My in-room wi-fi was a big attraction, but I did the sensible thing and caught up on some sleep and food ahead of the night’s gig.

Tonuss is a stark warehouse-style venue on the banks of the River Daugava, and had been decked out strikingly for Halloween. I played from up on a stage, and at the manager’s request, took to the mic much more often than I normally would, constantly asserting my British credentials to get a crowd reaction, (his idea, not mine.) It was clear that only high-energy uptempo vibes would work, but I was glad that an extended session of UKG and UK Funky basslines got a great reaction.

The routing home on Saturday was a long one – the rickety mini-van back to Riga, a flight to Torp airport in Norway, then a five-hour stopover before a second flight back to Stansted. From there, it was straight off to DJ at the Living Room in Milton Keynes. I realised only that day that the clocks were due to go back, and the extra hour’s sleep came in very handy indeed.

… and that was October.

THE SOUND OF FREEDOM, SHOW 73