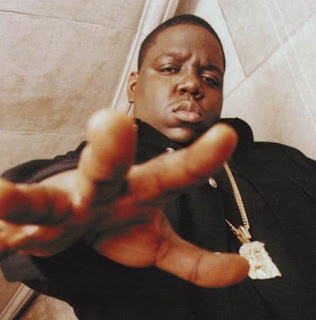 ‘Cos the Greatest Rapper of All Time died on March 9th’. 14 years since Biggie’s demise today (and still no murder charge!) Here’s the tribute mix section I ran on The Swing Shift back in March 1997 when the news broke. 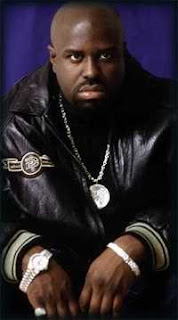 All fans of real 90s hip-hop are gonna love this, so had to share it. This was Funkmaster Flex’s all-90s mix show which went out on the 4th July Weekend of 2007 on Hot 97, New York. A stunning, fast-moving selection of boom-bap bangers and underground anthems. Flex sounds in his element, and there’s a definite hint in some of his links that he resents having to play contemporary trash just to stay in the game. Absolutely stunning, and highly recommended. 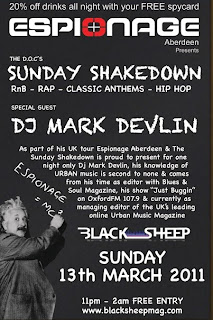 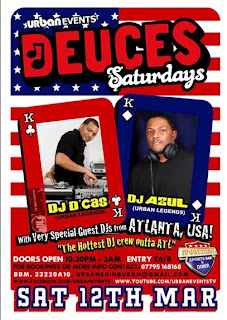 All fans of real 90s hip-hop are gonna love this, so had to share it. This was Funkmaster Flex’s all-90s mix show which went out on the 4th July Weekend of 2007 on Hot 97, New York. A stunning, fast-moving selection of boom-bap bangers and underground anthems. Flex sounds in his element, and there’s a definite hint in some of his links that he resents having to play contemporary trash just to stay in the game. Absolutely stunning, and highly recommended.

Remember when Kanye used to be good? 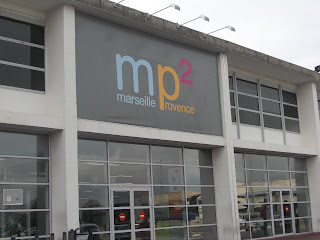 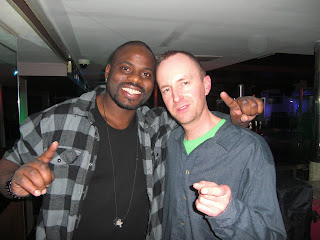 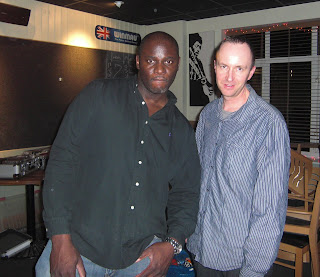 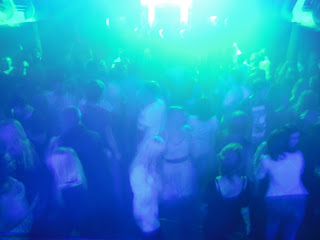 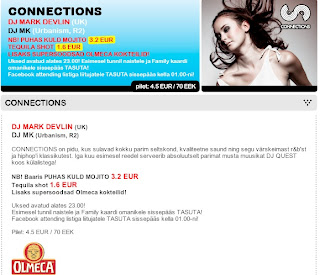 The dawn of 2011 was a time of mixed fortunes in the Devlin household. On the one hand, January was the usual month of drudge and routine, not helped by the freezing weather and nasty vomiting bug which struck the family. But on the other, it was a time of great blessing as our second daughter Akilah was born on Wednesday 12th. Re-adjusting to new parenthood with an energetic two-year-old already to look after was a bit of a shock to the system. By the time February dawned I was more than ready to make my first overseas escape.

On Thursday 3rd I set off for Germany, the most cost-effective way of getting to Estonia the following day. I flew to what Ryanair laughingly refer to as ‘Dusseldorf Weeze’, which in reality is sheer mileage from the city of Dusseldorf. In truth, it’s no more outrageous than referring to Stansted Airport as ‘London Stansted,’ while the latest scam involves the (largely cargo/ freight) airport at Kidlington, close to where I live, being referred to as ‘London Oxford’ when it’s a clear 60 miles from the capital. I overnighted at the Weeze Airport Hostel, (roach,) before re-boarding in the morning en route to the Estonian capital Tallinn.

The gig was in the country’s second city, Tartu, out towards the border with Russia. After heading into town, I embarked on the two-and-a-half hour drive with DJ MK, (that’s the Estonia version, by the way, not the dude from Kiss FM London.) The country was the latest to have adopted the Euro on 1st January, and the shops were full of native Estonians looking just as confused at the pile of Euro coins in their hands as I was. Our accommodation was in the cosy German-themed Hansa Hotel, while the club, Illusion, occupied what looked to be a former church in a very quiet part of town. Despite this, the crowds turned out in their hordes, and the place was jumping by midnight. I alternated with MK, spinning from up on the stage, and getting to drop a very full and varied set. It was enlightening to hear a couple of Estonian reggae fusion tracks in MK’s set.

Far too little sleep, as I was up to catch the coach back to Tallinn Airport at 8am – an all-too-familiar scenario. The random assortment of flights involved me flying into Luton, from where I then had to get another coach around the M25 to retrieve my car from Stansted. Finally, Saturday night saw me spinning one of my regular eclectic sets at The Living Room, Oxford.

The following weekend I headed to the Cherrywood Lounge, on the grounds of Farnborough Football Club. My good friend DJ Mr Jay has just started doing the Friday nights there, and has dubbed them ‘Soundsational,’ with the intention of dropping quality soulful grooves old and new. To be fair it wasn’t particularly busy, but we resisted the easy option of dropping mainstream floorfillers, instead sticking to the soulful gems. It was great to get to play such tunes, and equally, to indulge in some good banter in between.

I posted a massive batch of vintage radio tape rips to my sites this month, and judging by the volume of positive messages, they’ve gone down very well. Among the selection are Robbie Vincent’s Killer Cuts shows on Radio 1 from 1984 onward, Mike Allen’s year-end electro hip hop shows on Capital Radio, Pete Tong’s first show on Radio 1 from 20 years ago, and some fascinating early Capital Rap Shows from Westwood in the days before he shouted a lot and played pop music. You’ll find the whole collection right here:

On Tuesday 15th, I embarked on a quick overnight excursion to Marseille, France. I used the experience to test out how much of my rusty French I’d retained. The problem’s always the same – while I’m proud that I manage to ask questions fluently, I can never understand the answer, and ‘parlez vous Anglais?’ inevitably follows.

In January, I had Soul City Ibiza resident Mister Ice guesting at my spot at Mirage in Aylesbury. Having another DJ along is always a good experience, as you tend to inspire each other to try that much harder than you would have done alone. On Friday 18th, I headed to Ice’s regular spot, Tramps in Worcester. Ice himself wasn’t there on the night, so I took over the reins from his partner DJ Unknown. Ice heads back to Ibiza in May, where you can catch him spinning every night through the Summer at Soul City in San Antonio’s West End. It’s the island’s original urban music party spot and comes highly recommended. I’m looking forward to getting back out there myself in July.

Following routine gigs in Aylesbury and Milton Keynes at the end of the month, Parveen and myself headed off on a quick (and, I might venture to suggest, much-deserved) break to our favourite spa hotel, Alexander House in West Sussex. It’s always the same; while the good food and exercise feels good at the time, a couple of hours later, you feel absolutely bloody exhausted! Then it’s back to reality.