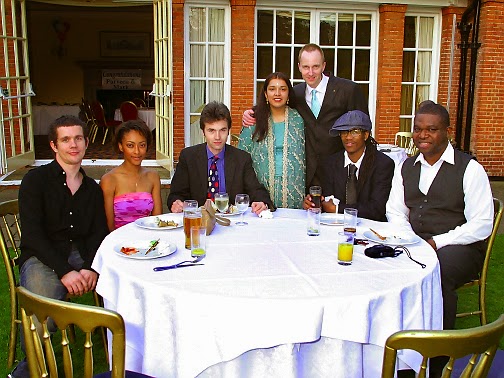 Although Friday 6th June marked the 70th anniversary of D-Day, it meant something else to me as it was also my tenth wedding anniversary, (my jokes that it feels more like 40 didn’t go down too well at home.) I still have razor sharp memories of a perfect day in 2004, and a bunch of my DJ friends turned up for the evening reception – shouts to Kid Fury, Ussherman, Kieran, Adam and Drew Myrie. Not forgetting big love to the missus Parveen, of course!
During the week I’d been rooting around in some of my vinyl collection, now situated in flight cases and on some purpose-made shelving in the garage. I recently saw videos by both Tim Westwood and Carl Cox in which they show off their massive, encylopaedic vinyl collections, which are the sort of thing to make trainspotters salivate. Mine is very humble by comparison, but still contains many treasured gems. I was blowing off the cobwebs in preparation for a live mix on Danny Prince’s show on Destiny 105. Danny’s on before me, and runs a truly great show called As It Goes, consisting of soulful, funky tracks all spun strictly off vinyl. I was chuffed to be asked to drop a guest mix, and so went in with some cool 80s grooves. You can listen to the result and check out the playlist on the link below.
Straight afterwards I jumped into my own show, The Sound Of Now, which showcases two hours of great new music each week from 6 to 8pm.
On Sunday 8th, we rounded off our anniversary weekend with an overnight stay at Whittlebury Hall hotel and spa in Northants. Not much romance on the cards though, as the kids came along too. Three-year-old Akilah entertainingly refers to a hotel as ‘a ho-towell’. 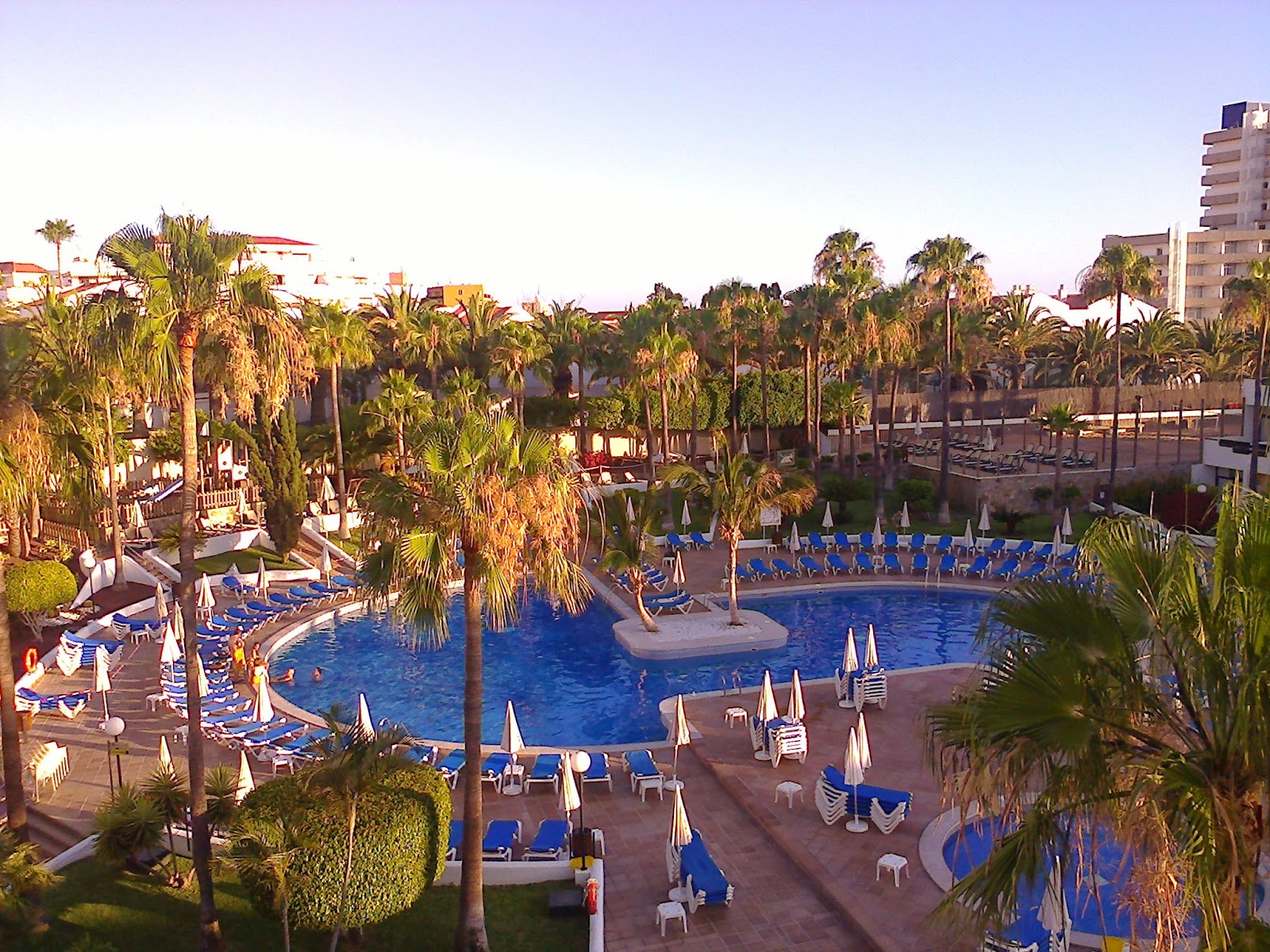 Some hot weather was guaranteed on Wednesday 11th, (not that it was lacking in the blazing UK) as I made an exit for Tenerife. This marked my third June outing to Notorious Bar, part of Tramps, generally considered the leading nightclub on the island. Notorious is very similar to Soul City in Ibiza, offering a lively mix of ‘urban’/ black music seven nights a week til 6am, and with free entry. Holding it down there is Tenerife legend and professional Tim Westwood lookalike DJ Snoopy, originally from Glasgow, but now a Canary Island resident for an impressive 23 years. 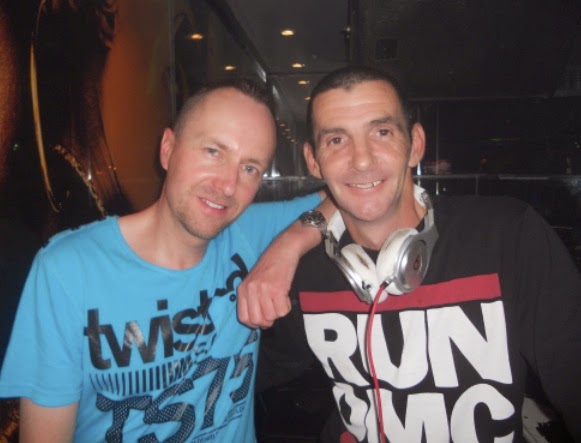 On this occasion, Snoopy and myself split the 2 to 6am set, challenging each other to pull out all the surprise bangers. There aren’t many benefits to hotel breakfast times for DJs, but things paid off on this occasion as I arrived back just in time for first seating at 7am, and filled up nicely before crashing out for an all-too-measly three hours of sleep. 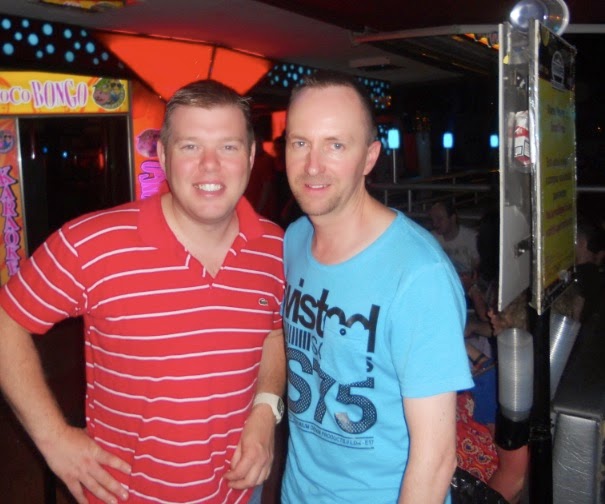 I’ve since heard the sad news that Tramps, and the whole Starco complex it’s a part of, has been closed down by the authorities indefinitely. Commiserations to all staff and holiday makers affected by this.
On to more meaningful music matters, my Sound Of Freedom show continues weekly, now exclusive to my Soundcloud page. The process of unearthing new truthful music, as well as identifying revivals for the Truth Trip feature, continues to be fulfilling and take up many hours of my week. There’s no other place on the net where you can find all this good stuff together in one place, so do give it a listen. All shows so far are now grouped together in the following playlist:
http://soundcloud.com/mark-devlin/sets/the-sound-of-freedom-the-full
My other podcasting activity is the Good Vibrations series of conversations covering all manner of alternative subjects you never hear broadcast in the mainstream. The first this month was with British-born, French-based activist and researcher Max Bliss, all about the chemtrail/ geo-engineering agenda, and how it all fits into the much wider subject of Agenda 21 and all the nice little surprises the ‘elites’ have lined up for us all unless we all wake up and start paying attention fast. This is one of the most important subject areas anyone could give their focus to at this time:
Volume 42 takes it back to music industry conspiracy, meanwhile, focussing on the controversial theory that the real Paul McCartney died in 1966 and was replaced by an impostor. I fully acknowledge that this sounds ridiculous when you first hear it. It’s only when you get into the multitude of fine detail that it starts to take on plausibility. I did just that with leading ‘Paul Is Dead’ blogger Tina Foster, along with previous GV guest Matt Sergiou. You can hear the whole case here and decide for yourself:
Read More 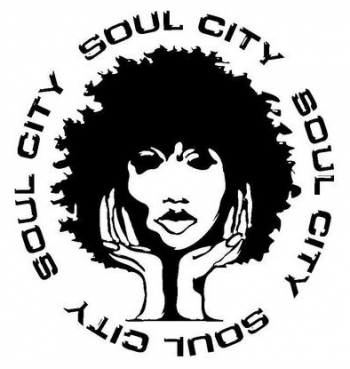 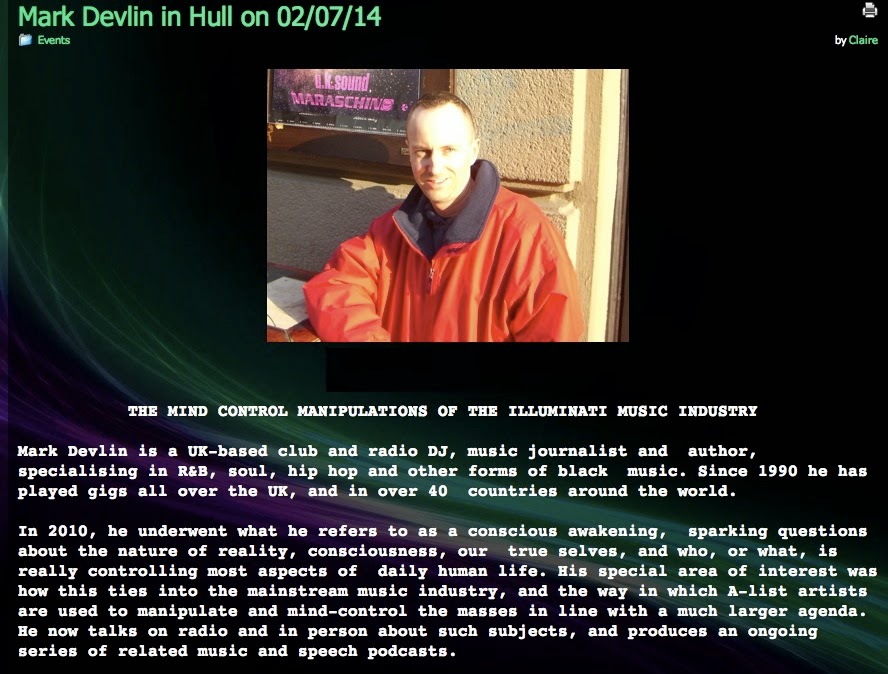 Next stop for my talk on the Mind Control Manipulations of the Illuminati Music Industry is at Truth Juice in Hull on Wednesday 2nd July. It kicks off at 7.30pm at the New Walton Club. If you’re in that part of the world, do get along if you can.
Details here.
Then, all roads lead to Glastonbury for the Symposium on the last weekend in July.
Read More
As ‘conspiracy theories’ go, the suggestion that the real Paul McCartney died in 1966 and was replaced by an impostor is right up there with JFK, 9/11 and the moon landings hoax. When first heard, the very idea sounds preposterous. But how many who scoffingly dismiss it have spent any time looking into the hard evidence for the switch? Two years ago the suggestion that Jimmy Savile could have been sexually abusing children on BBC premises for 50 years would have been greeted with similar derision.
In this volume, Mark Devlin chats with Tina Foster, proprietor of the Plastic Macca blog, (http://plasticmacca.blogspot.co.uk/), the web’s leading source of information on ‘Paul Is Dead’. Also along for the ride is Matt Sergiou, who runs the Conspiro Media blog, (http://conspiromedia.wordpress.com/), documenting the darker side of the entertainment industries.
Tina goes through a multitude of evidence for McCartney being replaced, from data presented by two Italian forensic experts, to over 400 lyrical and symbolic clues placed in The Beatles’ music and imagery. We revisit the comments made by Heather Mills in 2007 about her discovering ‘a terrible secret’ about Paul, which take on new significance if viewed from this perspective. Also discussed are some aspects of ‘Paul’s intriguing behaviour in recent years, and some of the occult elements of The Beatles’ music. We end by speculating on who the impostor, (or impostors) may be, and on whether this secret will ever be revealed, or will remain a theory that goes with everyone to their graves.
As with all things, each listener must of course make up their own minds. but please do listen to all the information first!
Read More
Beautiful new piece of feel-good music from Goapele to restore my faith. Kinda a mid-90s Zhane-ish Summertime vibe. This stands head and shoulders above all the mind-control toxic garbage! Take note, kids!
Read More
Here’s my latest pair of mixes for South Africa’s national Metro FM. Cool, non-corporate hip-hop and R&B old and new!
MIX 1
JOE FEAT: 50 CENT: MARY JANE (REMIX)
Y EN VEE: CHOCOLATE
TOTAL FEAT. NOTORIOUS B.I.G: CAN’T YOU SEE?
JENNIFER LOPEZ FEAT. NAS: TROUBEAUX
PETE ROCK & CL SMOOTH: THEY REMINISCE OVER YOU
MARY J. BLIGE FEAT. PHARRELL: SEE THAT BOY AGAIN
DJ PREMIER FEAT. LADY OF RAGE: CHEMICAL BURN
MIX 2
ALAIS CLAY FEAT. PAYDAY MONSANTO: HEAVY KOOLAID
PETE ROCK: THE BASEMENT (DELTA GAME REMIX)
CORMEGA: INDUSTRY
ZHANE: REQUEST LINE
TANYA VON: TONITE
AMERIIE: WHAT I WANT
Read More

Just exhumed this chilled soulful mix I did for the Midnight Marauders feature on Trevor Nelson’s Radio 1 show back in February 1998.