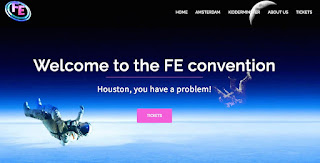 I’m very happy to announce my involvement in the Flat Earth Europe convention, happening in Amsterdam in late September.
Now … two important things before anyone gets triggered to reach for the Unfriend/ Block buttons, (and I wouldn’t even have to mention it if I didn’t know from experience that this scenario does regularly happen!)
First off, I will not be a speaker at this event. This is a subject area which interests me greatly, but I’m very far from an expert on it, so I prefer to absorb what other, more studied researchers have to offer. I will be DJing a conscious music set, similar to the one I just dropped at Anarchapulco, at the opening night party on the Friday.
Secondly, this is not a get-together for ‘flat earthers’ to socialise and all pat each other on the back. As the schedule indicates, a major part of the programme will involve professional, respectful debate between both heliocentrists and geocentrists, each putting forward their own points of view. This is no “CIA psy-op,” but rather a forum for open-minded discussion and reflection … which is what, as genuine seekers of truth and rejecters of lies and deception, we all say we want, right?
Speakers announced so far include Jeran Campanella, Roxanne Glen, Iru Landucci and Nathan Oakley, with more to be added soon. Patricia Steere is to act as MC for the open mic session, with comedy from Martin Liedtke. Hosts are Gary John and Didi Vann. Full details are on the URL link provided.
The Amsterdam event is preceded a couple of weeks earlier by another convention, this one held in Kidderminster, England. Full details of that one are on this same site too.
https://feconvention.com/amsterdam/
Read More
Listen to “Mark Devlin and Ole Dammegard with Jason Goodman, at Anarchapulco 2019” on Spreaker.
I recorded an episode of Crowdsource The Truth while at Anarcapulco 2019, alongside Ole Dammegard, and show host Jason Goodman. The conversation covered aspects of my work on the music industry and social engineering, and Ole’s on state-sponsored “terror” events, and the areas of common crossover between the two.

This is the audio to the show. The full video experience will be available to view via the host’s Patreon site at: https://www.patreon.com/crowdsourcethetruth 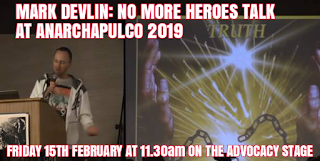 Greatly looking forward to breaking out to Mexico for Anarchapulco next week. I’ll be delivering my No More Heroes talk on the Advocacy Stage at 11.30am on Friday 15th February. Later that evening, I’ll be dropping a soulful and uplifting DJ set at the Pool Party, then back again to spin at the closing night party on Sunday 17th.
www.anarchapulco.com
Read More
MARK DEVLIN MIX FOR MASSIVMETRO.COM
FEBRUARY 2019
MAXDAL, ROY PICONE & B GRACE: STRONG ENOUGH
BOBBY D’AMBROSIO & STEPHANIE JEANNOT: LOVE WILL SAVE THE DAY
BELEZAMUSICA: INSIDE OUT (DJ MEME 2018 RE-TOUCH)
MAX MARINACCI FEAT. FATIMAH PROVILLON: YOU KNOW WHAT I MEAN
THE PATCHOULI BROTHERS: HE WONDERS
RHYTHM STAIRCASE FEAT. KARLA BROWN: EXCUSE ME
MATT CORREA: MAKE IT FUNK (ORIGINAL MIX)
KNOX: THE NEW NEW (SATURDAY SKATE MIX)
PETE MOSS: JUST FOR YOU
KERRI CHANDLER: YE YO MA (DOUG GOMEZ REPRECUSSION EDIT)
Read More
Listen to “GVP #137 – Sofia Smallstorm – The Manipulation of Consent” on Spreaker.
American researcher, author and seeker Sofia Smallstorm is back for another thought-provoking conversation as we get into the issues of Free Will, Consent and Tacit Approval – as metaphysical aspects of Creation, and by way of ‘real-world’ examples of how these dynamics play out in our daily experiences.
Sofia cites some examples of how corporations and government agencies recognise that they are bound by the right for all to Free Will and, despite having concocted numerous machinations to covertly trick us into giving our consent, when we assert our rights, we get reminders of that fact that we retain the ultimate responsibility for how these things play out.
Along the way the conversation touches on Merchant Law versus Common Law, the Smart Grid, 5G technology, ‘dirty’ electrical wiring, Transhumanism, and what might really be behind the recent “wildfires” in Southern California.
Read More 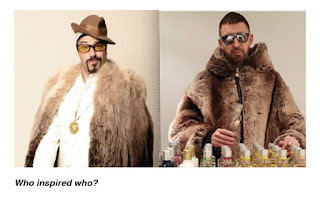 It brings me no pleasure to release this. Facing the truth that someone you once looked up to is just another Lifetime Actor is always an uncomfortable process. But this is long overdue, and nobody else was ever going to do it. So here is my 9,000-word account of what I now believe to be the true nature of Tim Westwood, and the agendas for which he’s always been used.
This is the first in an occasional series of articles I plan to put out this year, exposing many A-list, household-name DJs for the system-servers they really are.
You can download the PDF document from this link:
https://www.mediafire.com/file/y2lc7ic78soh826/Tim_Westwood_-_Approved_Gatekeeper_of_the_UK%27s_Hip-Hop_Scene.pdf/file
Read More