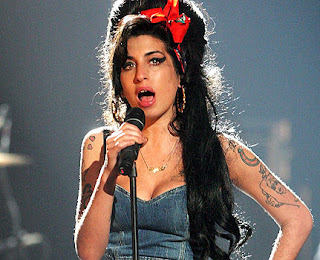 Singer Amy Winehouse, 27, has been found dead at her home, the Press Association has reported.

Last month, the north Londoner pulled out of her European tour after she was jeered at her comeback gig in Serbia for appearing too drunk to perform. For 90 minutes, she mumbled through parts of songs and at times left the stage – leaving her band to fill in.

The troubled singer had a long battle with drink and drugs which overshadowed her musical career in recent years.

A Metropolitan Police spokesman confirmed that a 27-year-old woman had died in Camden and that the cause of death was as yet unexplained. London Ambulance Service had been called to the flat at 1554 BST on 23rd July and sent two ambulances but the woman died, it said.

Winehouse had won widespread acclaim, aged 20, with her 2003 debut album, Frank. But it was 2006’s Back to Black which brought her worldwide stardom, winning five Grammy Awards.