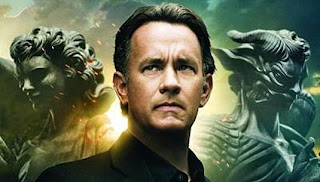 Dan Brown’s ‘Angels & Demons’ was always a far more cinematic novel than its contemplative follow-up ‘The Da Vinci Code’, so a straight transfer to film was always going to be a winner. Director Ron Howard doesn’t disappoint, keeping up the pace as the high-octane action blends with deep, but manageable dialogue. With kidnap, ingenious murder, riddles, old-fashioned detective work, and an underlying plot pitching religion against science, the story has enough elements to appeal to all but the most selective of movie-goers.

Tom Hanks reprises his role as Harvard symbologist Robert Langdon – a kind of latter-day Indiana Jones with a blazer instead of a whip. He’s called on when a device containing deadly anti-matter is stolen from a research institute, at the same time as four cardinals are kidnapped from The Vatican. The crimes are attributed to The Illuminati, a seemingly resurrected version of an old enemy of the Catholic Church.

What follows is a good old-fashioned race against the clock before the anti-matter explodes, and the cardinals are picked off in ever more gruesome ritualitic ways. Arguably, the film belongs to Ewan McGregor, who shines as an ambitious young Catholic priest, while Ayelet Zurer makes a curiously glamourless leading lady. Naturally, all is not as it seems, with a couple of crucial plot twists, and a few subtle deviations from Brown’s novel to keep even its readers on their toes.

TALES FROM THE FLIPSIDE: EXPLODING THE MYTH OF THE SUPERSTAR DJ LIFESTYLE!