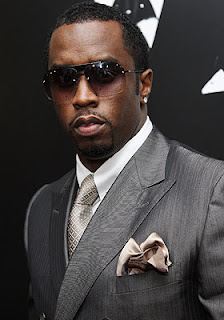 P Diddy – somebody send this man a map to Beachy Head

The process of assessing my hottest records of the year has turned out to be illuminating. Although many heavy tunes got made and are always there if you dig deep enough, the fact remains that the majority of (U.S) mainstream hip-hop and R&B output has been pure garbage, making 2008 surely the lamest year yet.

So much of the blame has to be laid at the door of the appalling Auto Tune sound. How the hell has this vomit-inducing method of making ‘music’ been allowed to permeate so far into the culture? Why do consumers not simply refuse to support brainless school disco music, thereby forcing the makers to go back and return with something more credible?

The sound reminds me of those nasty Euro-cheese Summer records that you hear in shit holiday hotspots. Now comes the news that, following Kanye’s piss-poor album, P. Diddy is planning to contribute an Auto Tune album to the world. Why would you do that, Puff? If Kanye told you to go and jump off a cliff would you do that?

Hmmm. P. Diddy jumping off a cliff … now there’s a thought. Somebody give this man a map to Beachy Head.