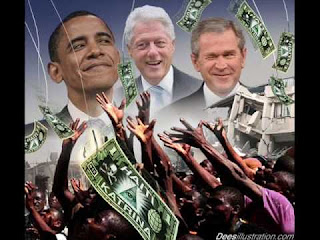 The light bulb’s on and something’s starting to happen
It’s tough to comprehend when your belief system shatters
The world’s not like we thought it was. Reality’s not what it seems
What we’ve been conditioned to perceive. It’s like a dream
But the world is waking up. People are actually starting to notice
And understand that everyone alive’s a part of this whole process
Politicians don’t run the world, bankers do
The situation’s obvious but we never think it through
The BBC, CNN all the daily papers
Just propaganda tools for the real decision-makers
The presidents, prime ministers and chancellors are puppets
And Obama’s no different, people. Some say the biggest muppet
They keep up the illusion that we’re free and play their role
Spouting what they’re told to say as the teleprompter rolls
The New World Order tiptoes on, bankers enslave and rape us
But it’s Jordan’s tits and Rooney ‘s fee that makes the front page of the papers

(Ever noticed how everything about society is structured in favour of the corporations, and never the individual? People say ‘that’s just the way it is.’ But when 99 per cent of the human race are being controlled and enslaved by the one per cent, it’s time for that 99 per cent to change ‘the way it is’. Tax. Just think about that. We all meekly pay it because ‘thats just the way it is.’ But tax is nothing short of legalised robbery. How the hell did we ever fall for that?)

The biggest scam inflicted on humanity is money
It rules our lives, but it doesn’t even exist. It’s kinda funny
You’d have to laugh, it’s kinda tragic. Figures appear on a screen by magic
And your bank gives you a loan. As you become another drone
But there’s no money in their coffers, so it’s illusory what they offer
Imaginary credit. Nice work if you can get it
And so the debt goes down the line, with more and more applied
And when the rent gets late, because of what the banks create
They just create more credit. And the public never get it
You’re not supposed to win. You’re only supposed to lose
And doze and snooze. And doze and snooze

(If all the money lining the pockets of the soulless devils pulling the strings of this world stage day in day out were re-distributed fairly throughout the world, and if governments issued money directly rather than being slaves to these same cartels of private bankers masquerading behind the Federal Reserve and the Bank of England, poverty, starvation and squalour could be completely eradicated
Still, don’t worry about it. The X Factor’s on and, OMG, what is Cheryl wearing??!)

The elephant’s in the room and it’s shocking what your mind edits
What’s been right in front of our eyes our whole lives, but we still don’t get it
It’s not like the subtle reminders aren’t everywhere you look
You got to hand it to the masons, man, they’ve got their game on lock
Why the depictions of the occult aimed at kids in films from Disney?
Why’s a Babylonian goddess featured on the Statue of “Liberty”?
Far too many all-seeing-eyes in the videos of Rihanna
Jay’s a puppet too, an Illuminati tool like Lady GaGa
When rastas talk of Babylon, you’ve got to question what they mean
Because it’s more significant than a locked-down mind can glean
The land between two rivers is what we call Iraq today
And it’s from here that the plan for world control began to play
But the evidence and artifacts are being destroyed forever
While the cover story tells you that it’s all a War on Terror
The Church of Babylon upped its roots and set up shop in Rome
Renamed itself the Catholic Church and drove its doctrines home
Christianity and Islam followed, manipulated mentalities
To keep the masses frightened, meek and blunted to reality
The most effective way to control the masses? Feed them fear of Hell
And that we’re all just sheep. And edit whatever else you tell
But if the truth’s too inconvenient and guys like me are nutters
Hey, just keep the blinkers on and batten down the shutters

(Does anyone ever stop for a second to question the insanity of war? Let’s break it down – you don’t agree with me and I don’t agree with you, so let’s kill each other. That’ll make everything OK again! The wholesale slaughter of human life – whether in the armed forces or not – is tolerated on a daily basis because ‘war is peace.’ Funny thing though. Notice how it’s never the sons of presidents and government ministers who go out to get their limbs blown off on the frontline. Wonder why?)

OK, children Gather round and get your bedtime story
With Saddam Hussein as the big bad wolf while the US basks in glory
Lee Harvey Oswald acted alone, Henri Paul was drunk
September 11th was planned from a cave and McVeigh was just some punk
President Bush got voted in all good and fair and square
He’s really just a regular kind of guy like Tony Blair
Yeah, I know I’ve lost my mind. I’ve lost the fucking plot
That’s OK. You don’t have to listen. You can be happy with your lot
I just saw some stuff on MTV. Hot girls and champs on tap
Now, who needs harsh reality when you can fill your mind with that?
lol

You never get the truth in all the lies the media hands to us
But connect the dots, and it’s clear that’s nothing’s random or by accident
Speed cameras, chips in pets, unfettered immigration
Electromagnetic soups from phones and micro radiation
Doctors paid by Big Pharma to dish out all those pills
If swine flu doesn’t get you, damn sure the vaccine will
The zeitgeist’s changing rapidly and the elites are getting primed
To dish out everything they got, ‘cos they’re running out of time
To keep us in a five-sense state, and oblivious to truth
Of who we really are and what we’re on our way back to
The awakening is happening, the process is underway
And a higher level of all of us chose to be living here today
To be a part of bringing in the process of mutation
The system can’t go on if we change the frequency of vibration
It’s time to face the facts that we’re actually the last generation
That stands a chance of stopping the move towards a global nation
George Orwell’s 1984 is what’s waiting for our families
Unless we refuse to co-operate with this agenda of insanity
The few control the many only because we’ve let it happen
Remove the base from the pyramid and the whole damn structure’s flattened

THE SOUND OF FREEDOM, SHOW 54