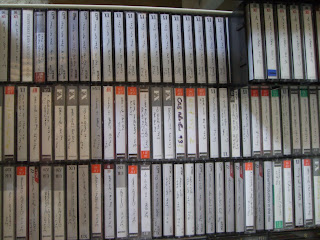 Back in the day Westwood’s Radio 1 Saturday show was VERY different to how it sounds now. In the mid-90s, it was home to some of the coolest, most slamming hip hop and street soul known to man.

For me, 1995 was a true golden year of the treasured era. For anyone else who recalls it with fondness – or for anyone curious to know how it used to go down – here’s a bunch of early Westwood Radio 1 gems to download and reminisce to.

First off, a classic show from Feb ’95, packed with the flava:

Here’s the Radio 1 Rap Show’s year-end review of 1995. Three hours of the very hottest joints from that incredible year:

Here’s the original airing of that much-repeated show when Biggie, Puff Daddy, Craig Mack and the rest of the Bad Boy clique took over the show:

Westwood’s appearances at Carnival were legendary. Here’s a couple of recordings from that big rig under the Westway. You can just smell the smoke from those open grills. The ’95 session’s guests included The Lost Boyz. In ’96, it was Jeru Tha Damaja: