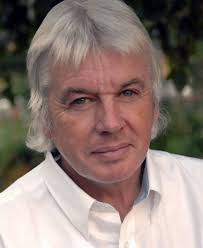 Good Vibrations returns to talk anew with David Icke, the guest that first kicked off the series. In the past year, much of what he has talked and written about for so long has been validated in the eyes of many, not least given his revelations about Jimmy Savile, and his connections to the deeply rooted paedophilia that was rife in Margaret Thatcher’s Conservative government, and still infests all areas of The Establishment.
David starts off by assessing humanity’s current position in terms of the conscious awakening playing out against the control system’s desperate attempts to put the last pieces of its long-planned programme into place. He goes on to assess his recent mainstream media appearances, and talks about the engineered financial crisis in Cyprus and how it has implications for all other countries. He finishes with a mention of his upcoming new book, and a new show scheduled for Wembley Arena in 2014.
Big respect to the producer Long Lastin’, whose track ‘Me Me Me!’ kicks off the podcast!