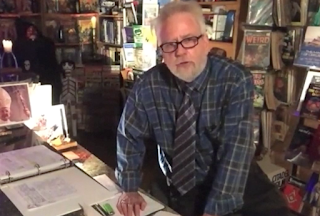 Occult and esoteric expert Richard Balducci joins the show to present some mindblowing revelations regarding what he states was the occult sacrifice of the original Paul McCartney on 11th September 1966, and his replacement to this day by the individual known as William Wallace Shepherd, or ‘Billy Shears.’

Along the way, Richard gets into so much of the symbolism, numerology and astrology surrounding this event, and reveals who he considers to have committed the murder and the reasons for it in a conversation that also links in with Tavistock and British military “intelligence”, Ian Fleming and James Bond, Thomas E. Uharriet’s’ Memoirs’ books, Aleister Crowley, the Church of Satan and so much more.

This is not a happy show and comes with the disclaimer that much of the content (presented in video form for maximum clarity) is grisly and disturbing. If what Richard claims is true, however, comprehending how and why it occurred is vital to ensuring the satanic, insidious control system behind it is finally brought to its deserving end.