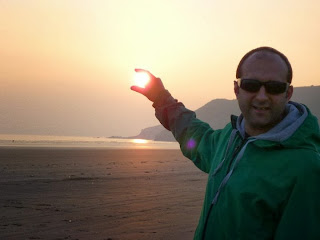 Returning for his second Good Vibrations appearance, author, researcher and graffiti artist Marcello Assini talks about his newly-published debut book ‘Blue Green And 12: The Alien Presence On Planet Earth.’
The book postulates the influence of an extra terrestrial/ inter dimensional force in genetically manipulating humans in aeons past, with the suggestion that this event rapidly altered the development of human civilisation, that it had a bearing on our very genetic structure, and that these forces still exert a mental, spiritual and physical hold over us today.
Unlike other authors in this field, Cello addresses the relationship between humans and animals, and the dark influences that have led humanity to consider it just fine to mistreat and slaughter other living things in the name of sport, food or ‘control’. He suggests a radical change in outlook is required if humanity is ever to get close to escaping the malevolent forces that puppeteer it.
Cello explains how the book was inspired by the synchronicities that have come to him throughout his life, and the strong influence of growing up in Wiltshire, in the shadow of the mystical Ridgeway. He talks about the influence of Wiltshire’s other magical sites all built on powerful earth vortex points, including Stonehenge, Avebury, West Kennett Long Barrow and Silbury Hill, and their probable true nature.