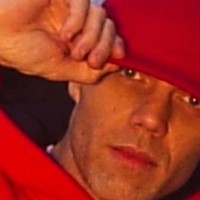 The newest instalment in the Good Vibrations podcast series is imminent, going into some very different areas of the music industry’s occult practices and control over its artists … hold tight! In the meantime, here’s another chance to catch the previous volume:

Long Lastin’ is a London-born veteran hip-hop and reggae producer, who also spent time working in Bristol. Always an alternative thinker, several years ago his spiritual side kicked in, and more recently, his raised consciousness allowed him to see through the deceptive veil of the mainstream music industry.
In this instalment, he talks to Mark Devlin for over an hour of his experiences, observations and outlooks on the industry’s manipulative techniques. He also touches on wider aspects of its occult agenda, and how it feeds into other aspects of life and reality. More no-holds-barred conversation for grown-up people who aren’t afraid to think for themselves!