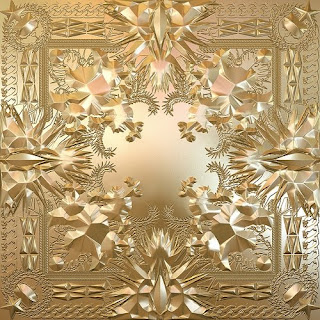 My review of ‘Watch The Throne’ as featured on http:www.blacksheepmag.com

The greater the hype, the bigger the disappointment when a project fails to deliver. Ladies and gentlemen, I give you ‘Watch The Throne’.

There can be few better barometers of where hip-hop is at than a collaboration between arguably the two most important names on the mainstream scene. If ‘Watch The Throne’ is indicative of where it’s all going, we might as well all become country and western or heavy rock fans now, and lay a wreath for our once great and lovingly cherished art form.

Sub-par lyrics can be overlooked provided they’re delivered over some captivating and sonically epic production, so your subconscious has something else to focus on and get the head nodding. This is ‘Watch The Throne’s great downfall. The factory conveyor belt-style electronic beats are lacking in soul and substance, and are a far cry from the ingenious sample-based cuts of the 90s, or even the inventive Just Blaze and Kanye dramatic beats of Roc A Fella’s glory years in the early to mid-00s.

When you add to that Kanye’s naggingly annoying vocals, you’re really not left with much. From appearing as hip-hop’s great hope with ‘The College Dropout’ in ’03, the dude has gone on to become a clear corporate stooge, and the once-meaningful lyrics have given way to stupefyingly boring generic droning about nothing in particular, delivered in an exaggerated drawl that’s now as annoying as listening to a dentist’s drill. I came away from the album remembering nothing that Kanye had rattled on about other than something about pyjamas.

To be fair, Jay does demonstrate that he still has verbal dexterity all these years on, his verses flowing far more lucidly, and with some characteristic wordplay. But again, you don’t exit ‘Watch The Throne’ with a memory of any uplifting, empowering or thought-provoking message.

Thankfully, the set does have a couple of redeeming features in its two reflective/ soul-searching tracks. ‘New Day’ has J and K delivering an ode to their imaginary sons, urging them to draw wisdom from the mistakes of their pops’, while ‘Made In America’ has spiritual overtones – even if the much-repeated gospel-style sample about ‘sweet baby Jesus’ sits uncomfortably with Kanye’s insistence on continually using the N and F words. (Elsewhere on ‘Otis’, of course’, ‘Ye proclaims ‘I made ‘Jesus Walks’ so I’m never going to hell’, so he seemingly sees no contradiction here.)

‘Otis’ itself remains the only other strong feature. Sadly, its usage of huge chunks of Otis Redding didn’t signal the return to sample-based beats on the album that many had hoped for.

In all then, if the ‘Throne’ part is treated as the common euphemism for ‘toilet’, then it serves as an appropriate title, for that’s where this – along with its anally pretentious ‘high end’ artwork – best belongs.