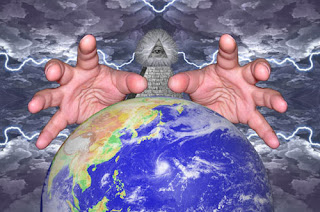 As the race continues between the imposition of a global fascist state and the rapid awakening of human consciousness as to what’s really going on, the time has come for Volume Two of this specially themed version of Mark Devlin’s Just Buggin hip-hop podcast.

Here’s another carefully vetted selection of cuts old and new, by awakened artists who have been bold enough to put their thoughts on track. These address various aspects of the ‘elites’ push to enslave humanity in a New World Order, along with a couple of trips into more esoteric realms – because the two are fundamentally linked in the Bigger Picture.

This is music for mature, responsible grown-ups who aren’t afraid to think for themselves. Absorb and enjoy.

PUBLIC ENEMY. SON OF A BUSH

CANIBUS. THE LULLABY OF CHAMPIONS

B DOLAN. THE REPTILIAN AGENDA

LAURYN HILL: I GET OUT