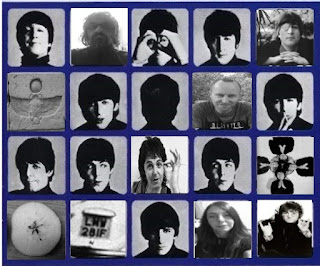 An audio copy can be downloaded from here:
https://www.spreaker.com/user/markdevlin/magical-mystery-talk-episode-8

Alternative Beatles researchers Matt Sergiou and Desiree Hall join host Mark Devlin for another chat exploring occult and conspiratorial aspects of the most fascinating pop group of them all.

Up for discussion this time around:

The 60th anniversary of both the first Beatles single and the first James Bond film and the crossover between these two British institutions; Beatles affiliates still being used to further social engineering agendas several decades on; the new deluxe release of ‘Revolver’ and how this album signalled the significant turning point in the Beatles’ sound; the group’s place within London’s counter-culture and “avant-garde” art scene of the 1960s; Stella McCartney helping to push climate change and her Establishment connections; Julian Lennon and Paul McCartney waving the flag for Ukraine; Who is Chris Holmes? A study of McCartney’s enigmatic tour DJ and his unsettling affiliations.

Desiree and Matt’s blog sites can be found on the following links: