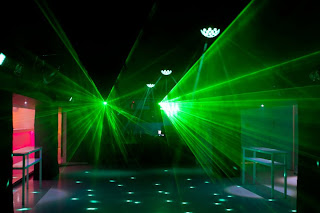 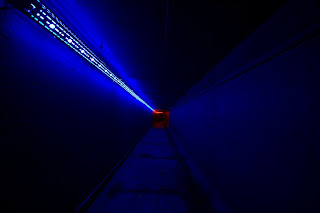 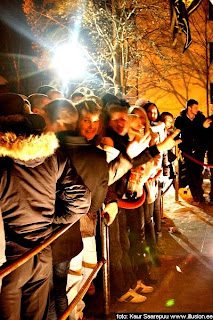 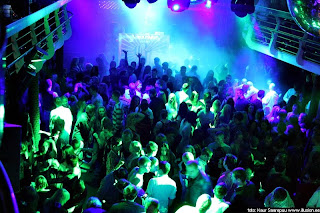 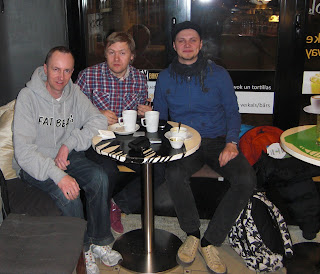 April’s instalment actually begins on Thursday 31st March, as I set off for a three-night DJing tour of the Baltic states. I’m not entirely sure who 6am flights are meant to be convenient for, as it’s certainly not the passengers. Ryanair, I guess, as they can secure cheaper airport slots. I sneaked out of the house at 3am, being careful not to wake the Devlin females, and bombed through the night to Stansted. First port of call was actually Skavsta in Sweden. By a quirk of Ryanair’s promotional fares, it was actually far cheaper to route to Latvia this way than by going direct. I landed into Riga at 2pm, where I was met by Latvian mash-up kingpin DJ Aiva, and a long hotel nap beckoned.

After dinner with Aiva and Rudd, the other DJ on the bill, we headed to Pulkvedis, a venue I’d played twice before. Pulkvedis apparently means Colonel in Latvian, so I imagine there’s been quite a lot of talk of Pulkvedis Gaddafi in the news recently. The venue had filled out nicely by 1am, and my two-hour set was highly enjoyable. I enjoyed a couple of post-DJing beers more than I should have done, as waking to catch my coach for Estonia at 7 proved quite a hardship.

The countryside was still engulfed in snow throughout the four-hour journey North to Tartu, Estonia’s second city – although it was considerably milder than on my previous Arctic visit in February. By the evening, Estonia’s leading hip-hop DJ Quest and two DJ friends had arrived in from the capital, Tallinn, and we all headed for some colossal-sized food portions at Dolce Vita Italian restaurant.

Like Oxford, Tartu is a big university town, with the nightlife highly reliant on the student population. They were out in full force for the gig at Club Illusion, a former movie theatre that the developers have done a great job of converting into a cutting-edge club. Myself and Quest juggled the set, spinning from up on a stage. Requests ranged from Rihanna, (no! really??) to Mobb Deep.

Quest had a 6.30am train to Tallinn, while my coach back to Riga left at the same time. While he opted for an after-hours hang-out, I was more attracted to squeezing in just less than two hours sleep at the hotel before trudging wearily to the coach station. On the cards was a four-hour haul to Riga, followed by another brutal four to Vilnius, over the border in Lithuania. Friday’s coach had on-board wi-fi, which brightened up the journey considerably. No such luxury on Saturday’s, so reading and daydreaming out of the window it was.

Lithuanian top dog DJ Mamania met me at Vilnius station. After another afternoon of hotel sleep, we took in an Asian fusion food spot, before heading to G Stars club. This is one of the most distinctive venues I’ve played, a former nuclear shelter/ bunker, accessed by a claustrophobic low-ceilinged tunnel. Here’s a Youtube video I shot of it when it was known as Club Gravity last year:

It’s now undergone a refurb, including a relocation of the DJ booth, and is stunningly state-of-the-art. Another top-notch night.

My sleep deprivation and coach hauls weren’t quite over. Direct flights to London from Vilnius got dropped last year when the airport’s operational charges made it too expensive. The only direct route to Stansted is with Ryanair from Kaunas, Lithuania’s second city. I took a morning coach there, and finally headed home. The departures board provided some entertainment as Lithuania has its own variations on UK airport names, so London Gatwick becomes Londonas Getvikas, Birmingham is Birmengemas, and Liverpool is Liverpulis.