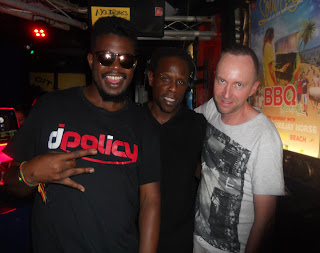 Soul City in Ibiza is my longest-standing gig, having DJed there every year since 2003. I continue to make the pilgrimage as, given the high demands of the frantic and fast-moving dancefloor, it’s one that keeps you on your toes as a DJ and forces you to pull all your best tricks out of the box. It’s also a great deal of fun, even after all these years.
I was able to get a crack-of-dawn flight out of Birmingham Airport on this occasion, just as easy as any of the London ones for me to get to. After bussing it to San Antonio, I headed to my accommodation to rest up. This time round it was an apartment in the midst of a rowdy Club 18-30 resort at the back end of San An. This could have spelled disaster as the bedroom was right next to the pool area where tranquility was not the name of the game. Some hasty re-arranging of the furniture later and I’d pulled one of the beds into the kitchen/ diner area away from the drama, and directly underneath the air conditioner. This plus the wearing of earplugs just about facilitated the chance of sleep. 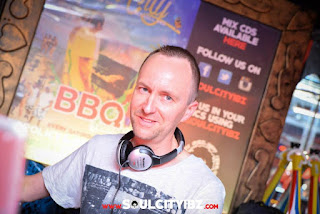 I arrived at Soul City a little after midnight, reuniting with resident DJs Policy and Horse, and giving my first chance to check out the new decor since the venue underwent a bit of a refurb over the winter. Taking my place on the decks, I put my full energy into my set, flitting furiously through styles. I posted my impressions of the gig in a Black Sheep Mag review which is right here:
http://www.blacksheepmag.com/reviews/live-reviews/item/4512-soul-city-ibiza 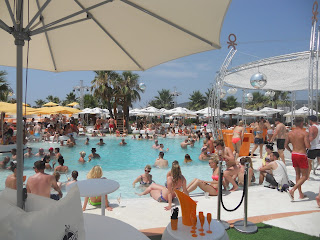 The following afternoon I linked with Soul City boss Julian for a bite to eat, then went round to Ocean Beach Club, an open-air daytime venue which has created a big buzz on the clubbing scene since it opened a couple of years ago. Jason Bye was playing house music as punters reclined on loungers, ate lunch or mucked about in the pool. The surroundings are certainly impressive, but at close to 40 degrees, the daytime sun was so hot that I couldn’t handle it for long and headed for a cooling dip in the sea. I returned for a second dose of Soul City that night, before flying back on Thursday lunchtime.

My review of Ocean Beach Club is here:
http://www.blacksheepmag.com/reviews/live-reviews/item/4522-ocean-beach-club-ibiza

This month, myself and my promoting partner Dani Rastelli announced the Truth & Freedom Alldayer, the event we’re putting on together on Saturday 24th October. It’s to be an array of speakers and live music and poetry, with the emphasis on presenting solutions for the big problems we all know humanity is facing in these times. We took the decision that we wouldn’t focus on the various ways in which we’re being enslaved and exploited at the hands of the global elite, but instead, give people inspiration as to things they can do to assert their own power and stay outside of the control grid. I met Dani for a look at the venue, the historic and impressive Bingham Hall in Cirencester, on Sunday 12th. It stands to be a wonderful gathering, but, to deal with the tedious bit, we’re only going to be able to meet the associated costs if enough people buy their tickets in advance. All speakers and acts are giving their time for free, but there’s still their travel expenses and the venue hire costs to cover. There’s currently an early bird offer, with day tickets at only £10. For a programme that will last over ten hours, you can see what a great deal that is. If anyone is able to be a part of the day, therefore, please head to https://www.facebook.com/events/403201616537938/ and e-mail the address listed there in order to help us make it happen. Please don’t wait. If you know you’re coming, do it now!
Unfortunately, the pressure on my time of this event plus the continued writing of my book, means I have to put the Good Vibrations podcast series on hold for a few months. The last volumes were with Gordon Bowden talking about the UK Grand Jury system, researcher Ole Dammegard taking about the Operation 40 political hit squad, and Frank Rasmussen, organiser of the Open Mind Conference, giving some new information on geo-engineering. You can catch those and the entire series so far on this link:
http://soundcloud.com/mark-devlin/sets/good-vibrations-podcast-series
I’ll miss the great conversations that GV always produces, but it will certainly return. In the meantime, my fortnightly conscious music podcast The Sound Of Freedom continues, showcasing music that articulates truth, freedom, conspiracy and spiritual subjects. The full archive of that series so far is here:
http://soundcloud.com/mark-devlin/sets/the-sound-of-freedom-the-full 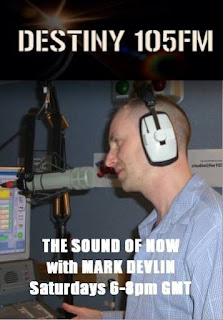 Also blazing on is my weekly “normal” radio show The Sound Of Now, (so similarly titled that even I get them confused!) I do this live on Destiny 105 in Oxford every Saturday evening, posting the audio downloads and full playlist on my site the following day.
Parveen and myself managed an extremely rare trip to the cinema this month to see Asif Kapadia’s documentary on Amy Winehouse. It was both tragic and highly revealing as to the vulnerable side of Amy. I, like so many others, had her down as simply a self-destructive wild spirit, not realising how humble and reluctant a “superstar” she actually was. A fair few aspects of her life story, and details surrounding her strange death, seemed to be missing. In all, though, it was an affecting experience.
I also managed to get along to London’s Institute of Contemporary Arts for a quick look at their exhibition on the 80s pirate radio scene in the capital. To be fair, a quick look is all that was needed, as the displays consisted only of an old mixing desk used in Kiss FM’s pirate years, and some vintage magazines, press cuttings and photos. 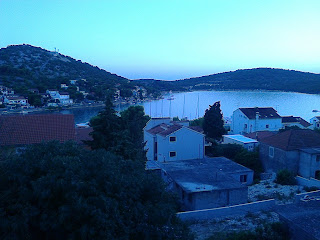 On Tuesday 28th, another overseas excursion beckoned, this one to the baking Adriatic coastline of Croatia to check out the Suncebeat Festival, held there for a week each Summer by the team behind the now-defunct Southport Weekender. While I can’t take too much heat, by this point the pathetic British “Summer” had become such a joke that the prospect of three days’ guaranteed sunshine certainly appealed. Flights aren’t cheap, even with the last-resort Ryanair, so an early morning red-eye to Dusseldorf Weeze and then a connection to Zadar was the only way of keeping things manageable. 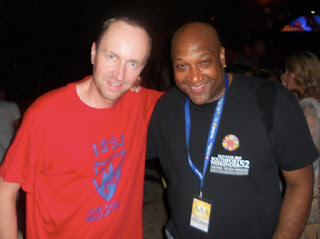 The festival takes place at The Garden Tisno complex, and I arrived in time for the last few hours on the open-air Beach Stage, where Souldynamic were rocking it, before Ronnie Herel finished off with a highly impressive soulful house set. Great vibes by moonlight in a stunning setting. The town of Tisno itself, where I stayed for the night, is stunningly beautiful, too. 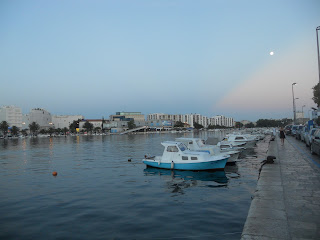 On Wednesday, I took the bus back to Zadar, where I reached that city’s The Garden venue for a raw vegan meal at their open-air restaurant. Before heading home on Thursday I also linked for a social with my old mate DJ Phat Phillie, Croatia’s most prolific hip-hop DJ, having now hosted his Blackout radio show for over 20 years.

MARK DEVLIN TO DJ AT VEGFEST, BRISTOL, MAY 2018