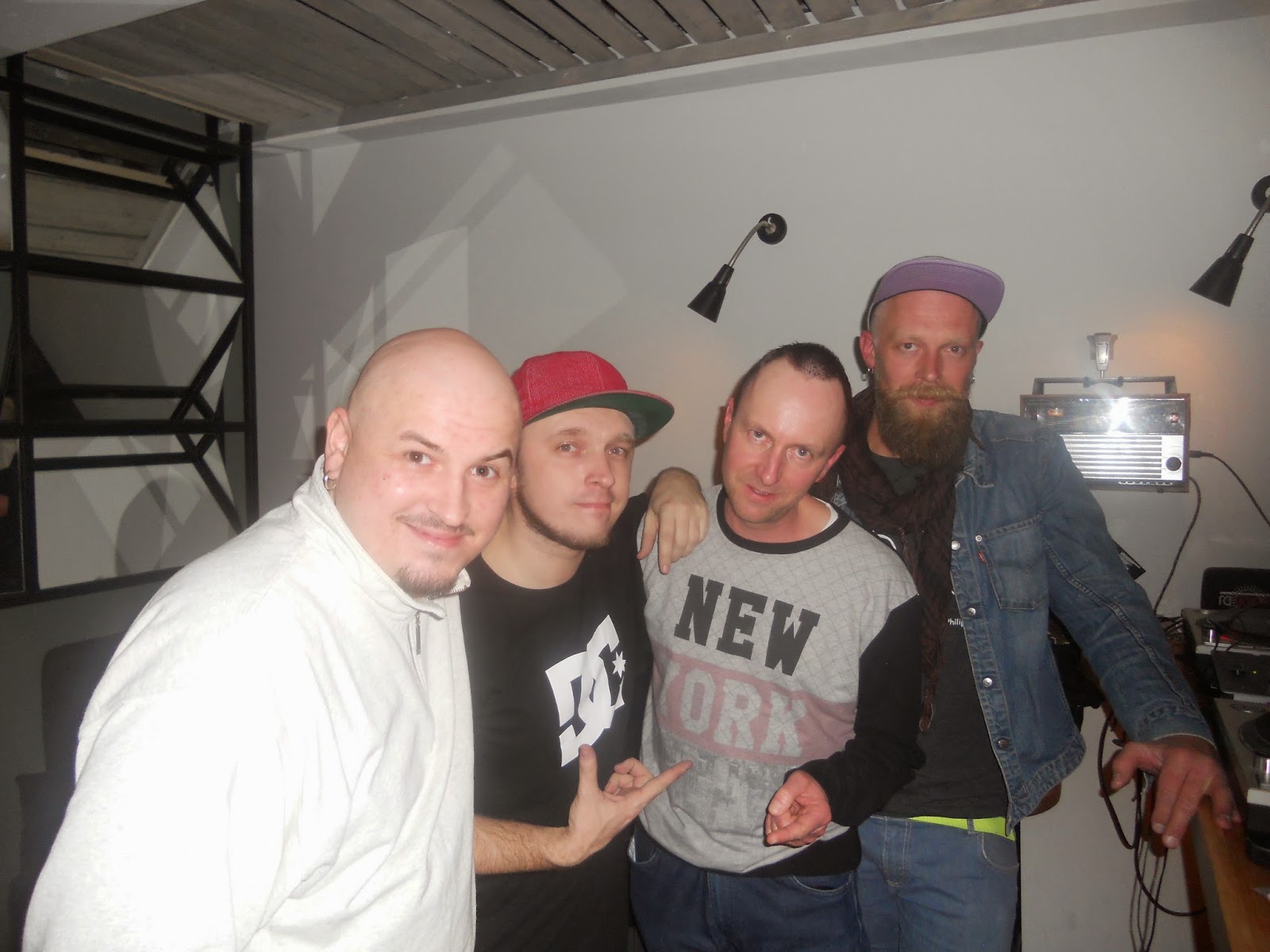 Saturday 8th March marked a visit to the Lithuanian capital of Vilnius, a place I’ve DJed a few times before. This excursion involved a Wizzair crack-of-dawn departure out of the New World Order concentration camp that is Luton Airport. A none-too-glamourous journey, but they got me there in one piece which is the important thing, I guess. In the evening I was met at my hotel by Lithuanian kingpin DJ Mantini who, a previous chat revealed, shares my birthday, only ten years apart. After a quick tour of the city’s streets, we ended up in V for Vilnius bar, location for the rest of the night. Shortly afterwards, a bearded DJ by the name of Thomas arrived to set up decks and a mixer at one end of the bar, and proceeded to play everything from Tom Jones to Galliano. I think ‘eclectic’ is the word. We were joined a short while later by DJ Mamania, with whom I’ve played on two previous occasions. 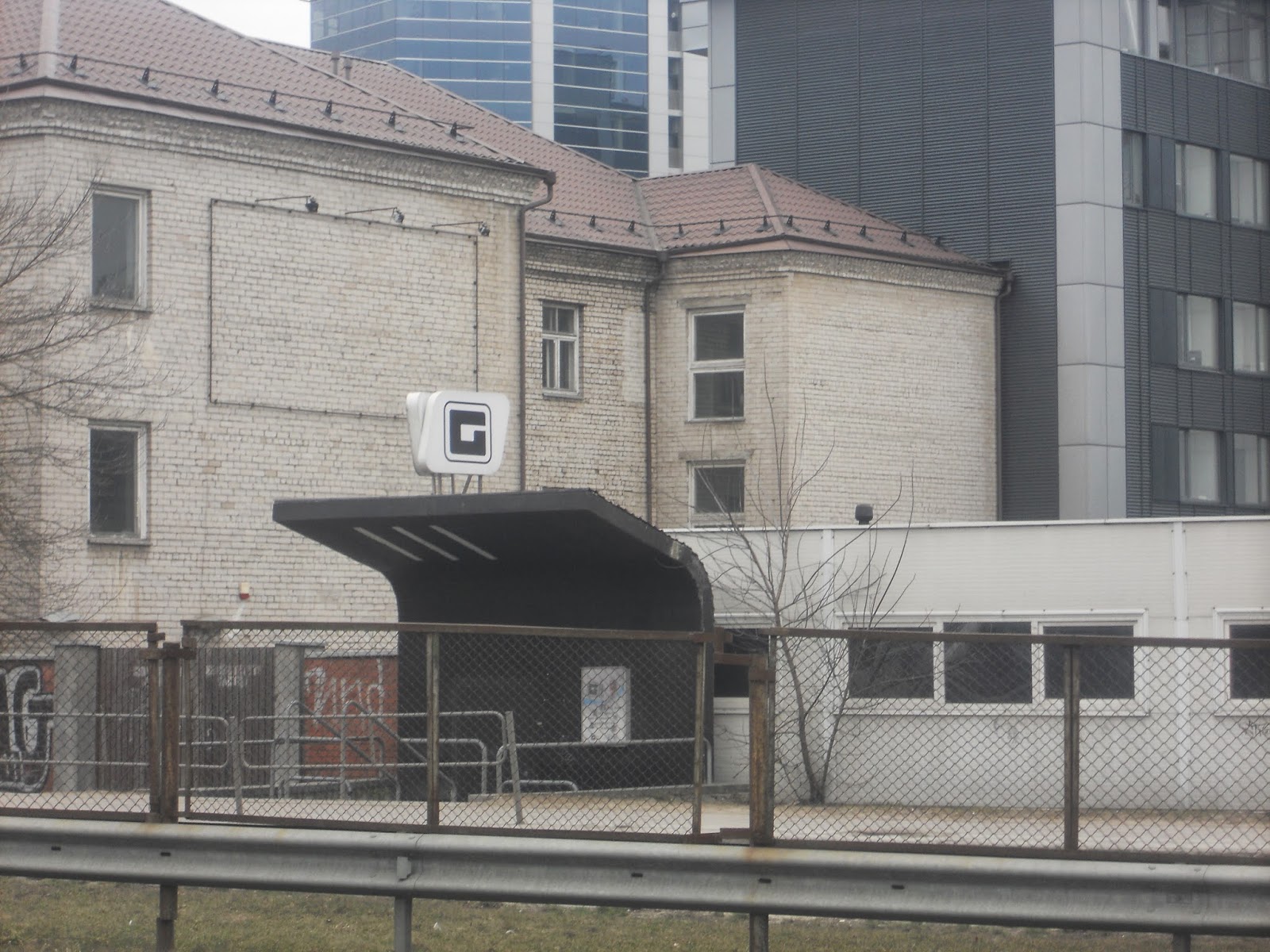 Back at my hotel, I realised it was the one Mamania had put me in three years earlier, and that it’s opposite the former Gravity and G Stars nightclub. This was situated in a Cold War-era underground bunker, and is one of the most fascinating locations I’ve played, although it’s sadly now out of business. Nothing stays the same for long in the difficult world of clubland! 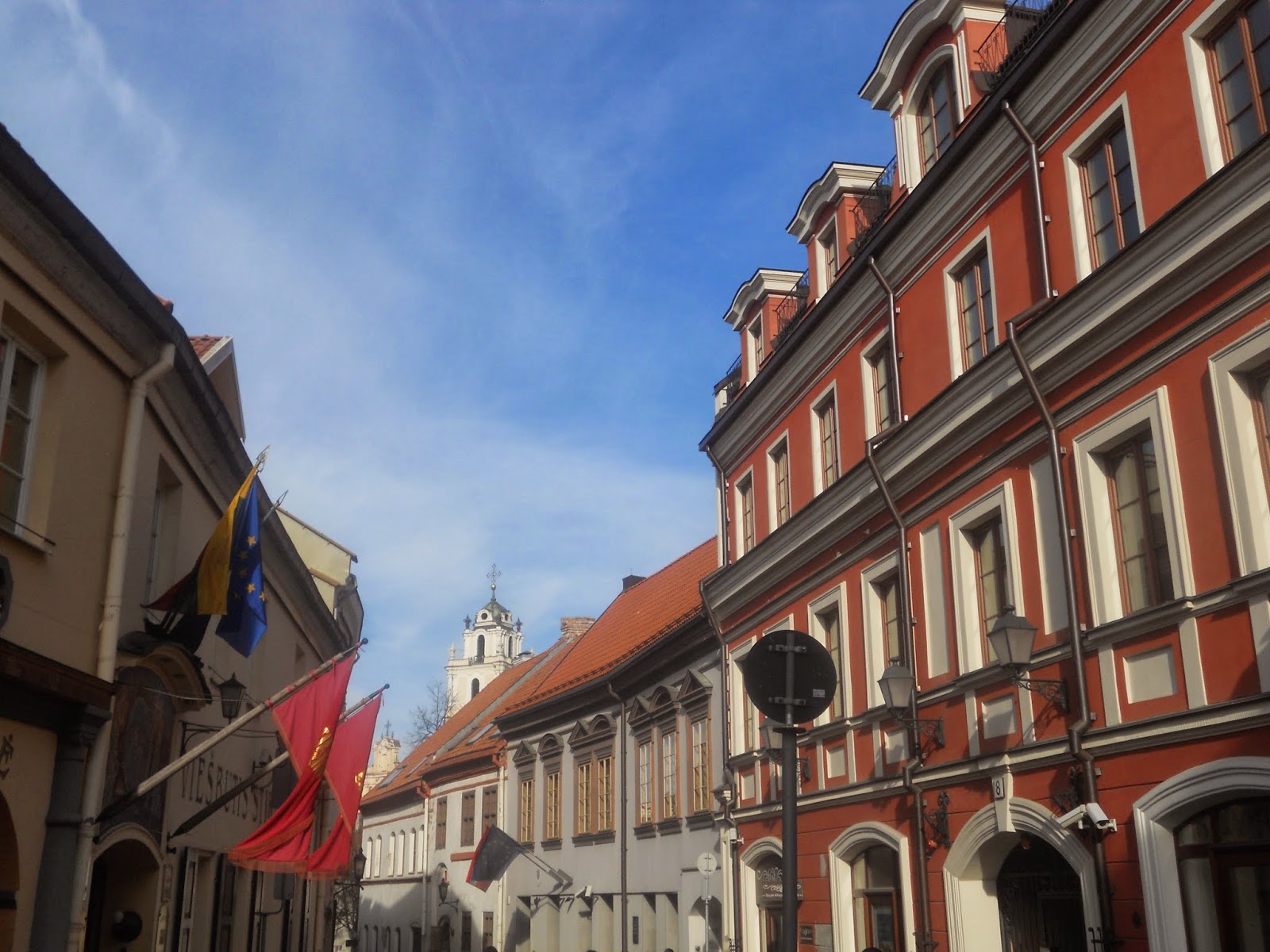 Sunday was a day of glorious warm sunshine, and I spent it exploring the back streets of Vilnius old town, taking in the history as well as a bite to eat at Raw Raw, a vegan raw food restaurant. I’ll be seeking out a few more of these on my travels. 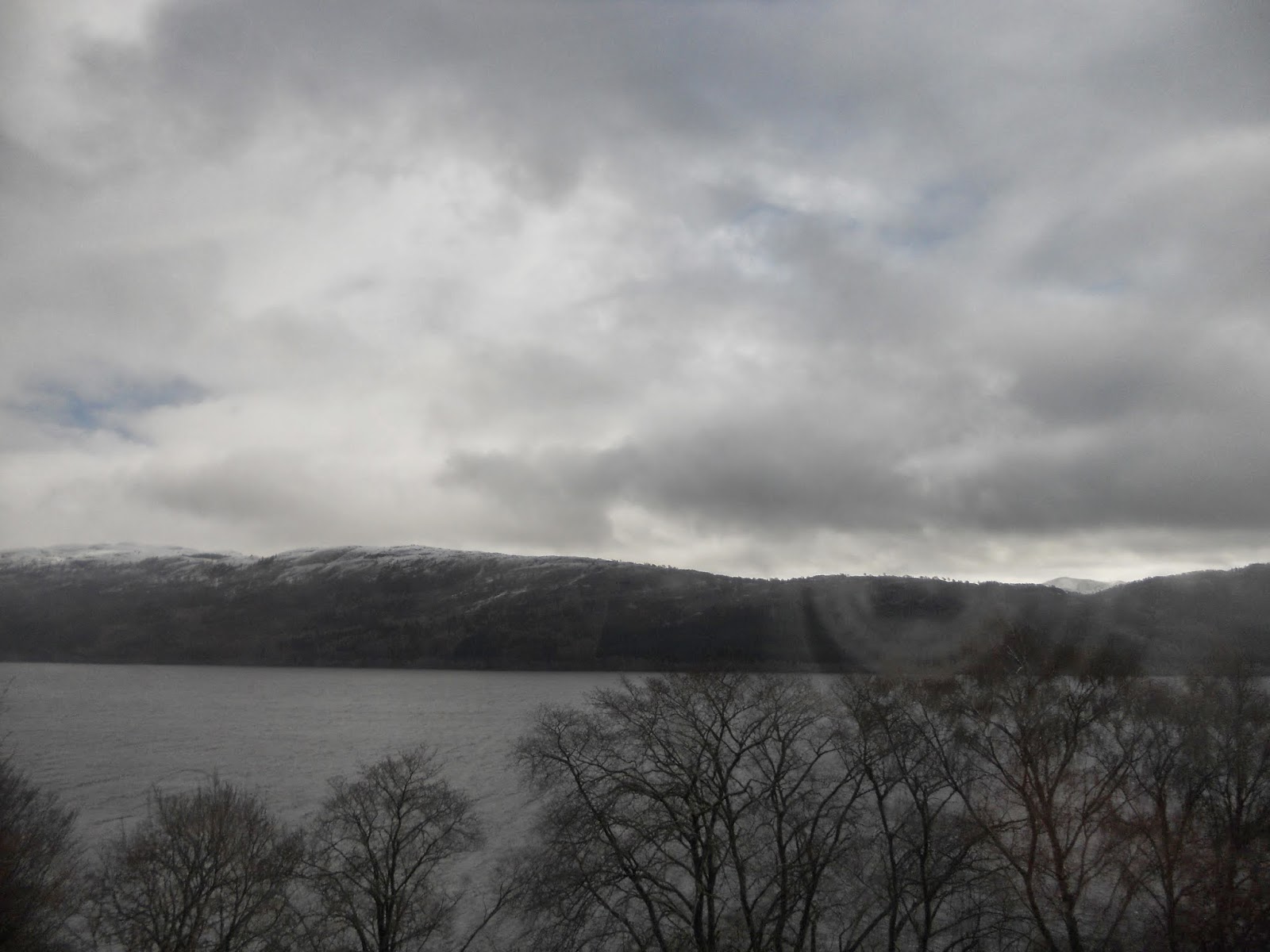 A quick jaunt was on the agenda again on Friday 21st, this time north of the border to Scotland. I must have visited the Highlands a good 8-10 times now, particularly the area around Loch Ness, and I feel such an affinity with the region that it’s got me wondering if I lived there in a previous life!  I certainly get a sense of calm and familiarity, so relish any opportunity to get back up there. All previous visits have been road trips. On this occasion I flew for the first time into tiny Inverness Airport, and from there, took a coach South to Fort William, the town built in the shadow of Ben Nevis, Scotland’s tallest mountain. The 100-minute drive on the A82 takes in the entirety of Loch Ness, making for great scenery. Sadly, I didn’t go far South enough to catch a glimpse of Glencoe, surely the most stunning and awesome part of all of the UK. I’d wondered if I’d get a chance to see the infamous Boleskine House, one-time residence of the famous Satanist Alesteir Crowley, and later Jimmy Page of Led Zeppelin, which I mention in my music industry talks. Unfortunately, the house is on the other side of the Loch, quite remote and poorly served by main roads, so not on this occasion, sadly.
Flying back to Gatwick on Saturday, I was due to DJ later that night again at Jak’s in Chelsea. It made no logistical sense to drive back to Oxfordshire, only to head straight back to London just an hour later, so I killed a few hours on the streets, firstly grabbing a meal in Uxbridge, then wandering the streets of Chelsea to kill time, settling down to work just as I’d started to feel like a vagrant.
This month’s Good Vibrations podcast series continued with a volume addressing the fascinating subject of synchronicity and number coincidences with Canadian researcher Mark Grant. The Universe wasn’t with me on this one, the Skype call being cursed with appalling quality throughout. If you can overlook the resulting sound quality, however, Mark gets into some amazing information – particularly when he starts recounting how the number 44 has figured synchronistically in his life. In my family it’s always 29. We get into all of this, and what it might possibly mean:
The follow-up was a fascinating chat with US researcher and scholar Jay Weidner, all about the hidden (and not so hidden) symbolism in the movies of Stanley Kubrick, and going on to discuss the dark influences of Saturn on human history. A real mindbender, this one!

I’ve now got into a routine on Saturday evenings involving being on the radio twice. First off is my re-born Sound Of Now show on Destiny 105FM in Oxford from 6 to 8pm. This is a showcase of new music from various genres that I’m personally feeling, ranging from soulful house and garage to underground hip hop. Then from 7-9pm, it’s the turn of The Sound Of Freedom, the two-hour conscious music showcase on The People’s Voice. I featured artist interviews from MC Swayze, Ireland’s Terawrizt, and the totally awesome Alais Clay this month. All volumes so far are available to download from my Soundcloud page at:
http://www.soundcloud.com/mark-devlin 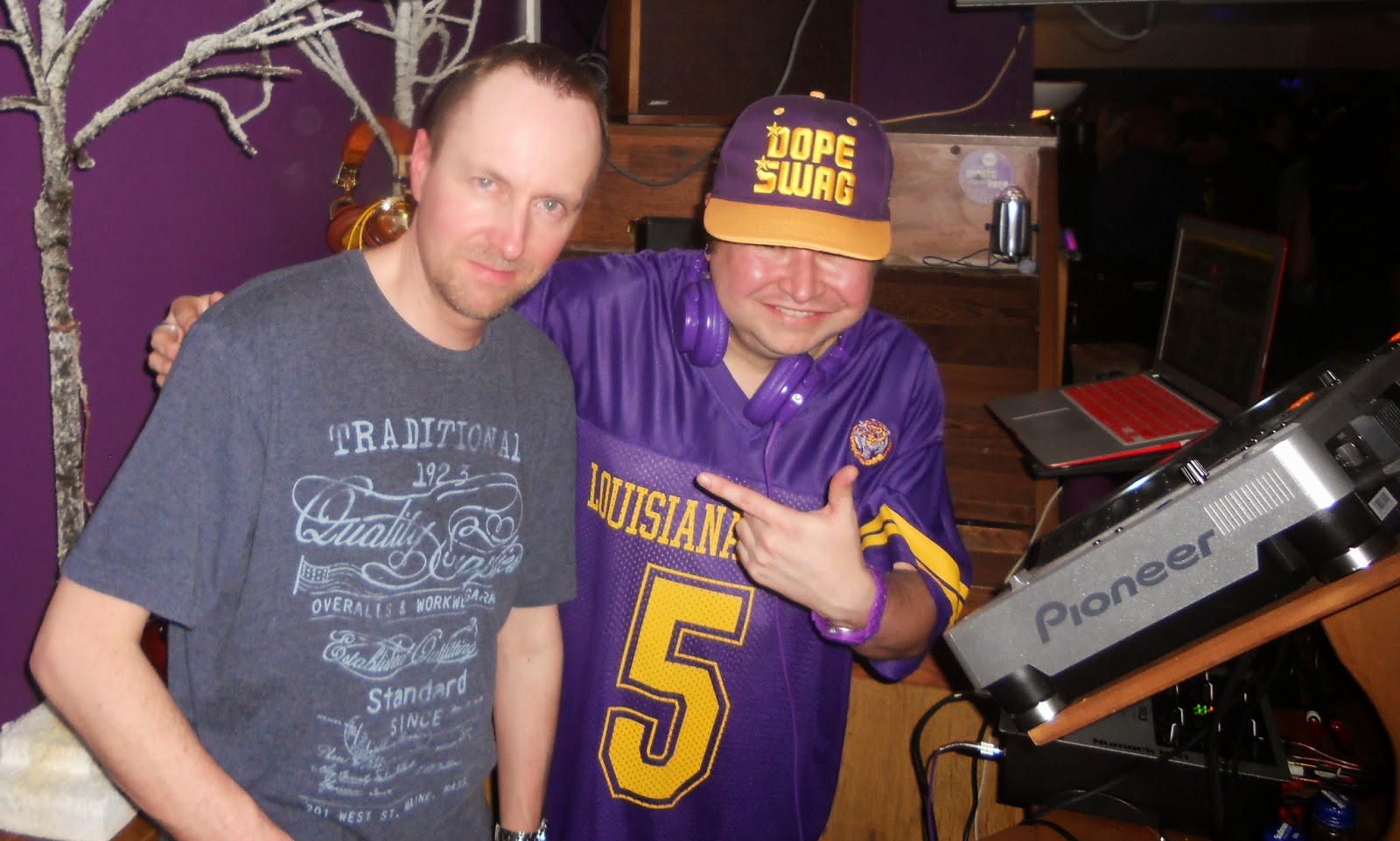 The month ended with a rare excursion east to Ipswich on Saturday 29th. I’d only ever played there before at a charity event in 2001 where I first met DJ Karl Cross, a bit of a legendary figure in East Anglia. The gig was a throwback session called Re-Wined (see what they did there?) at a venue known simply as The Wine Bar. It was a fun session where I got to play everything from Aaliyah to Mobb Deep. Ipswich is a long way though, making for a punishing drive home, not helped by the brilliant decision to close the M25, forcing me on to the North Circular all the way around London. The clocks changing also brought about a lost hour of sleep, which I can scarcely do without!
… and that was March.

WE GET WHAT WE DESERVE