No overseas excursions during the month of May, but there was plenty non-run-of-the-mill UK stuff to keep things interesting.
The first weekend of the month was Bank Holiday time, which saw me heading to London on the Sunday to play an extra date at Grand Union in Wandsworth. At six hours long, the set time was a real bonecrusher. Clearly the punters were very much the worse for wear by the end, barely managing to stagger from the bar to the toilets. If the sweating walls and lake in the toilets were anything to go by, it was, shall we say, full on!
The following evening, Bank Holiday Monday, saw me back on the radio for the very first Fish Out Of Water show. It’s an idea I’d had for a while, and it’s been great to see it come to fruition. The concept is to invite three of OX105FM’s specialist DJs, (there’s a good 25-30 to choose from,) to pick five tracks that mean a lot to them. There’s a catch, though – they can’t be anything like what anyone might expect them to be into as there’s no fun in a D&B DJ picking five D&B tracks. Instead the guests are asked to select tunes outside of their musical comfort zone. DJ Sarumawashi, Al Cappucino and MJ were my first guests, and collectively chose a proper mixed bag of oddities, and naturally I chose a few of my own too. You can listen back to the results here:
Part 1
Part 2 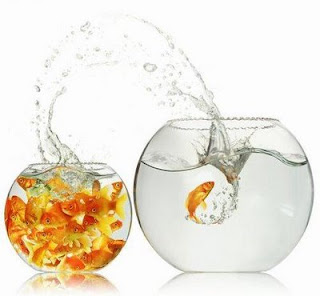 The left-field experimental nature of the show happily paid off, as I’ve been given the green light to do another on on the Jubilee Holiday Tuesday, 5th June.
Saturday 12th was my birthday, and not only did some sunny Spring weather kick in after weeks of rain, but it also marked this year’s Southport Weekender, now relocated from its traditional Northern home to Butlins in Minehead. As with last year, it made for a hectic schedule, as I was only able to visit for the Saturday, and even then had to dive out to do my monthly gig in Bath in the midst of it. I got into town mid-afternoon, collected my press pass, and went in to see who was around. Southport’s like Notting Hill Carnival; you arrange with so many folk that you’ll meet them there, but in practice, it’s virtually impossible to locate them. I managed to bump into Oxford DJ Tony Nanton, Bournemouth’s Bob Baker and Swindon’s Vince M and Dale, but the planned link-up with DJ David Craig, who’d flown in specially from his new home of Dubai for his Southport set, eluded us throughout.
The headline act was Jill Scott, and I managed to catch her top-quality set, despite her being 40 minutes late. After dashing off to Bath and putting in my work, I was back on-site by 3.30am to mop up the remainder of Saturday night. The four rooms included DJ Jazzy Jeff with hype man MC Skillz tearing up the Funkbase, US house dons Tony Humphries, Joe Clausell, Danny Krivit and Kerri Chandler doing their thing, and Northern electro funk legend Greg Wilson finishing off the Connoisseurs from 6 to 8am with a set-up that included a vintage quarter-inch reel-to-reel tape player. A few trainspotters in the crowd seemed to think that Greg was miming the actions to a pre-recorded CD, and that, once sussed, he hurriedly started mixing for real. After a pitiful four hours sleep back at my guest house, I headed back through the winding West Country lanes on Sunday afternoon.
My full report on all the Southport shenanigans for Black Sheep Magazine is right here. It’s definitely still the musical highlight of the year for any fan of soulful black music.
A long-awaited return to Cardiff was on Saturday 19th. It’s a place that will always hold special memories due to the two years when I was one of the weekly residents at the legendary Forum, with no exaggeration, one of the most significant spots in UK clubland to embrace the massive popularity of R&B and hip hop in the late 90s. Things have changed a lot since then, but one venue that retains its musical integrity is 411 Club, (formerly Libertys and Po Na Na), now run by veteran DJ Mo Moniz and his crew. 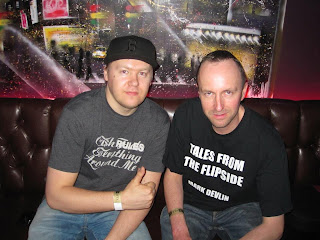 With me for the gig was my good buddy from Latvia, DJ Aiva. The plan was for him to pass through my radio show earlier on too, for a guest mix. in the end, Aiva ended up missing his flight, and a swift Plan B was put into place. He ended up having to buy a new ticket at hideous cost, routing via Frankfurt, landing into Gatwick rather than Luton, then taking a coach to Oxford, from where I whisked us up the M4 to Wales. The gig was great fun, but despite having been billed as an old school hip-hop jam, it was clear that the crowd were hungry for dancehall/bashment big-time, and our sets consisted almost entirely of the stuff. We eventually got back to my place in full daylight at 6am. Five hours later, we were heading to Luton Airport to deliver Aiva for his flight home.
The Sound Of Now continues every Saturday from 6 to 8pm UK time on http://www.ox105fm.com, and I greatly enjoy the opportunity to drop tunes from across the genres every week. The show’s ethos is to avoid obvious artists and big tunes that all the other stations play, and instead deliver lesser-known, but top-quality nuggets both old and new. I post the playlists and Listen Again download links to each week’s show on the following Soundcloud page:
http://soundcloud.com/djmarkdevlin

My final gig of the month was on the South Coast on Saturday 26th. Despite visiting Southampton and Bournemouth many times, I’d never before played in Portsmouth. Tonight saw me guesting alongside J Fresh for his regular spot at Club 8. It was a rare luxury to play an hour’s guest slot, and I did my best to throw everything and the kitchen sink into my 60 minutes. The venue is notable for its flooring; clearly once upon a time it used to be carpet, but it’s long since turned into a pasty treacle-like mush that almost glues you to the spot. And the famous ‘worst toilet’ scene from ‘Trainspotting’ was evidently filmed in its bogs. Music-wise, though, it was a top quality one, with the urban sounds finding favour with the crowds throughout. Before heading home, I drove through Southsea, and the memories came flooding back of when my grandfolks used to live down there decades ago and I visited multiple times as a kid. Naturally it all looks completely different now.
… and that was May.

REFLECTIONS ON OUR CURRENT SHARED PREDICAMENT