Although I’ve visited Liverpool on many occasions to play gigs, on Sunday 11th November, (11/11,) I had a different reason for heading to one of Britain’s most celebrated cities. I was due as a guest on the Planet X show, which airs weekly on Radio City Talk. The programme, hosted by Neal Atkinson, deals with all manner of spiritual, supernatural and conspiracy-related subject matter – in short, everything that’s usually suppressed or simply ignored by the mainstream media, making it all the more commendable that Neal and his team have managed to get such content on to a well-known outlet.
The subject matter I’d been invited to chat about was the usual for me these days – the systematic manipulations of the mainstream music industry, and all the subsidiary areas it involves, from occult symbolism in videos, to the MK Ultra mind control of certain artists. It was a great session, and lots of valid points got discussed. You can listen back to the audio of it here
After the show I went for a quick jar with programme researcher Dan Monroe where we discussed just how quickly and radically peoples’ perceptions of life and reality are now changing, before heading on the long drive home. 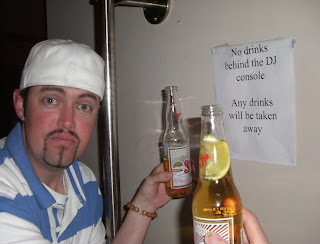 On Friday 16th, the time came to say goodbye to Swindon DJ Stu Campbell, who sadly passed away on 30th October aged only 38 after years of on-and-off illness. The church and crematorium were packed to the rafters, a testament to just what a popular and well-liked guy Stu was, not to mention a DJ and B-boy with impeccable musical taste. The eulogies from his brother, and from fellow DJ Cybernetic resonated wonderfully, marking the first time I’ve heard the likes of Black Moon, Pete Rock & CL Smooth and EPMD namechecked at a funeral. R.I.P Stu, mate. You’re out of this nasty place now, and the Great Beyond has acquired itself one hell of a soul brother! 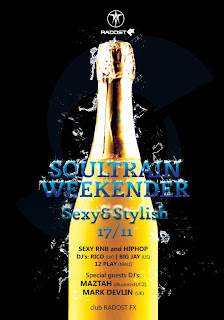 Most of my November gigs were run-of-the-mill affairs at the regular spots, but the real standout was a return visit to Czech Republic on Saturday 17th. On this occasion, much as I detest them, Ryanair’s ridiculously cheap flight to Brno was too incentivising to turn down. From there, I took a bus on the two-and-a-half hour journey across to Prague, probably the most fascinating city in Europe. This was for the birthday session of Soul Train at Radost FX, which DJ/ MC/ promoter Rico C has been running every Saturday night since 1998, and which surely represents some sort of global record. The DJ line-up read more like a kind of soul weekender, with myself and three other guests, from Australia, Sweden and Slovakia, joining residents Big J, 12 Play and Rico. As a result each DJ got an hour’s slot, ensuring that we all pulled out our best tricks to rock the crowd in the time available. 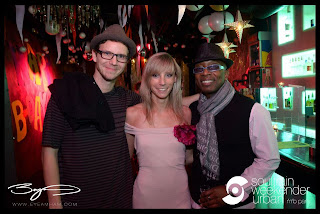 I had a real treat when it came to my hotel. The venue had put me in the five-star Augustine, which is situated in a former monastery, with many of the monks’ quarters now turned into suites. Some still live on-site, from where they brew Prague’s famous St. Thomas’ dark beer. All kinds of luxuries are on offer, including having a bath run for you with various oils for around 30 quid a shot. Sunday breakfast running to 2pm was an absolute master stroke, and I had a top quality feed before heading back to Brno and onward home. 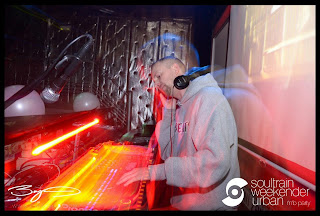 My Good Vibrations podcast series continues on my Soundcloud page, the latest volume featuring a conversation with the hip hop/ reggae producer Long Lastin’. We get into all kinds of subjects relating to the occult/ satanic infiltration of the music biz, and this instalment, like the Steve Wilks one before it, has been picking up feedback from all over the world, suggesting there’s a major public appetite for these subjects, and that now is the time to be exposing them. The next volume will be with a blogger/ researcher who takes it way back to the rock and pop music of the 60s and 70s to show just how long this stuff has been going on. Hold tight for that shortly. In the meantime, all other volumes, and the music-based Just Buggin’ Illuminati Specials, are all hosted here.