If there’d been any champagne in the house I’d probably have cracked it open during the first days of October, as it marked the completion of my upcoming book, ‘Musical Truth,’ weighing in at around the 180,000-word mark. To have written it is one thing. Now begins the long process of getting it proof-read, the cover designed, and getting it published. All this is now in hand though, and I’m aiming for its release early in the new year. All the information will be at www.musicaltruthbook when the time comes, plus, of course, right here on this site.
It’s been a volatile month for my regular ‘The Sound Of Now’ radio show on Destiny 105. Some station issues prevented its live broadcast for a couple of weeks, after which I was away for another couple. I put out a pre-recorded two-hour mix for the 31st October show, however, which you can listen to on the following links, and happily it’s now business as usual as the show continues to air live from 6-8pm UK time every Saturday. 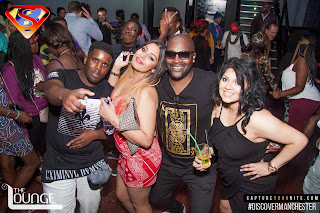 Saturday 10th marked my latest visit to Manchester to DJ at The Lounge. It’s a spot run by my old pal Eddie Down that I’ve played for a few years now, and the latest was preceded by the following preview article on Black Sheep Mag:
http://www.blacksheepmag.com/features/black-sheep-hotspots/item/4561-black-sheep-heads-to-the-lounge-manchester-saturday-10th-october
The night involved a two-hour turntable workout between sets from resident Casta Troy that kept me sharp – also a requirement for the long drive home that saw me finally stagger in at 6am. 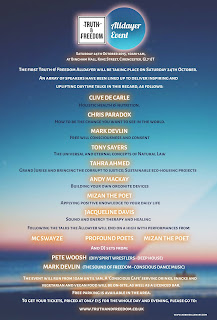 Saturday 24th October was a date that had been anticipated for several months, as it marked the inaugural Truth & Freedom Alldayer at Bingham Hall in Cirencester, on the edge of England’s Cotswolds. Main organiser Dani Rastelli had approached me back in May with the idea of an event bringing together information and entertainment rooted in empowering solutions, and we agreed that it was something worth throwing much time and energy into. Over the weeks, we lined up an array of speakers and live acts along these lines.
I travelled down the night before, lodging at Dani’s alongside Tony Sayers and Charlotte Thompson, and enjoying some good conversation before all the hard work began the following morning. I kicked off hosting duties at 10am, the programme occupying the following 12 hours. The videos are in the process of being uploaded, and you’ll be able to relive all the talks and performances at:
https://www.youtube.com/channel/UCnOdxq-7BFBw2qkVCldS4Rg
We also have a Facebook group where attendees and anyone else interested can keep in touch:
https://www.facebook.com/groups/1606252666329378/ Overall, despite the odd technical issue and the organisational challenges of an event of this scale, we felt it was highly worthwhile, and the positive feedback seems to reinforce that. It was especially good to see people vibing and networking with like-minded souls, and it’s clear that this event will not be left as a one-off. Hold tight for more news in due course!  At the end of the evening, I ventured out into the Cirencester night with Frankie Freedom, Bob Truther and Becky Bray on a quest for a relaxing drink or two, ending up in a pub that looked distinctly like The Slaughtered Lamb from ‘An American Werewolf In London’. 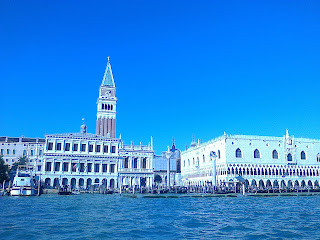 Two years ago, I took my eldest daughter on a wonderfully memorable visit to Venice. On Saturday 31st, it was her little sister’s turn for a two-night stay in Europe’s most fascinating city, and her first time on an aeroplane. If Venice doesn’t inspire awe at the turn of every corner, you’re just not paying attention. Great fun was had touring the Grand Canal and the warm weather allowed us to get in a visit to the beach at the Lido.
Finally, The Sound Of Freedom conscious music podcast continues each fortnight. As well as residing on my Soundcloud, Mixcloud and Podomatic pages, you can also subscribe for free via iTunes on the following link:
https://itunes.apple.com/gb/podcast/the-sound-of-freedom/id928849631
The entire archive so far, meanwhile, is accessible right here:
http://soundcloud.com/mark-devlin/sets/the-sound-of-freedom-the-full