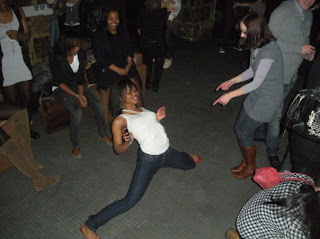 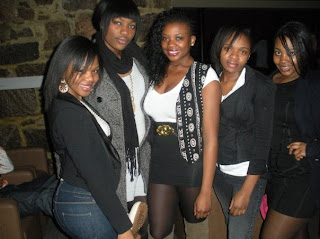 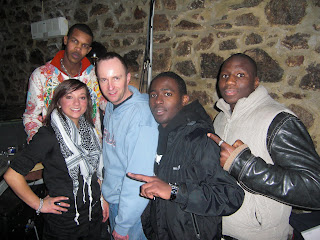 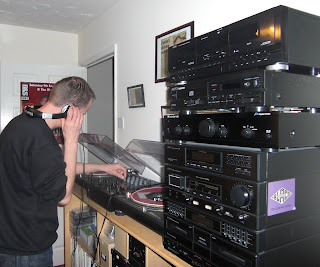 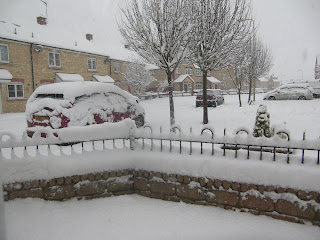 A DJ’s diary in any given January is never going to be the most comprehensive document … at least not in the case of humble dudes like me who can’t afford to jet to sunnier climes like the superstars do.

The most notable thing to report for the first half of the month was the weather. We awoke to find ourselves snowed in on Wednesday 7th as the South was hit by more snow in one overnight than I can ever remember. This resulted in me missing a radio show for the first time ever due to weather. It was impossible to make it as far as the car. Instead, the station re-ran one of my DJ Mixes specials from the previous month, and I only realised afterwards that it included Dr. Rubberfunk’s Christmas rarities mix, resulting in the bizarre situation of a bunch of Christmas songs going out on the radio in early January.

This was to have been my second retrospective on the big ‘Just Buggin’ tunes of ’09. By the time I got in the following week this idea had to be abandoned as there was far too much 2010 tuneage to be unleashed. I’ve been hugely impressed with the new underground hip hop I’ve heard this month, proving that, beneath all the surface dross, there is still classic material being made. You’ve just got to know where to look for it. (Respect to Andrew Kay for all the hot links.)

I managed to create new mix during the quiet spell. This marked the 20th anniversary of the dawning of 1990, in my view, a fascinating year for music that straddled the soul, funk, reggae, house and dance divides. The full track listing and the download link are here:

It felt both nostalgic and alien to be mixing off vinyl again to create it.

The last weekend of the month couldn’t come quick enough. Being the time when people have finally had a salary payment for the first time since Christmas, The Bridge in Oxford was predictably rammed on Saturday 30th. A few hours later I set off for Scotland, destination Aberdeen for that night’s official Scottish Launch Party for Black Sheep Magazine (http://www.blacksheepmag.com)

Because the date was agreed fairly late in the day, flight options were expensive. Instead, I reverted to insane mode and opted to drive. This resulted in 17 hours at the wheel over two days and 1,030 miles on the clock. Pretty hardcore. Though I resigned myself to the knowledge that to American motorists, these kind of statistics are standard. And I felt better after learning that my mate Drew Myrie who has relocated to Finland was planning to drive ten hours from Helsinki to Lapland the following weekend.

I set off armed with sandwiches, Red Bull, and a huge stack of CD promos and mixes to be listened to, allowing the drive to have some productive value. I’d made Edinburgh in seven hours, crossing the Forth Road Bridge for the first time since the toll was abolished. (Severn Bridge, take note.)

90 minutes later I rolled up at my hotel in Dundee, which was an ideal stopping off point, and also part of the way home. After a recovery nap, I continued on up the A90 to Aberdeen.

I’d checked the weather forecasts avidly during the week, and no snow had been predicted for any part of Eastern Scotland. A call to the gig promoter MC, however, revealed that there had in fact been a fresh fall of snow in Aberdeen, and I hit it about 30 miles outside the city.

Arriving at the front door of Korova, I immediately realised I’d played there a few years earlier under its previous guise of Opium. Our party was in a newly re-opened basement section. Things got off to slow start, and there were concerns that the snow would keep people in. Venues always have spies that go out to check on rival clubs in town, and the Korova spy reported that other spots only had 20 or so people in. Our event was called Midnight Express, and appropriately, there was a late rush of clubbers who arrived in time to make the last 90 minutes of my set very lively and enjoyable. There’s a cool set of pictures now posted here:

Aberdeen venues now have a strict 2am curfew imposed on Sundays and midweek, and the finish felt unnaturally early. But shouts to MC and Kojo for a great night.

The following day’s drive home was made all the more gruelling by a fatal accident at Scotch Corner, which had me trapped on the A1 for over an hour. The day did have the benefit of allowing me to absorb about 15 full albums en route, however, practically devising the week’s radio playlist in the process.

… and that was January. Thank God.