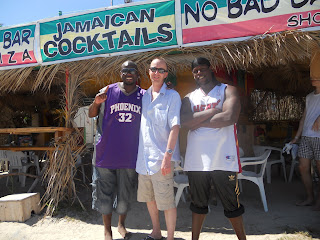 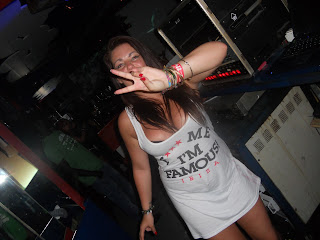 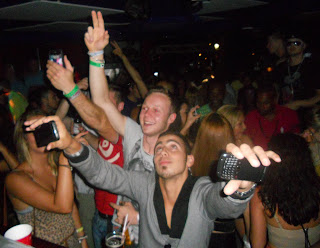 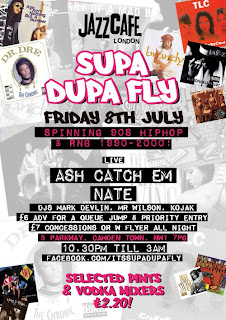 As regular readers of my Facebook and Twitter comments will be aware, what passes for ‘urban’ music in 2011 doesn’t entirely impress me, (and that’s taking great liberties with the art of understatement!) So when the opportunity came to spin a two-hour set of nothing but pure 90s revivals at Supa Dupa Fly in London, I bit the promoter’s hand off, and looked forward to it like a kid at Christmas. Thank fuck Pitbull wasn’t around in the 90s!

A bonus was that the night, on Friday 8th July, was at the world-famous Jazz Cafe, a venue I’ve visited many times to see live acts, but never played. The place was nicely packed as I took over from Benji E at 1am, and proceeded to blast through tunes from the best decade of them all, ranging from hip hop to New Jack Swing, street soul and ragga. Many of the tunes can’t be got away with on the average 2011 dancefloor, given many punters’ apparent lack of interest in dancing to anything under 125bpm, but the Jazz Cafe crowd lapped it all up keenly. I bounced around stupidly as the tuneage brought back the memories. The promoter later remarked “I could see you were in the zone.” He wasn’t wrong.

A few days later came my annual pilgrimage to Ibiza. I may hold the record for the briefest visit to the island, having stayed for as little as ten hours on previous occasions. This time Julian, owner of the Soul City venue, convinced me to stay for two days, and I was really glad I did. SC resident Mister I picked me up as I landed on Tuesday 12th, and I grabbed a power nap at the Bellamar Hotel to recharge myself for what I knew would be a heavy night at the club, on the other side of San Antonio Bay.

The competition has come and gone over the years, but Soul City has held its own as the original Ibiza venue specialising in urban music, and its reputation has now hit such a buzz that it seems to get still livelier every year. I jumped on at 2am and had the time of my life, tearing through tunes like a madman as Mister I and DJ Horse hyped it up on the mic. By the time the lights came up at 6, I was suitably hammered from the non-stop supply of shots. I take my hat off to Mister I and Horse, who do this six nights a week til 6am, all the way from May to October. They’re clearly made of stronger stuff than me.

Here’s a video snippet from the night –

I’d just about lost the headache by Wednesday afternoon, when I headed with Julian to a Soul City staff barbecue taking place on Pinet Beach, further round the bay. The setting was the Global Reggae Bar, where the musical backdrop was perfect for a lazy afternoon by the waves. There were even vegetarian sausages on the grill, meaning I didn’t have to put up with just a plate of lettuce for a change. Later on, I hit the decks at Soul City for a second night, this time pacing myself a little more carefully, (beers instead of vodka) in light of my morning flight home.

Just across the way from Soul City is 2Nice, the bar opened a couple of years ago by the Twice As Nice crew. Midweek, it serves as a taster for the brand’s big Thursday nighter at Eden, with whatever DJs and artists happen to be in town putting in an appearance. I bumped into Steve Sutherland, and we had a long chat reminiscing about old times and comparing travel anecdotes. Dr. Psycho was in the house, as ever, as was an immaculately turned out Chipmunk, who was being led by the hand by a PR girl across the street to Soul City. The 10am flight allowed for just a couple of hours’ hotel sleep. Back at Stansted, I found myself standing next to Zane Lowe who was returning from playing Ibiza Rocks and Majorca Rocks, and more musical chewing of the fat (so to speak) ensued.

The newest additions to the Soundcloud page included a special 80s edition of Urban Anthems, bringing together much-forgotten and fondly-remembered gems from another great decade. Copt that one here:

Otherwise, the Quarter 2 2011 edition of Just Buggin brings together the heaviest brand new underground hip hop jams from the last three months, in my humble opinion. That one’s at:

The month was rounded off with another well-anticipated revival session. Swindon is a town that seems to have an above-average appreciation of soulful grooves – far moreso than student-dominated Oxford – and I’ve enjoyed many a quality session there. On Saturday 30th, the action was happening at The Pig On The Hill, for an edition of the All Soul’d Out event. I was spinning alongside my good friend Stu Campbell, a guy with impeccable musical taste, with a live performance from Laura Kaye Johnson. 80s and 90s nuggets got rinsed, and it was happy faces and nice vibes all round.

… and that was July.

THE SOUND OF FREEDOM, SHOW 74