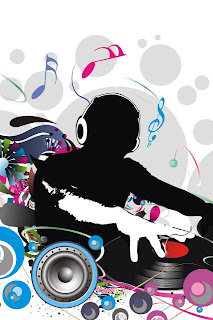 June began with the Queen’s Diamond Jubilee ‘celebrations’ in the UK. As anyone who checks my Facebook and Twitter posts will know, I don’t exactly go in for such shenanigans – but that’s all for another day and blog!  The extended weekend brought six consecutive nights of assignments; Bank ‘Holidays’ are anything but for DJs!
Sunday 3rd involved a bonecrushing six-hour party set at Grand Union in Wandsworth, SW London. Although house DJs frequently boast about marathon eight or ten-hour sets, (fuelled by who knows what?), six is as long as I can handle. The Wandsworth spot becomes a real sweatbox as the bodies start to fill it up, (as they always do.) An added challenge comes from the DJ bench being on wheels. As pissed-up punters grab the corners to steady themselves, it sends the CDJs and mixer rolling like a ship on high seas. Regardless, the spot was as full-on and lively as ever. Earlier on, I had a quick social link with Jevgenis, otherwise known as DJ Green, a good friend of mine from Latvia who moved to Croydon in England a couple of years ago.
The following day, after being rudely awoken by my daughters on far too little sleep, I hauled my tired ass up to Birmingham Airport to fly to Northern Ireland. I was met at City of Derry airport by Gary, aka Needle Knievel, promoter of that night’s shindig at The Playhouse in Portrush. On the way across the North Coast, Gary showed me the house he’s just bought, which comes with a huge acreage of farmland. This seems to include two horses, who we spent a while chasing when Gary realised he’d left the gate on to the main road open. As we cornered them, one took a huge steaming dump on the path, and they both gambolled back into the field. It was a very bizarre start to the day! 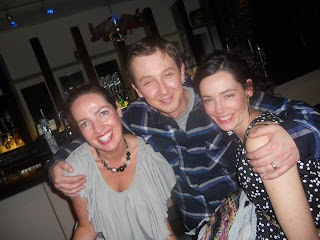 Northern Irish gigs never fail to be full of good hospitality and outstanding atmosphere. Ours ended up being in the venue’s downstairs Suckerfish Bar, and I went on after DJs Gary and Vern, dropping soul, funk, hip-hop and reggae. Bob Marley’s ‘Is This Love’ and Janet Kay’s ‘Silly Games’ got huge singalongs, and The Blackbyrds’ ‘Rock Creek Park’ resulted in a spontaneous bout of breakdancing. I finished with a UK garage selection, at which point two part-time MCs grabbed the mic, spitting it to an electrifying closing. Good people and great tunes. I look forward to getting back.
Gary’s Mum runs a guest house close to the venue. After a reasonable amount of sleep, Gary transported me back, this time to Belfast City Airport. A few hours later, I was installed back at the OX105FM studio in Blackbird Leys, Oxford. It’s from here that I deliver my regular The Sound Of Now show on Saturday evenings, but in this case, it was for a second instalment of the alternative Fish Out Of Water show. I’d invited DJs Dave from Desta Nation, Rowena from the Breakfast Show, and Gary Constant of the Constant Jammin’ Reggae Show, to pick five tracks each that are meaningful to them, but which no-one would ever expect them to be into. I also picked a few of my own. The results made for a very eclectic and left-field selection, which open-minded musos may well find of interest. You can grab the playlist and listen back from here:
Part 1
Part 2
I’m normally on-point, but on Saturday 16th I had a very blonde moment. I arrived back at the studio to deliver my The Sound Of Now show … only to discover I’d left my box with all the music I’d painstakingly assembled through the week, sitting on my stairs at home. Doh!  There was no time to go back, so the only thing was to use the CDs I had with me for that night’s Bristol gig, to assemble an 11th-hour The Sound Of Then revival session!  It turned out to be a bit of a happy accident, as I was quite pleased with the resulting show, which I put together with all the spontaneity of a live set. Amel Larrieux and Jill Scott rubbed shoulders with Grandmaster Flash, EPMD, Smith & Mighty and Jamiroquai! You can listen to the results here:
The Sound Of then 16/6/12 Part 1
The Sound Of Then 16/6/12 Part 2
Not to self: Engage brain before leaving home. 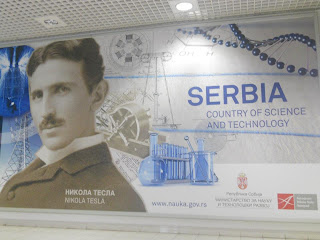 I hit the tourist trail on Monday 18th with a first-time visit to the Serbian capital Belgrade. On checking the forecasts, I was alarmed to see that the city was roasting in 33-degree heat, hotter than the Meditteranean. Sure enough, it was brain-melting conditions as I stepped off the plane, but I managed a bit of sightseeing before retreating to the air-conditioned comfort of my hotel. I was back at the airport the following morning to fly to Rome. This tuned out to be the cheapest routing home, and the seven hours between flights allowed for an excursion into the city for more Illuminati/ Babylonian Brotherhood symbology spotting. It’s incredible what you notice when you know what you’re looking for! 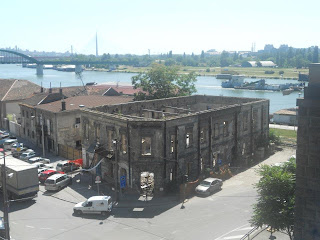 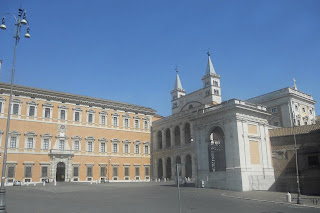 OX105FM staged its first outside broadcast on Saturday 23rd, coming from a Peugeot dealership in Oxford. I was involved, broadcasting my Sound Of Now show for the last two hours up to 8pm. Fortunately, the rig was under a marquee, as the heavens opened almost at the precise point I played my first tune. The rest of the day had gone great, however, with an open-air barbecue surviving the elements. Straight afterwards, I had a dash to London where I was due to play in The Light Bar at the swanky St. Martin’s Lane Hotel in Covent Garden. I hadn’t anticipated that this is probably the most difficult sector in the whole of the city to navigate and find a parking space – rickshaws, lunatic one-way ‘systems’ and eternal red lights don’t help – and by the time I had I was infuriatingly late for my start time. Upon arrival, I realised this was the hotel where I’d met Wu Tang Clan pioneer RZA four years earlier, and he’d given me a much-valued, but ridiculously oversized Wu Wear bouncer jacket, which fits me more like a sleeping bag! 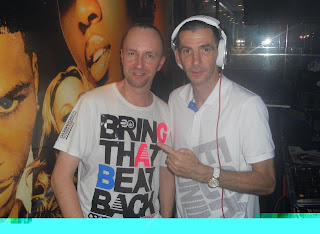 Prior to this year I’d only been to Tenerife once, on a family holiday way back in 1988. 24 years on, I boarded a flight from Birmingham on Monday 25th, ready to spin that night at Tramps nightclub in Playa De Las Americas. The club has a bar known as Notorious, which deals with R&B/ urban music every night of the week, very much like Soul City in Ibiza. Resident there is Glaswegian DJ Snoopy, now something of a Tenerife legend having notched up 18 years of playing on the island, (and a bit of a dead-ringer for Tim Westwood!) 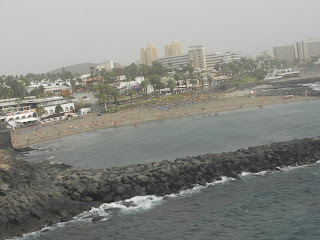 It was muggy and humid as I emerged from Tenerife South airport, and venue manager Ollie explained that a dust storm had blown in from the Sahara, causing respiratory and sinus problems in many people. It had certainly caused a mist to descend over the landscape. At Notorious, I dropped tuneage from 2 right through to 6am, at which point I was surprised to find it still pitch-black outside. I arrived back at my hotel in time to grab breakfast, before passing out for a measly four hours sleep, and catching a Thomas Cook flight home hours later.
… and that was June.