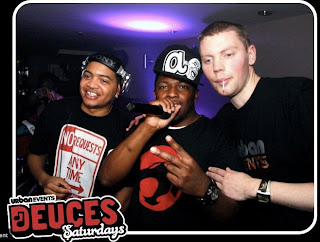 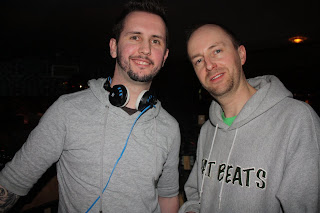 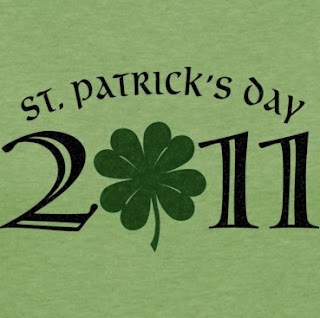 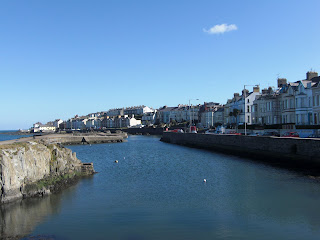 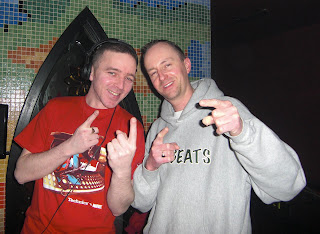 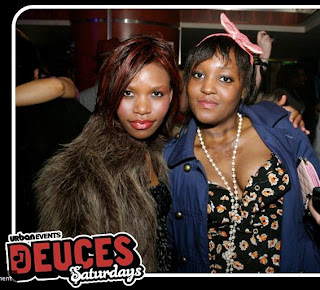 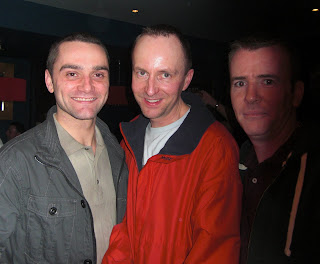 I’d like to say it happens more often, but about once a year, Mrs. D and myself escape on a quick break to our favourite spa hotel, The Alexander House in West Sussex. We managed to unload our two-year-old for the night, but this time compromised by taking our new daughter Akilah with us. It was 24 hours of good food and great pampering that was over all too quickly … although I’ve gone off the hotel slightly since learning that Jordan and that Alex thing recently spent a night there. Yuk. Hope it wasn’t in our room. My regular spot at The Living Room in Milton Keynes rounded off that week on Saturday 5th.

Road trips of 1,000 miles or more are routine in the US and Australia, but are considered a big deal in the UK. For the second weekend of March I’d lined up one of my marathon treks to Scotland. With gigs in three cities, it made little sense to fly, then try and get around by train/ bus/ taxi, so driving it was. 1,144 miles were covered by my trusty (and highly economical, I’m happy to say) Bima, which allowed for a hell of a lot of new promo and mix CD listening in-car.

With warm Spring weather at home, the forecast for Scotland made for grim reading. Friday’s six-hour drive was sunny up until the Scottish borders. By the time I’d got to Glasgow, it was nasty Arctic sleet all the way. I kicked off the three-night sweep by hanging out with key G-Town player Gavin Somerville at his gig at Bamboo, before going on to the massive Garage complex, where I joined legend Ray Woods on the decks. Ray’s been Glasgow’s leading urban DJ since the 90s, holding down classic spots like Blanket, The Crib and The Velvet Rooms. It’s always good to play in Scotland’s largest city, but its confusing one-way system and sprawling road infrastructure is something I never miss.

The weather had taken a turn for the worse by Saturday, but thankfully I only had the short distance to the Falkirk Travelodge, (living in style) then on that night to the capital city. I got to Sportsters Bar near Edinburgh’s Waverley Station at 11pm, where DJs P45 and Fabuloz were holding their new Deuces Saturday nighter. Headlining were US DJs D-Cas and Azul, who’d flown in from Atlanta specially. I got things bubbling with a 90s R&B and dancehall set, before they stepped up to blaze it. It was a great session, and the party continued in the DJ booth for a short while after lights up – here’s a highly entertaining video of that!

On to Sunday, and it was up the M90 to Aberdeen, passing a whole bunch of place names that brought back memories of my Dad catching the Scottish football results on World Of Sport back in the day – Stenhousemuir, Arbroath, Forfar, all that good stuff. Early evening, I linked with Aberdeen DJ Kojo for a quick social drink at my hotel, before hitting rainy Union Street for Sunday Shakedown at Espionage alongside Paul Doherty. The night bubbled nicely, its 2am curfew feeling unnaturally early. I grabbed just enough sleep to see me through the eight-hour drive home on Monday, arriving back with the three female Devlins around 7pm.

I don’t actually have any Irish ancestry. My name stood me in good stead for a few days later, however, as I headed off to Northern Ireland for my first taste of St. Patrick’s Day on the Emerald Isle. I mixed airlines, flying back with BMI from Belfast City, but heading out with Aer Lingus to the more distant Belfast International. There, I was collected by a driver who put me in mind of Frank Carson and we headed across the city to Bangor. The venue, Cafe Ceol, is more of a spacious bar than a cafe, and has a nightclub upstairs that’s been known by various names over the years, including The Boom Boom Rooms. I took over from resident DJ Neil Hunter, and ended up spinning just about every style of music in my collection to a packed and up-for-it crowd. The only drawback as the 1am curfew with no opportunity to get a drink afterwards, which felt far too early after such a great night. Good fun, and I hope to get back soon.

Mirage in Aylesbury and The Second Bridge in Bath rounded off the last two Saturdays of the month, while on Friday 25th, I headed to London, first to interview the poet/ philosopher Rodney Paradox for Black Sheep Mag (fascinating guy – check him out at http://www.myspace.com/rodneyparadox), then moving on to Stretch Taylor’s 40th birthday bash in EC1, where a cracking music line-up was on the cards, including a two-hour 90s hip-hop set from Stretch. I could listen to that stuff all night.

Other than that, I put out a couple of new podcasts, which are now live on the Soundcloud page. One is an instalment of Just Buggin covering the first quarter of 2011 – the very heaviest underground hip-hop tunes of the first three months of the year:

The other is a little more extreme – a Just Buggin ‘Illuminati special’, for want of a better description! The lowdown on what it’s all about is via this link. Suffice to say, this is NOT Nicki Minaj and Rihanna. We’re dealing with real music and real talk on subjects I happen to think are pretty damned important. I hope you agree:

… and that was March.

MD TO SPEAK AT THE OPEN MIND CONFERENCE IN COPENHAGEN, SEPTEMBER 2015