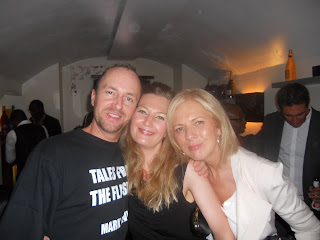 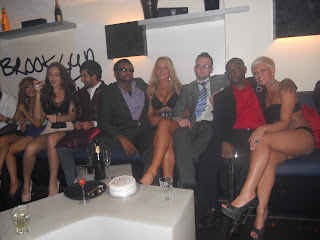 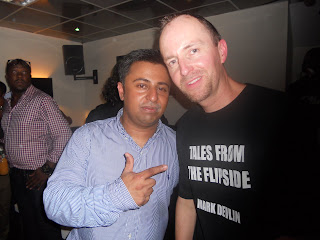 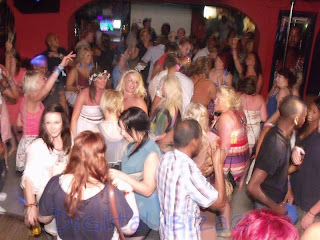 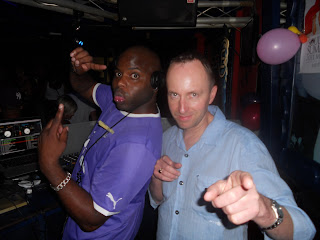 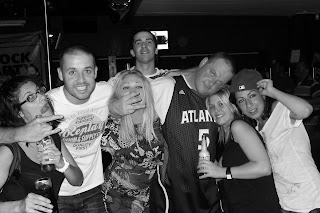 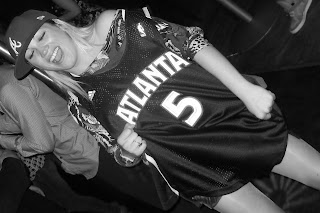 The month got off to a good start with a trek up North to Block Party in The Lake District – always a welcome addition to the diary. Life in Devlin Towers is so mental these days that I only get the chance to properly listen to new music in the car, so I lined up a stack of CD listening accordingly. The journey ended up taking seven hours incorporating a diversion to Manchester to take care of a little business, (nothing sordid, you understand,) so much tuneage got absorbed.

The gig marked Block Party’s 9th birthday, so hats off to Clyde, aka DJ Bligeness, for keeping it going for so long. This dude’s one of the most dedicated in the game, with a taste in hip-hop that’s virtually identical to my own. It’s always great to get the opportunity to let rip with a full-on audio assault at The Wheelhouse.

Fast forward to Wednesday 14th, and a re-visit to another fondly anticipated spot, Soul City in Ibiza. Each Summer I play a peak-season night in July, then go back for some closing season action in September when the crowds are a little more civilised, and the weather’s less scorching. On this occasion, veteran DJ Horse was off for the night, so I was spinning alongside his co-host Mister Ice. The Soul City atmosphere never disappoints, and I tore through styles like a madman while Ice took care of the mic.

I span the last tune at 6am, and stumbled out into the San Antonio dawn. My usual sensible demeanour goes out of the window when it comes to Ibiza, and my alcohol consumption resembles that of a naive 18-year-old. On this occasion I hadn’t eaten before coming out, so felt like I’d been marinated in vodka. I managed five hours’ sleep back at the Bellamar Hotel, but it wasn’t until back at the airport in the evening that I started to feel human again. Oh dear. When will I learn?

I’m fortunate enough to have a Dad who shares my interest in deep and alternative matters, (the nature of reality, who really controls the world, that type of thing,) so we both set off for Swindon on Saturday 17th to attend a conference event entitled Weird, (which many doubtless think would also apply to me!) On the agenda was a full day of presentations falling into what I guess would get dubbed the paranormal and ‘conspiracy theory’ fields. The speakers included Graham Hancock, author of ‘Fingerprints Of The Gods’, a book that truly knocked me sideways when I first read it. Hancock spoke about out-of-body and inter-dimensional experiences, particularly those achieved by ingesting the powerful hallucinogenic ayahuasca. Totally captivating stuff.

It was family holiday time in Weymouth, Dorset the following week. I use the term ‘holiday’ very loosely, as five days in a caravan with two small kids would be far from most peoples’ idea of relaxation. Although Parveen and myself returned home sleepless and battered, two-year-old Zaina had a whale of a time, which was all that really mattered.

It had been a minute since I’d last visited Cardiff, a city that was virtually my second home in the late 90s. On Saturday 24th, I was happy to be spinning at the second birthday party of 411, a club dedicated exclusively to black and urban music. Mo Moniz and his team have done a fantastic job of creating a stylish venue that attracts a happy, dressy crowd, but with no compromise on the music, which is as real as it gets. I spun for an hour between DJs Jigga and D Stylus, who were both on-point, and much old-school tuneage got rinsed. It was great to catch up with some old faces again. I also remembered that 411 used to be known as Liberty’s, the first club I ever played in Wales. I got home at dawn, wondering how the hell I used to manage that motorway trek there and back twice every week. I guess I was quite a bit younger then!

THE SOUND OF FREEDOM, SHOW 31