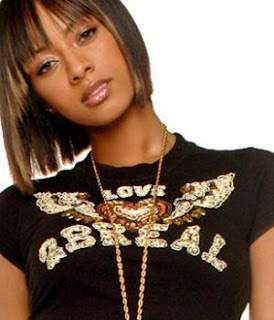 The ten tracks that are doing it on the radio airwaves or the club dancefloors this month.

This falls a long way short of matching Dre’s genius on classics like ‘Deep Cover’ or ‘Still DRE’, and comes off as rather lacklustre on first listen. But any new offering from Dre is an event in itself, particularly when it refuels rumours that ‘Detox’, the most long-awaited album in hip-hop history, might actually be a reality. There’s still a hint of that old Dre magic in the sinister and slightly grimy rhythm track.

Posse cuts used to be a regular hip-hop feature, but are a little rarer these days – prominent ones, at least. Repeating the treatment employed on ‘Touch It’ in ’06, Busta lines up an impressive array of B-list MCs on a mammoth joint paying homage to the late great Biggie Smalls, neatly timed to coincide with the movie. The basic, minimal beat leaves a lot to be desired, but the sharp vocal performances more than compensate.

In an era where the usual tired clichés continue to form the lyrical content of far too many tracks, (money, champagne, nines, ho’s, etc,) any joint that finds something original to talk about comes as a breath of fresh air. With Cam’ron and Consequence having addressed dead-end jobs, Poets frontman Black Skeptik comes with an offering about f*cked up roach accommodation and immoral landlords that will strike a chord with many a listener – especially in these times of economic hardship. KRS contributes a highly competent guest verse over a distinctly gritty, almost unsettling beat that conjures up images of damp, stinking hallways with busted lightbulbs.

BIG CITY PHILADELPHIA: HOW TO ROB AN INDUSTRY HIPSTER (White)

Basically a straight updated cover of 50 Cent’s ‘How To Rob.’ While the original took spiteful but humorous swipes at the artists of the day – Mase, Foxy Brown, ODB – the ’09 treatment does the same, with Kanye West, Pharrell and Asher Roth coming in for some well-observed knocks. Big City is actually the Philly-bred son of the notorious gangster Richie Esposito, has been arrested on drugs and murder charges, and spent time locked up alongside his mentor Beanie Sigel, so objections to the song’s observations are likely to be minimal.

Although she currently has a street tune that takes a swipe at either Beyonce or Ciara, there’s some female unity on display here, another track from the Timbaland protégée who’s had to wait a long time for some solo shine since vocalling ‘The Way I Are’ in ’07. This one’s an undemanding girl-friendly club tune with a nasty piece of vocoder on the hook, but which clearly ticks all the right boxes on a businesslike level.

You’d be forgiven for thinking you were listening to some long-forgotten Southern nugget from the glory days of Stax or Atlantic as the former Tony Toni Tone frontman further displays his love of classic soul sounds. This will doubtless go over the heads of young urban kids eager for the next slice of vocoder-laden pap, but will delight the soul purist grown folks. The album, ‘The Way I See It’ precedes the single release in early April.

The girls follow up ‘Love Is Wicked’ with another lightweight confection of ragga-infused R&B that stays just the right side of the pop barrier to remain ‘urban’ and club-orientated in feel. Head for the Birch mix for a hard-hitting slice of bassline that will slot nicely into furious uptempo sets.

An instantly arresting beat that sounds like the soundtrack to a Benny Hill routine or a Victorian freak show is certainly the way to get noticed. The tootling looped sample reminiscent of that on The Beatnuts’ ‘Watch Out Now’ provides the focal point, with the rhymes becoming largely incidental as a result. Dope Sandwich turn out to be a collective of MCs, DJs, B-boys and graph artists hailing from Savannah, Georgia. Watch out for the upcoming album ‘Dope Sandwich Presents: The Walking Sick.’

MAMS TAYLOR Featuring THE GAME & LIL KIM: GET UP ON
IT (White)

A dude that few will have heard of before, but who evidently comes with a strong production track record to his name. This rides the middle road on many levels – midtempo, mid-range production and middle-of-the-road lyrical content. The Game and Kim earn their pay cheques in equally mediocre mode.

A smooth R&B moment that’s evidently emerged from the same songwriting factory as J Holiday’s ‘Bed’. The subject matter – seducing your girl to the point of nakedness – is hardly original, but this at least has grown and sexy adult appeal rather than slotting into the teeny youth club-friendly offerings of the likes of Chris Brown and Lloyd.

GOOD VIBRATIONS PODCAST, VOL. 150: MARK DEVLIN – THE CAUSE & THE CURE