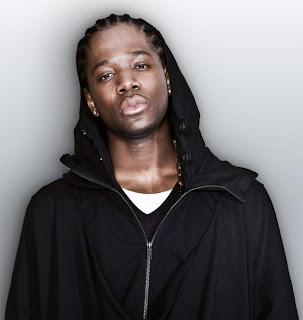 The ten that are blowing up the radio airwaves and/ or rocking dancefloors this month.

Inspired by Nas’ ‘The Unauthorised Biography of Rakim’, this is the second in a twelve-part video series appearing on Youtube, each volume paying lyrical homage to a particular black legend, (first was James Brown, next is Muhammad Ali. Toronto MC Boothe does an admirable job of fitting Marley’s life into a four-minute potted history, which is never short of fascinating.

Taking a line from MIA’s fascinatingly original ‘Paper Planes’ as its central sample, any joint that combines the four most talked about US rappers of 2008 was guaranteed to be a hard-hitter, if only for the hype value alone. Happily, this goes further, each MC doing them over the slightly sinister resonant rhythm track.

A killer combination cut of the kind that comes along only rarely these days. Strictly on the underground tip – grimy lyrics over a stark, abrasive, relentlessly rolling beat. Hell, even Wayne sounds vaguely blazing on this!

BEYONCE: SINGLE LADIES/ IF I WERE A BOY (Sony)

The Knowles Hitmaking Factory, (powered as much by pops Matthew as by Beyonce or Solange themselves,) know a trick or two about pulling a catchy girl-friendly club bubbler out of the air, and it can’t have taken long to put all the elements together for ‘Single Ladies’. It’s no ‘Crazy In Love’, but it’ll get asses shaking and tonsils wobbling. ‘If I Were A Boy’, meanwhile, sees B slip into meaningful songwriting territory – even if the same theme was explored only last year on Ciara’s ‘Like A Boy.’

LL’s quality control may have been patchy at times, but you can’t take away the fact that he’s now been putting out hit records consistently for almost 25 years. Seriously, is there any other artist who can say this? His ’08 album, ‘Exit 13’, is a return to hard-hitting form, and these are the two standout cuts. Boom-banging energetic hip hop the way it should have always remained.

Estelle’s style sits comfortably in reggae territory, as evidenced a few times on her excellent ‘Shine’ album, and this follows ‘No Substitute Love’ in semi lovers’ rock fashion. Sean Paul’s interjections join with the catchy melody to make this a mainstream winner.

… as opposed to Devlin The Dude, which is of course me. Known primarily as an entertaining sidekick of Dr. Dre, it’s only now that Devin stands to be recognised as an A-list artist in his own right. This certainly does the trick – Nate Dogg-style vocal meanderings about the consequences of a heavy night on the tiles, over a blissfully souled-out beat.

Don’t be put off by the nonsensical artist name. The Hackney wordsmith comes with a truly absorbing and mesmeric selection that’s enough to restore any cynic’s belief in the art of real hip hop. Standout cuts are the sublimely-rhythmed ‘Blossom’, the surreal ‘Graveyard Shift’, and the touchingly poignant ‘The Lord’s Chorus’, set to an interpolation of Grace Jones’ ‘Slave To The Rhythm.’

Jersey City native Trae’s been around for a minute, and was credited with creating the genre of ‘hip-hopera’ on her ‘Naked Gun’ of a few years ago. Here, she gives her considerable vocal powerhouse an airing on a cool update of the Rick James/ Mary Jane Girls evergreen, and deserves extra props for re-introducing the world to Patra, the undisputed queen of mid-90s reggae dancehall.

Not too complicated a songwriting formula here, and an ‘Umbrella’-style monster it ain’t. But I guess we can be grateful there’s no goddam vocoder all over it! Bobby stays in the familiar twittering midtempo mould for which he’s now known.