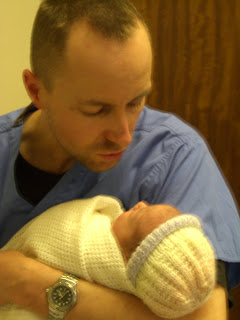 The prospect of fatherhood was becoming a distinct reality by the start of December, with Parveen’s expected delivery date falling on the 17th. This had a bearing on my movements; I’d had to regretfully turn down a couple of overseas offers, instead ensuring I was no more than two hours from home at any given time, should D-day come unexpectedly. A small price to pay for such a great reward!

Getting ahead of myself as far as possible, I’d completed my 2008 Bangers mixes by the start of the month. I’m giving out free CD copies at all my gigs, while the download links are available via the homepage of this site. As ever, the set included an R&B and a hip hop mix – the big hits of the year peppered with the odd personal favourite. On this occasion, the third mix covered the bassline/ grime genres, in recognition of how massive these styles have been in UK clubland during ’08. This one should be of particular interest to overseas heads curious to hear how it’s been going down in London and beyond. Hope you’re feeling ’em.

Legendary guest artist time on my radio show on Wednesday 3rd as I got to chat to Erick Sermon and Parrish Smith, aka original veterans EPMD, now 20 years deep in the game, and having regrouped for the new album ‘We Mean Business’ and introductory single ‘Listen Up’ featuring Teddy Riley. Sadly we didn’t get to meet, the interview being done over the phone to New York. With the album sounding just like anything the group put out in their 90s heyday, Erick pointed out that they continue to make music for the mature heads, and the current Soulja Boy generation can take it or leave it – they couldn’t care less either way. Real talk!

Friday 5th marked the FM107.9 Christmas meal at the Royal Oxford Hotel. Having gone over ten years without attending such gatherings, (largely as a result of not having a proper employer in all that time,) these are still a kind of novelty for me. This year I managed the starter and main course before having to dive off to the palatial Regal in Cowley Road for my weekly resident set. After the meal, the radio lot followed on for an after-party and I got the opportunity to entertain my bosses and fellow DJs for the first time, bringing out the DJ demon in me.

There was strong evidence of the silly season in effect the following night at Que Pasa in Watford, and I succumbed to the temptation to drop Kurtis Blow’s ‘Christmas Rapping’ for the first time. It was a cool night but an unfortunate element arose from a birthday party gathering. A girl from the group asked me to play a track she’d specially burned to CD. Ordinarily I wouldn’t play anything other than my own tunes, but on this occasion I obliged. A while later, a less polite member of the same party asked me to play it again as she’d missed it. I pointed out that everyone else in the venue had heard it once, at which point she found it necessary to remind me her gathering was responsible for a lot of business that night, then went to the manager to ask for me to be instructed to play it. Unnecessary. It’s the sort of scenario that belongs firmly in the ‘Things You Should Never Say To a DJ’ group on Facebook, (well worth an entertaining look for anyone that’s not peeped it already) Just one of those occupational hazards, I guess.

The process of assessing my hottest records of the year has turned out to be illuminating. Although many heavy tunes got made and are always there if you dig deep enough, the fact remains that the majority of (U.S) mainstream hip-hop and R&B output has been pure garbage, making 2008 surely the lamest year yet.

So much of the blame has to be laid at the door of the appalling Auto Tune sound. How the hell has this vomit-inducing method of making ‘music’ been allowed to permeate so far into the culture? Why do consumers not simply refuse to support brainless school disco music, thereby forcing the makers to go back and return with something more credible?

The sound reminds me of those nasty Euro-cheese Summer records that you hear in shit holiday hotspots. Now comes the news that, following Kanye’s piss-poor album, P. Diddy is planning to contribute an Auto Tune album to the world. Why would you do that, Puff? If Kanye told you to go and jump off a cliff would you do that?

Hmmm. P. Diddy jumping off a cliff … now there’s a thought. Somebody give this man a map to Beachy Head.

The bulk of December consisted of regular gigs at venues I frequently play, so there’s not much of interest to recount, other than revisiting familiar territory – the dumb things that punters continue to say to DJs, (‘have you got anything good?’, ‘aren’t you playing any music?’ five minutes after the venue has closed and everyone else has left.) I keep myself going with thoughts of what I plan to say when I’ve decided to give up the whole DJing lark and I’m playing what will be my last ever gig.

Annoying bitch: Me and my friends want to hear Pussycat Dolls and we want to hear it next.
Me: That’s because you’re a spoilt little bitch who’s too used to getting her own way. You can’t always get what you want, which is something your parents clearly never taught you, but I’m only to happy to be your tutor. Now fuck off and get some taste.

Can you imagine? Fantastic! Anyway, enough of that. It’s nearly Christmas and I’m in a good mood…

Fast forward to the last Friday before Christmas, which Northerners always refer to as ‘Mad Friday’. Not that I was in the North this year. Location for the night was Que Pasa in Staines, deep in Ali G territory, a venue now run by Rodney Bennett. Rodney was formerly a part of the Gigolos DJ/ promotion crew who ran many memorable UK Sensations parties throughout the Thames Valley area in the early 00s. With a wide variety of ages and cultures in attendance a very far-reaching set was called for. It was the sort of experience that really tests a DJ’s versatility, and I appreciated the opportunity to try and keep everyone in the room happy for at least a fraction of the night. Hopefully I succeeded. More of the same was called for at the Watford branch the following night.

I had two radio shows going out in Christmas week, which for practical purposes were pre-recorded. ‘Just Buggin’ on Christmas Eve gave the opportunity to drop half an hour of Christmas hip-hop records in the run-up to midnight, which seemed the appropriate thing to do. As well as obvious contenders like Run DMC’s ‘Christmas In Hollis’ I managed to unearth a copy of the Juice Crew’s rarely-heard ‘Cold Chillin’ Christmas from 1988, featuring the strong line-up of Big Daddy Kane, Roxanne Shante, Marley Marl and the other Cold Chillin’ kingpins. Boxing Day’s show was a four-hour affair, repeating last year’s format of running through the Urban Top 40 of the year – all the big hits that I don’t generally play on the radio but have to in the clubs. NYC’s DJ Drastic was recruited for guest mix duties. Both shows are still available for download via www.fm1079.com – just head to the Crew section and select Mark Devlin.

Christmas Eve itself saw me back at Que Pasa in Staines. It’s fair to say the night did not run smoothly, and I ended up with a story that will come in very useful should I ever decide to publish a sequel to ‘Tales From The Flipside’. As the venue doesn’t have an in-built DJ console, a couple of Denon S-1200 CD players had been drafted in for the night. It’s now clear what the ‘s’ stands for. A short while into my set a CD jammed on me in front of a bustling dancefloor. Ten minutes later a different CD jammed on the other machine. Then another. Then another. In the midst of much heckling, venue manager Rodney was forced to switch to the in-house video/ music system, (similar to the automated system most radio stations now employ.) For half an hour, we scrolled frantically through the menu to find Christmas songs, just locating the Pogues with seconds to spare as I blurted out a Christmas countdown on the mic. Hectic, and comical in retrospect, but no fun while it was happening. I use the same CDs at every other venue I play and they’ve never caused a problem. In contrast, this was the first time I’d ever played on these particular Denons. These machines belong in the toilet.

Christmas was the usual family affair, and our hopes of having a Christmas baby were dashed as the day came and went. I went back to work at The Bridge in Oxford on Saturday 27th. Finally, at 1.40pm on Monday 29th December, our beautiful daughter Zaina Anwara Devlin was born, weighing in at 7lb 6oz. I appreciate that baby talk is really tedious for non-parents, (and even for those who are!) so I won’t dwell on it too much, except to say that my life has now been clearly divided into two halves – before and after 29/12/08. Life will never be the same again, and it’s an incredible feeling that nothing could have prepared me for.

My DJ mate Stretch Taylor became a Dad in late October, and warned us that we’d be busier than we’ve ever been in our lives. He wasn’t kidding. Parveen had to stay in hospital for a few days, so I was back and forth between home and the hospital like a yo yo. Fortunately, I had the three days running up to New Year’s Eve off. My venue for the big night itself was Que Pasa in Watford. The night peaked early with most punters already wasted by 10pm. It was a lot of fun, and I hauled out a bunch of tunes I can generally only get away with on nights like NYE. For the run up to midnight I dropped Prince’s ‘1999’, encouraging everyone to change the lyrics to ‘2009’. As ever, my trusty Big Ben CD had everyone going mental to the chimes, (synchronised with the radio-controlled clock on my laptop to ensure absolute accuracy, of course!)