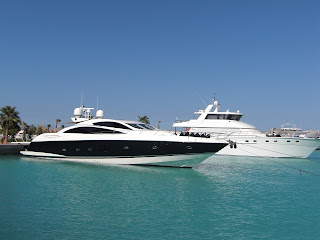 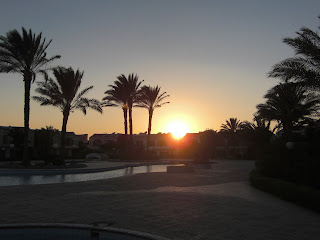 Every so often, a gig opportunity comes along that seems to make all the many regular drudge jobs worthwhile. The latest occurred over the first weekend in July as I headed out to play the Ministry Of Sound venue on Egypt’s Red Sea coast.

There are two Ministry Egypt venues – in Sharm El Sheikh and Hurghada. Both are franchises of the famous London brand, but, confusingly, are separately owned, despite sharing the same website. My gig was in Hurghada. My favourite holiday so far has been the Nile Cruise and Pyramids tour I took in 1996, and this marked my first time in Egypt since. Easyjet recently opened up routes to both Hurghada and Sharm out of Gatwick. True to Summertime form, my flight was delayed by two hours. The further five in Easyjet’s regular no-frills fleet was far from comfortable.

The temperature in the UK had been off the scale, and it was an even more baking 35c in Hurghada even at 9pm, as MOS marketing manager Owen picked me up. He proceeded to show me the group’s empire. As well as the Ministry-branded Papas Beach Club, (site of my Saturday gig,) they also have a slick Hed Kandi-branded beach/ pool club in a further franchise move, and own a handful of other bars and eateries around the Marina area. This lot have Hurghada on lockdown.

Sharm is highly popular with Brit tourists, whereas Hurghada is dominated more by Russian and German visitors. Both locations are popular for deep sea diving and snorkelling. Like Dubai, Hurghada was little more than a fishing village a couple of decades ago, but is now sprawling. The cheap cost of living makes it an understandbly appealing holiday destination.

There was little doubt that the Smoove party, (reviving the long-defunct London club night of the same name) was going to be awesome. It didn’t disappoint. Despite sweltering temperatures the crowd kept jumping as I tore it down from 1.30 to 4am. The night served as a humbling reminder of how privileged we travelling DJs truly are to be doing what we do. Midway through my set a Dutch Human Beatbox artist by the name of Marcel, (Holland’s answer to Marcel,) jumped up to perform a five-minute cameo. I’ve posted some footage of it on my Youtube page, and there’s pics from the rest of the trip in all the usual places.

I was offered the opportunity to go quad biking over sand dunes in the desert on Sunday, but with the temperature at egg-frying levels, I wimped out and declined like a lightweight. Instead I spent the day at a barbecue/ pool party at the beachside residence of one of the bosses. Sure beats mowing the lawn. Easyjet only operate their route on certain days, Monday night being my earliest opportunity to return home.