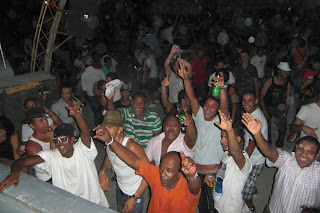 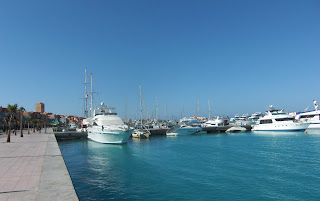 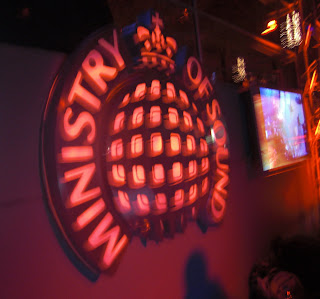 Any hopes of keeping cool during July were dashed early. From the not inconsiderable 25-degrees of Gatwick on Friday 2nd, I found myself heading to an even more scorching Egypt. It was a highly welcome trip, marking my third visit to spin at the Ministry Of Sound beach venue on the Red Sea coast of Hurghada. It’s a hectic place, and the random chaos starts with the dust and bustle of the airport. My gig was on the Saturday night, so I linked with British expat promotions manager Owen for a bite followed by a few drinks at Ministry, which saw me nicely crashed out for the night.

The bar, restaurant and club action of Hurghada is mainly centred around the Marina in Sekalla, which is where I headed on Saturday, hooking up with some of the DJs from Hed Kandi Beach Bar, owned by the same people as Ministry. One was Hed Kandi jock John Jones. As we got chatting, we established that he grew up in, not just the same part of West London as my wife, but the very same street. What are the odds?! The Red Sea resorts are extremely popular with Russians and Germans, and the roars of elation as Germany scored each one of their four World Cup goals against Argentina could surely have been heard over on the Sinai peninsula.

As Saturday night arrived, I took to the decks of Smoove around 1.30am, blazing and blasting tuneage to a cool and up-for-it crowd. As much as I dislike it, the tune getting the best reaction was K’naan’s ‘Wavin’ Flags’, given the World Cup and African connections. As ever, it was a stunning and highly memorable night.

Direct flights from Hurghada to London are scarce, and my only way of getting back any earlier than Monday night involved first getting a morning flight to the fashionable tourist haven of Sharm El Sheikh. The Egyptair flight took in stunning views of the Red Sea, and was the shortest I’ve ever known, being in the air for no more than 20 minutes. I then had a tedious eight hours to kill before the Easyjet from Sharm to Gatwick, so took a cab to Naama Bay. This is the main hub for bars, restaurants, British pubs and hotels in Sharm, and I took a quick look at the resort’s Pacha club, which was recently voted 25 in Mixmag’s Top 100 international clubs. The resort was teeming with holidaying Brits. Before long though, the roasting heat was killing me, and I headed back to the air-conditioned comfort of the airport.

True to form with Summer flight delays, the eight-hour wait turned into a ten-hour one, with touchdown in Gatwick at 1am. I made it my mission to be in bed beside Parveen no later than 3. I just made it.