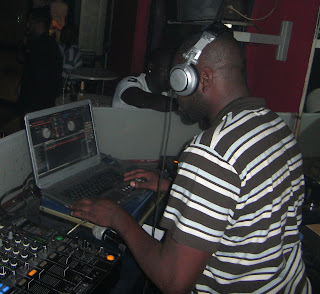 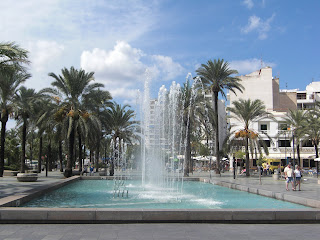 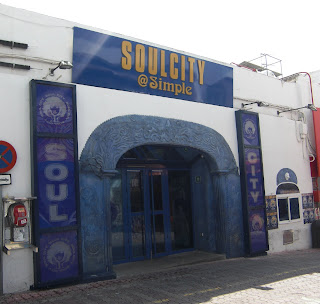 The Stansted run occurred again on Tuesday 15th as I headed for some closing season action at Soul City in Ibiza. This time I mixed airlines, travelling out with Ryanair and back with Easyjet. The Ryanair portion came in at just £15 all-in, (avoiding every one of O’Leary’s attempted extra rip-offs, of course,) whereas the Easyjet return cost four times as much. My Ibiza trips usually only see me on the island for nine hours thanks to annoyingly inconvenient flight times. On this occasion, an evening routing on both the outward and return leg enabled me to stay for almost 24 hours (!)

A glance at the Yahoo weather site had revealed warnings of rain for most of the week and sure enough, it was bucketing down as I emerged through Arrivals. Soul City manager Julian picked me up, and we discussed just how rare rain is on the island. There was some concern over how it might affect club numbers that night, and I started cursing my choice of date. In the end, the rain had all cleared up by midnight, and Soul City enjoyed a regular capacity crowd. I played alongside all-Summer resident Mr Ice, and the place rocked as it always does. UK Funky was clearly the music of choice, with anthems like ‘Migraine Skank’, ‘Are You Gonna Bang Doe’ and ‘Head Shoulders…’ tearing it down. There’s a video showing the enthusiastic reaction to Ice dropping ‘Migraine Skank’ here.

I slept in til 11am, which is quite an achievement for me. On leaving my hotel, the rain had completely cleared up and San An was basking in warm sunshine. Over lunch with Julian and his daughter I caught some insider’s viewpoints on Ibiza Summer ’09, including just how much Pete Tong gets paid for playing Wonderland at Eden every Friday. He won’t struggle in his old age. As I’d suspected, despite the superclubs heralding yet another spectacular year in their promo propaganda, numbers and takings have been considerably down at most venues this season. Still the big clubs continue to charge up to 47 Euros (Pacha) for entry and 12 Euros for a beer. It’s hardly surprising recession-hit punters have been heading to less expensive resorts like the Greek Islands this year. There’s a lesson there somewhere.

THE SOUND OF FREEDOM, SHOW 36

‘I DO NOT CONSENT’ T-SHIRTS