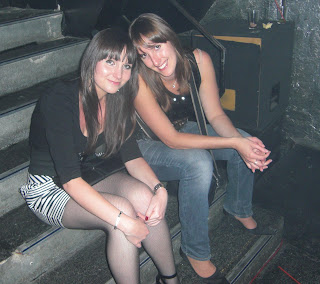 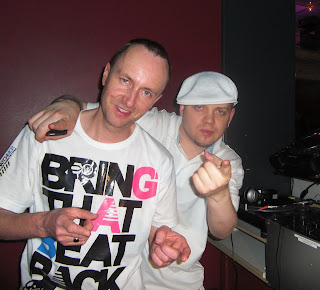 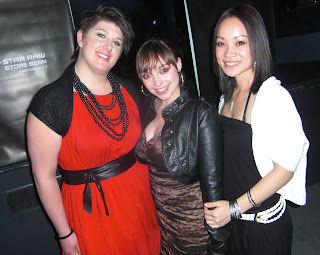 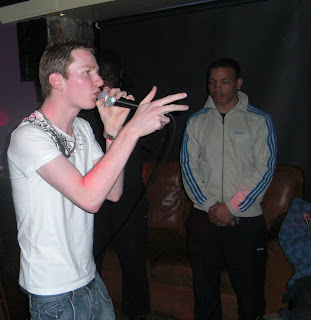 June got off to a strong start as I found myself heading out to Czech Republic on Saturday 5th. My last two overseas gigs had been destroyed by the volcanic ash cloud grounding flights, so I was relieved when the Wizzair departure out of Luton finally left the tarmac. On the agenda was the 12th Anniversary session of Soul Train at Radost FX, Prague’s longest-running black music night, run by the hard-working team of DJ/ MC Rico, (British/ Caribbean) Big J (Chicagoan,) and 12 Play, (Czech – I think??!) Full props to the guys for keeping a night running so long in the fickle and ever-changing world of clubland. If you ever find yourself in Prague on a Saturday night, this is the session to go hang out at, trust me.

The flight didn’t land until almost midnight, which meant a quick taxi dash to the hotel, then straight out to the club. Also on the bill was MP Marcus, of London’s Pesky Kids, and Parisian Marco Del Le Vega. Rico gave each DJ their own set, followed by a back-to-back session with another jock. This really keeps you on your toes; each DJ instinctively wants to draw a stronger tune than the previous man, while keeping the bounce and flow of the dancefloor going. The night culminated in Marco and Marcus going at it like a couple of madmen, digging deep into the Serato and swinging their heads so hard you’d swear their spines were going to break. With the VIP bar in full flow, this ended up the great session it was always destined to be. Pics here.

The boutique-style Icon Hotel is worthy of a mention. Cool, funky and immaculate, it’s the sort of place where ordinary soap won’t do – it has to be mandarin and mint. Notable features included a fingerprint-recognition roomsafe, the first time I’ve seen one, and an all-day breakfast, which was ideal for my evening departure home.

My outing to The Second Bridge in Bath on Friday 18th was an easy journey. My entire time on the M4 was spent while England were playing Algeria in their ill-fated 0-0 draw, ensuring the roads were deserted and clear.

The following night, I headed West again for one of the more fulfilling of my UK gigs. The Apartment in Swindon has a reputation for dealing with quality soul, funk, R&B and hip-hop. It closed for over a year following a change in management, but re-opened following a refurb in May. On Saturday 19th I played at the flagship King Pin event, alongside Swindon’s DJ Sweets. As before, I was able to drop quality grooves with little interference, and I’m already looking forward to getting back there on 7th August alongside Ronnie Herel, who also liked the place so much he asked for a monthly residency. Hats off to manager Jamie for resisting the temptation to go down the easy mainstream route.

The last weekend of the month was far livelier than the average. It kicked off with a visit to baking hot Switzerland on Friday 25th. I’ve spent so long flying on the likes of Ryanair that the experience of having an alloted seat number on the Swiss departure out of Heathrow – not to mention a complementary sandwich – felt really bizarre. The gig, The Lick, took place in the swiss capital of Bern. For some reason there are no direct flights there from London, and connections are wildly expensive. The only realistic option was to fly to Zurich and take the train over to Bern, (with the entertaining sight of another train heading in the direction of a place called Wankdorf.) Once there, I was met by DJ Soulchild, Switzerland’s premier R&B DJ, his girlfriend, the singer Faye B, and the promoter, Chris. Switzerland were playing in the World Cup that night, going up against Honduras. It ended up a draw, which doubtless zapped some of the good karma the crowd at Du Theatre would otherwise have had. Nevertheless, it was a memorable and well-attended party. Pics here.

On Saturday, I routed back via Zurich, gaining just enough time for a quick catch-up nap before heading out to The Bridge, Oxford for the regular end-of-month business. The place was a sweatbox. Thankfully, whatever else didn’t work in the DJ booth, a stray decrepit fan still did.

Four hours’ sleep later, I was headed to Birmingham Airport, bound for Aberdeen for the Summer Megabash party staged by DJ/ promoters MC and Kojo. Being so far North so close to Midsummer, it was only just getting dark as I headed over to Korova at 11pm. There was a modest gathering at the session where a lot of solid music got spun, (particularly by Kojo,) along with a hard-hitiing but brief PA from upcoming local rapper Mad Mickey. Pics here.

Final event of the month was the radio show on Wednesday 30th. This featured my phone interview with River Nelson, an inspiring US MC whose new album has been produced by Lewis Parker, and is banging. The interview’s also posted on Black Sheep if you want to know more about him. Check out the link.

… and that was June.

MD AT 411 CLUB, CARDIFF, THIS SATURDAY