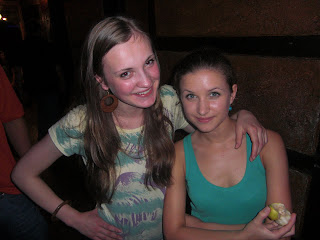 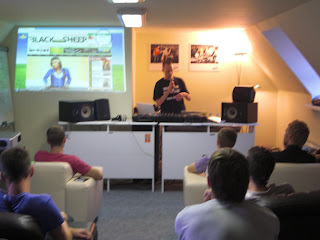 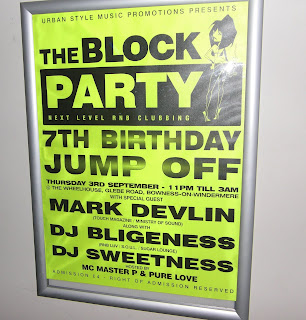 With a depressing and drudge-laden August finally out of the way, things were looking a whole lot brighter on 1st September, with a couple of overseas DJing trips and some other interesting stuff lined up.

Setting the tone was my radio show on Wednesday 2nd, where my good DJ buddies Dale (aka DJ Cybernetic) and Stu (aka, err, DJ Campbellicious) passed through to drop an hour-long live mix. With real vinyl too! These guys have been flying the flag for proper, quality black music in their hometown of Swindon for a long time and deserve their respect. The mix veered from soulful 80s grooves, through to contemporary organic hip-hop. Great stuff. The show’s still available to listen to on the following links:

The following day I headed off with my girls on the long road trip to the Lake District. Parveen and myself have attended The Block Party night at The Wheelhouse many times, but this marked eight-month-old Zaina’s first time up North. A year ago, the two of us would have just thrown our bags in the car and sped off. The amount of paraphernalia now required to keep a baby fed, rested and satisfied for 24 hours defies belief. It takes half an hour just to make the list.

We eventually rolled into a rain-soaked Windermere at 5.30pm, dropped our bags at the guest house, and headed off for a carvery meal at the Lakeview pub. At a credit crunch-beating £3.50 per head it’s hard to go wrong! With P & Z safely installed in bed, I crept out at 11.30pm, joining Clyde, aka DJ Bligeness, MC Master P and ragga DJ Sweetness for the 7th birthday session of Block Party. With a loyal crowd always in attendance, and heavy tunes getting rinsed throughout, I can truly say I’ve never had a whack night at the Wheelhouse. Thursday was no exception, There are now so few top-quality urban nights left in the UK that pioneering ones like this are to be cherished all the more. Pics from the night are posted here:

A long Zaina pit stop extended Friday’s journey home to six hours, at the end of which I was good for nothing except monging out in front of the TV. I was back on the regular DJing trail on Saturday night in Watford.

First overseas jaunt was a welcome return to Latvia on Wednesday 9th, for a two-night DJing double-bill. It was returning from my last visit that I suffered a full 24-hour delay at the hands of Ryanair, and was rescued by a similarly-stranded Danny Rampling getting me a hotel room for the night. But the strength of the parties, and the fact that Riga is home to the prettiest and blondest girls in Europe more than made up for it.

After dinner with promoter/ DJ/ Ai-va and his assistant Agnes, I was dropped at the City Hotel, where Reception had helpfully displayed a list of bars that were known to regularly rip off punters and were to be avoided. With one of them going by the name of ‘Pussy Lounge’ I think we know what type of ‘clubs’ we’re talking about here.

Fortunately, my gig was in the highly respectable and plush Amber Night, part of the Riga Latvija Hotel. Wednesdays are never the liveliest night, but the crowd numbers were boosted by Latvia’s football match against Switzerland that night, and after midnight, a bunch of Swiss fans draped in the Red Cross flag, (and some with flag tattoos on their faces) drunkenly piled into the venue. Ai-va is known as the ‘mash-up king’ in Riga, specialising in cut-and-paste tracks that take the accapella of one well-known tune and run it over the instrumental of another. So you might hear a 50 Cent vocal over the beat from Toto’s ‘Africa’, for example. He’s also big on the eclectic ‘Baltimore Club’ sound. A web page advertising the night reminded me that the Latvian language automatically adds an ‘s’ to the end of names. so in Latvia I’m always Marks Devlins.

Thursday was a warm, sunny day in Riga, making the picturesque Old Town look even more attractive. I transferred to the Reval Hotel, which, although I’d played there, hadn’t been available to stay the previous night owing to the football fans, and a doctors’ conference. In the evening, I delivered a talk for the second time at The Rhythm Institute, an association which Ai-Va runs to tutor upcoming DJs and producers in various aspects of the industry. This time, I talked about Black Sheep Magazine and my book, ‘Tales From The Flipside’, as two (hopefully) interesting side aspects to DJing. I’m no public speaker and normally go to pieces in front of a crowd, but the familiar subject matter enabled me to carry it off. The time passed quickly and it was highly enjoyable. I even flogged a couple of books!

Prior to Thursday night’s gig, I called into the massive Essential, Riga’s largest club, where Ai-Va was DJing the opening set before house superstar Fedde Le Grand; (impressed to hear him play Jay-Z & Alicia Keys’ epic ‘Empire State Of Mind’ – Ai-Va that is, not Fedde.) Latvia’s gone halfway on the smoking issue. It’s technically banned, but clubs are still allowed to have designated indoor areas. On Thursday, the entire four-roomed club was evidently the ‘area.’

From there, we moved on to Pulkvedis, (‘colonel’ in Latvian, apparently,) a jumping pub-like venue, where I span a fast-moving party set. Great fun, and good to see a couple of UK Funky numbers like Maxwell D’s ‘Blackberry Hype’ and Whoodunnit’s ‘Wobble’ tearing it up. For some reason, Thursday has long been the liveliest club night in Riga, despite folk having to work on Friday. Before turning in for the night, we headed for brief visits to late-night spots Milk and Kefhir.

The rain was falling on Friday morning as I headed back to the airport.

MD AT THE SKY’S THE LIMIT 4 EVENT, LONDON, THIS COMING TUESDAY