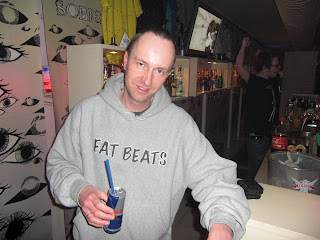 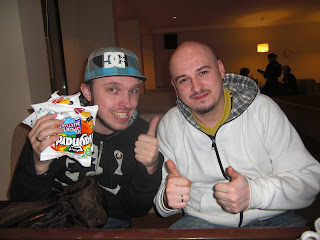 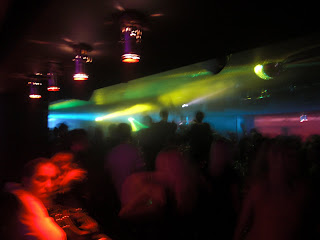 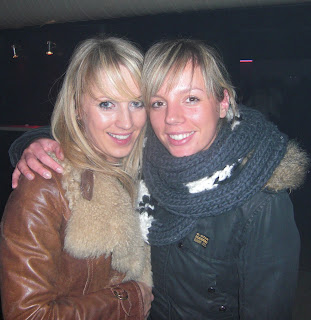 A gig in an underground nuclear bomb shelter-turned club was always going to be special. Sure enough, Club Gravity in the Lithuanian capital of Vilnius didn’t disappoint, ending up one of those occasional experiences that reminds you just why it is you do what you do. Amidst the more dreary drudge activities of regular weeks, I find these outings are life-affirming and vital!

My previous experience of playing in Riga was plagued with a Flipside-style disaster when my Air Baltic flight was delayed by four hours and didn’t arrive until 2am, resulting in me being whisked directly from airport to decks in a matter of 30 minutes. I landed at a far more comfortable 6.45pm on this occasion, (Saturday 6th March,) and linked up straight away with DJs Mamania and Mantini, the two key players in town. Vilnius was a freezing minus 3C with a biting cold wind.

My hotel, the Europa City, was conveniently situated just across a freeway from Gravity. I walked over at midnight, following the crowds that had congregated outside, drinking and blasting music from their cars prior to going in. It’s a low-key, unassuming exterior. Once inside, a walk down a long, narrow tunnel takes you deep into the bowels of the underground lair that is Gravity. Apparently, should the worst ever occur, the club would immediately be reclaimed by the government and revert to its original intended use.

There’s video snippets of the entrance to the club here, and the crowd going crazy to some tuneage right here.

The event, The Jam, happens once month and is the club’s most popular, attracting a loyal crowd. My set followed Mamania, directly after a troupe of street dancers had performed their routine, (see here for a brief video of that.) I had the time of my life dropping two hours of jump-up party bangers, (including a foreign road-test for Tinie Tempah’s ‘Pass Out’, which thankfully destroyed it even though it’s not been released in Lithuania.) I recorded my set, and an edited version is available to listen back to right here.

A mere two hours’ sleep is par for the course with Euro gigs, and after drunken late chats with Mamania and British promoter Mark Splinter, I headed home, with a very swift 30-minute connection in Riga, Latvia. Gravity may well go down as my top gig of 2010. It’ll certainly take some beating.

MD PLAYS AT SOUL CITY, IBIZA, THIS TUESDAY AND WEDNESDAY