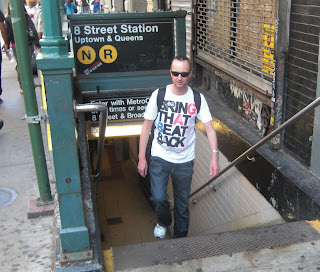 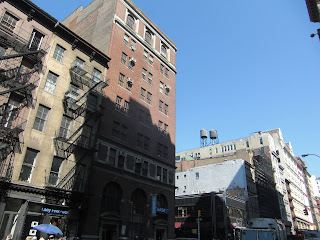 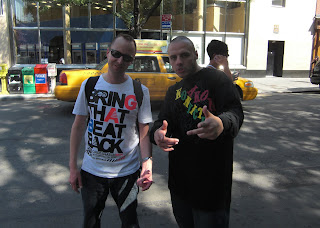 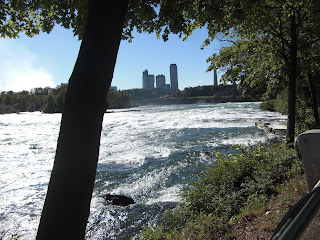 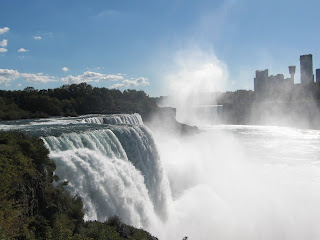 The travels got underway again on Sunday 19th, this time to the U.S. I had been due to visit in April, but the Icelandic volcano put paid to that. The BA flight from Heathrow Terminal 5 was extremely choppy over the Atlantic, the extreme turbulence making many passengers uneasy, (myself included,) so touchdown at JFK was a great relief. The huge immigration queues reminded me that I really should have arrived into Newark, which tends to be slightly less hectic. US Immigration have changed the Visa Waiver programme so now, instead of filling in the green forms, you’re obliged to complete one on-line before you travel. Not entirely fair on old folk who don’t have a computer. I was delighted to see they still run the entertaining question ‘between 1933 and 1945 were you involved in Nazi war atrocties?’ Has anyone honestly answered yes to this? Even if you were, why would you admit it? Plus, even if you were only 18 in 1933, that makes you 95 now. Do many 95-year-olds hop on to flights?

I spent Sunday night in a JFK airport hotel, before heading back in the morning for a Jetblue departure up to Buffalo. From there, I bussed it to Niagara Falls, where I spent 24 hours on the tourist trail. The Falls are truly breathtaking, and I crossed the Rainbow Bridge to Canada to get a selection of pictures from both sides of the river, (they’re here.) Incredibly, in 1896, the Falls completely froze over for four days, and there are pictures showing an explorer walking behind the resulting sheet of ice. The only disappointing thing about Niagara was my hotel room. I’ve known cleaner landfill sites.

On Monday evening, I linked with Chris Baran, an up-and-coming DJ who I’d been corresponding with, and we headed to a bar in nearly Buffalo for beers and a chat. I had been due to spin at Pure nightclub in the city, but that got cancelled following the incident during the Summer where a guy went beserk and shot four people at a wedding reception in a restaurant. The city’s nightlife scene went into meltdown as a result. Cheers, mate.

Back to the airport the following day to connect back to JFK, and from there, on to Brooklyn. My homie DJ Drastic had told me of an epidemic of bedbugs which was supposedly sweeping the city, and the Prince Hotel in Bay Ridge, where I was staying, looked just the sort of place for it – although there were none in immediate evidence. I linked with Drastic for a late-night ‘Hood tour around the district. We linked again the following day to hit Manhattan, with the former site of the legendary Fat Beats record store among our stop-offs. It was sad to see a location that has passed into hip-hop legend reduced to a derelict shell. We ran off a quick video which you can see here:

After that, it was back to JFK Airport for the return home from what amounted to the briefest of whistle-stop tours. The BA flight was held on the tarmac for two tedious hours due to take-off queues, which felt more like two weeks, and reminded me NEVER to fly into JFK again. Always use Newark.