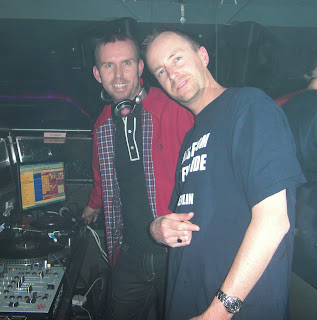 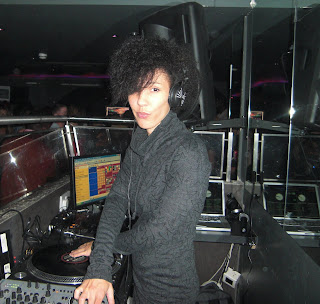 Some music-makers are a dream to interview. Others are damned hard work. I started the month with phone chats lined up with artist/ super-producer Ryan Leslie and J Dilla’s younger brother Illa J. Not sure if I caught him on a bad day, but the Ryan Leslie phoner tested my skills to their limits, leaving me with the impression that the dude just had no interest in being interviewed. Judge for yourself with the following excerpts, which, I swear, have not been doctored in any way!

On Friday 3rd, I headed to Belfast for another welcome spot at Fabulouso, the weekly jam at Mono staged by husband-and-wife DJ Team Ghost and Brown Suga. On this occasion, I chose to fly from ‘Bristol Airport’. This made sense as I was playing in nearby Bath the following night, which saved going home in between. I’d only flown from ‘Bristol’ once before, and I’d forgotten just how bloody far the airport is from the city. Calling it ‘Bristol’ is pushing it – it’s not even in the same county, and, being approachable only by minor roads, must surely be the most inaccessible airport in the UK. Add to that some ludicrous pricing for their parking, which charges by the day of the week rather than per 24-hour period, and I can say that I won’t be travelling from Bristol again.

The night at Mono was populated by an up-for-it and enthusiastic crowd, and provided a great deal of musical exorcism of some of the crap I’m forced to play at most of my English gigs. On after me was Brown Suga, who dropped a red hot dancehall selection that kept the place rocking all the way. And me.

The flight back to ‘Bristol’ took less than 50 minutes on Saturday afternoon. I’d barely turned my laptop on when we’d already started our descent to land. I killed the time before my Bath gig with a visit to some family friends in nearby Calne, crashing out in a spare bedroom to catch my mandatory Saturday disco nap.