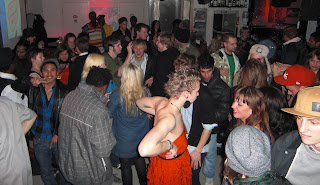 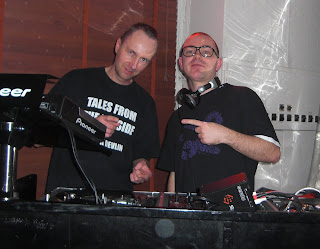 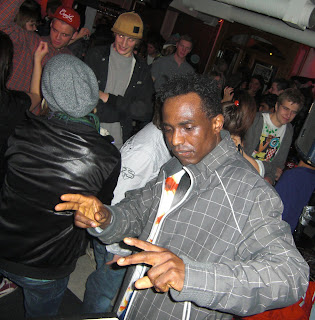 Any gig where I can get to play tunes as diverse as Michael’s Incredible Bongo Band’s ‘Apache’ and Singing Sweet’s ‘When I See You Smile’ – at peak time on a Friday night and with no requirement to go into familiar pop territory – is a very special thing. Sure enough, DJs from all over Norway and beyond look forward to spinning at Teddy Touch’s Soul City night in Bergen. I do too, and my return visit on Friday 30th was much anticipated.

Direct flights from London to Bergen are limited, so I spent the whole day routing out first to Stavanger, then on to Bergen. Norway was chillier than the UK, but nowhere near the Arctic temperatures I’d experienced in December a few years before in Oslo, when I could actually feel my brain freezing inside my head.

Soul City’s venue, Cafe Opera, is of the small intimate variety, and it’s only because of this that its adventurous, but always hip hop-based music policy works. The more expansive a club dancefloor, the more calling there is for the big hits to keep larger throngs entertained. I span between sets from Teddy, kicking off with some 90s boom-bap hip hop and ragga, then, when the time felt right, unleashing some of the more bass-heavy UK Funky sounds on the Norwegian heads, which went down very well indeed.

The only sour point was the relatively early finish, with the lights coming full on at 2.45am in accordance with the city’s local law. I’m used to European gigs stretching to 5am and beyond, whereas this cut-off point was far more in keeping with UK culture. The cost of living being as high as it is in Norway, many folk habitually get tanked up on supermarket booze before heading out to the clubs. This had the effect of Cafe Opera only really being busy for the last 90 minutes of the night.

I recorded both mine and Teddy’s sets, and they’re available to listen back to on the following links if you fancy something different to the usual club set sounds.

Back at my hotel, the big dilemma was whether there was any point in going to bed for the two hours until I had to board the dawn airport bus to start heading home, this time via Oslo. I gave in, getting about 90 minutes shut-eye, but feeling worse afterwards than if I’d stayed up. An occupational hazard. I’m so used to flying Ryanair that SAS offering a breakfast came as a real culture shock.

THE SOUND OF FREEDOM, SHOW 53